Dwight Powell scored 21 points and was perfect from the floor in his return to the Bay Area after starring at Stanford, and the Dallas Mavericks beat the Golden State Warriors 124-97

Dwight Powell and the Dallas Mavericks had little time to relish another impressive win against the Warriors on the road.

It's off to the next stop on a back-to-back in Northern California -- a meeting with the Kings in Sacramento on Wednesday.

Powell scored 21 points and was perfect from the floor in his return to the Bay Area after starring at Stanford, and the Mavericks beat the Golden State Warriors 124-97 on Tuesday night. 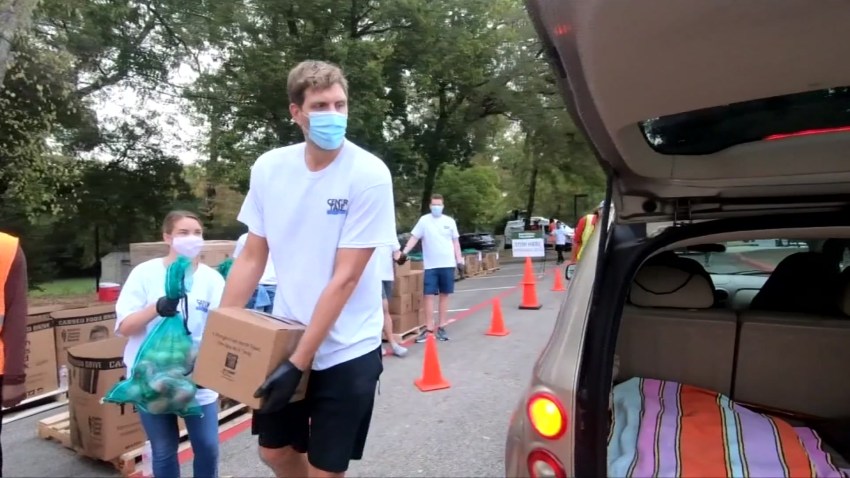 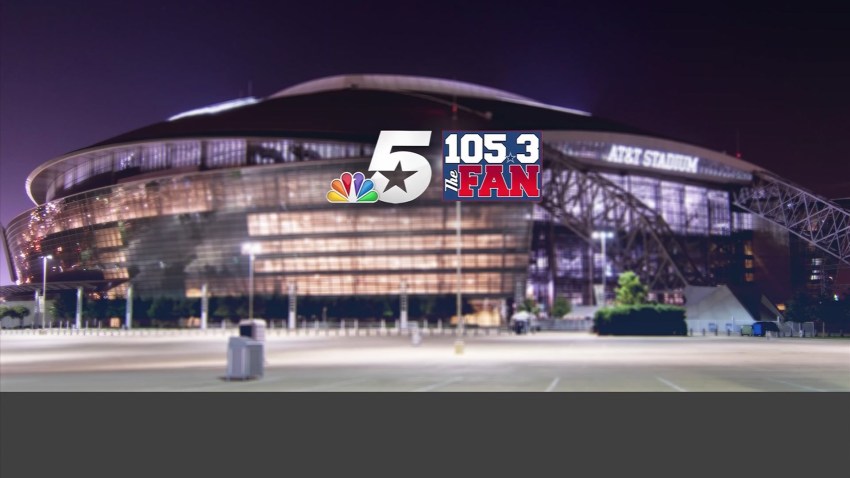 "The win is great but it's a quick, jam-packed road trip so we're on the bus ready to go for another one tomorrow," Powell said.

Luka Doncic added 20 points and eight rebounds as the Mavericks won their fourth straight against the Warriors -- three in a row on their home floor. Powell shot 9 for 9 and grabbed six rebounds.

And injury-plagued Golden State lost another player when guard Jacob Evans III was taken to a hospital to be evaluated for a head injury. He was helped off the court with 4:38 left in the first half after getting hit with an elbow by Powell as they fought for a rebound.

The Warriors trailed by as many as 28, then used a 13-0 run in the third quarter to make things interesting.

"I liked our concentration, effort and focus defensively," Mavericks coach Rick Carlisle said. "We made enough plays on offense to get a lead and get out of here alive."

Dallas star Kristaps Porzingis, who had been listed as questionable, sat out an eighth straight game. He has been feeling ill and is still dealing with soreness in his right knee.

Porzingis could be ready in time to face the Kings on Wednesday.

"With him being under the weather and the rehab of the knee, it's just the stars didn't align for tonight," Carlisle said before the game. "Tomorrow night might be a possibility, but he's going to work out before and we will see where we are tomorrow."

Dallas made six of its first 12 shots from 3-point range -- three by Maxi Kleber -- and built a 28-18 lead while hitting 11 of its initial 20 shots overall. The Warriors started 8 for 20, with four baskets by Russell.

Mavericks: Dallas has won the last three meetings by a combined 95 points, including 142-94 on Nov. 20 at home and 141-121 in San Francisco on Dec. 28. The Mavericks already had won the season series for the first time since taking two of three in 2011-12, but have now swept the regular-season matchups for the first time since winning all four in 2002-03. ... The Mavericks are 9-2 on the road vs. the Western Conference.

Warriors: Golden State is expected to sign F Marquese Chriss as a two-way player Wednesday, just more than a week after he was waived by the team last Tuesday. There was a two-way spot open as Golden State worked to sign Damion Lee to a standard NBA contract after he expired his NBA service time allotment as a two-way player. Chriss will now split time with the Santa Cruz Warriors of the G League. The 22-year-old Chriss provided a boost for the injury-plagued Warriors after signing as a free agent in late September, averaging 7.4 points, 5.4 rebounds and 1.9 assists in 17.7 minutes over 37 games with three starts. ... The Warriors are 5-9 against the West at home.

Warriors star Klay Thompson will have his No. 1 jersey retired at Washington State on Saturday, traveling on owner Joe Lacob's private plane to Pullman, Washington, for the halftime ceremony when the Cougars host Oregon State.

"I haven't been back in about five years," Thompson said. "To go back and see the people I really grew up with, the community that really embraced me, it's very nostalgic and it's just really cool because that was a dream of mine leaving Pullman. I didn't think it would ever come true and it did, so it's exciting."

Splash Brother Stephen Curry can't wait to go along, as well as Zaza Pachulia and Mike Dunleavy. General manager Bob Myers is scheduled for a surgery and won't make it.

"I heard it's pretty cool there," he said, then later added with a smile, "Go Cougs!"