Fans in China got an ideal show: a down-to-the-wire game, and a chance to cheer one of their own.

But the biggest cheers of the night were saved for Dallas' Ding Yanyuhang, who played the final 8:33 -- a stint he won't forget.

"We know how special this night is for Ding," Barea said. "We love him as a teammate and we've been having some fun the last couple days. We're proud of him and we're excited for him." 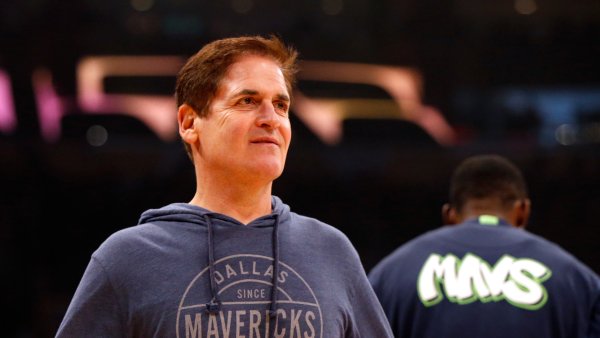 Mark Cuban on COVID-19 Vaccine Mandates: ‘I Require My Employees to Be Vaccinated' 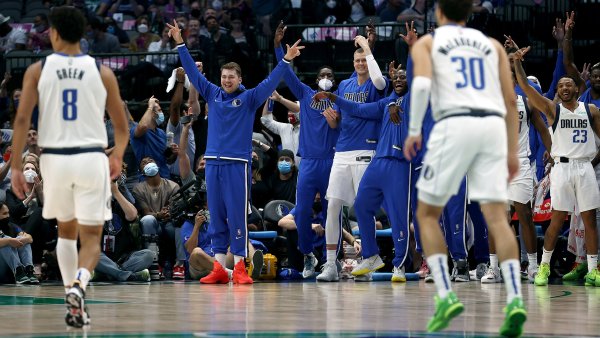 Mavs coach Rick Carlisle presented Ding with the game ball afterward. The Chinese rookie was held out of the first game in the two-game Philadelphia-Dallas series with knee soreness but gutted his way through it on Monday night.

"Ding did very well, considering that he's only had one partial-contact practice, which was (Sunday)," Carlisle said. "He hasn't practiced. So to go out there and be part of that group that finished the game successfully is a very good thing."

Carlisle said Ding will sign an Exhibit 10 contract with the Texas Legends, the Mavericks' G League affiliate, when the team returns to Dallas. He will need continued rehab on his knee, and when he's cleared to play he will head to the G League.

Ding, who finished with one point, called the chance to play an NBA game in China "a precious gift."

Jalen Brunson had 11 points for Dallas, plus got a steal in the final seconds to help preserve the win. Dennis Smith Jr. and Dwight Powell each scored 10 for the Mavericks.

Joel Embiid scored 29 points for Philadelphia, going 11 for 16 from 2-point range -- though he did miss all six of his 3-point tries. Robert Covington scored 18 points for the 76ers, who got 10 points apiece from JJ Redick and Ben Simmons.

"I believe when you watch what he's doing, and he's had a summer of health, and he's had a preseason of health, that there are signs of dominance," Brown said. "And where I get most excited is his leadership and his maturity have been excellent."

Redick made his first shot Monday, meaning he started 11 for 11 on the China trip. He made all 10 of his shots in Philadelphia's win over Dallas on Friday and finished 4 for 9 on Monday.

There were six lead changes and two ties in the fourth quarter alone, and the game went down to the very last moment. Daryl Macon made one of two free throws with 13 seconds left to put Dallas up by two, and Brunson added a free throw following his steal to push the Mavericks' lead to three.

Demetrius Jackson missed a pullup 3-pointer at the end that would have tied it for Philadelphia.

Mavericks: Dirk Nowitzki (ankle surgery rehab) remained sidelined, though he did address the crowd pregame in Shenzhen just as he did on Friday in Shanghai. ... Doncic got called for fouling Amir Johnson on a jump ball in the second quarter. Referee Tony Brothers said Doncic swiped Johnson across the arm as they leaped to control the tap. ... Dallas used 15 players, none of them taking more than nine shots.

76ers: Philadelphia committed 70 fouls in China, 35 in each game. ... Embiid had a beautiful reverse pivot to get loose for a dunk late in the first half. Problem was, he slammed the ball into the front of the rim. ... Simmons got a first-quarter technical for flexing after a dunk. ... Philadelphia started 0 for 9 from 3-point range, before Mike Muscala connected.

The booing of Redick -- "polite booing," he called it earlier in this trip to China -- continued every time he touched the ball. Redick appeared to use a derogatory term for Chinese people several months ago while taping part of a video where NBA players were wishing fans Happy New Year. Redick apologized quickly after the video came out and said the usage of the slur was unintentional, insisting that he was tongue-tied.

Both teams were flying back to the U.S. after the game. Philadelphia was hoping for a slightly quicker trip than the one that brought it to China; the 76ers had a scheduled stop for refueling in Calgary, Alberta, on the way over and wound up being on the ground for several hours because of a snowstorm. All told, it took Philadelphia nearly 22 hours to get to China.