Prescott to Return Against Broncos; TCU Moves on From Gary Patterson

Dak Prescott will be back under center Sunday afternoon when Dallas hosts Denver at AT&T Stadium after the Cowboys improved to 6-1 with their starting quarterback out last week.

However, the injuries troubles aren't completely over for Dallas -- left tackle Tyron Smith will Sunday's game with a high ankle sprain. The Cowboys announced Thursday that Terence Steele will slide to the left side and La'el Collins will return to his right tackle position.

To preview Sunday's game and discuss the Cowboys' defense, Diante Lee of Pro Football Focus joins the show. Dallas ranks sixth in the NFL against the run, allowing 88.3 yards per game on the ground -- an improvement from last season's 158.8 rushing yards per game.

The Cowboys defense has improved dramatically against the run this season. Diante Lee of Pro Football Focus explains what Dallas has done differently and then reflects on Gary Patterson's defensive at TCU. 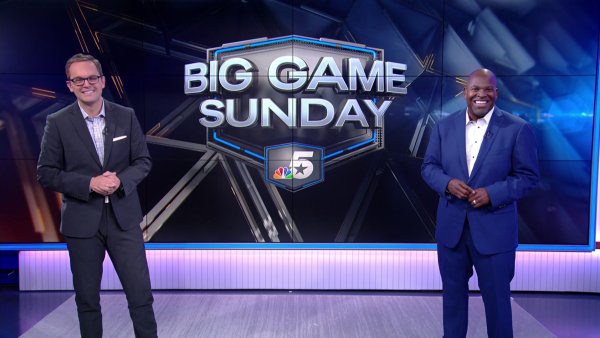 On the college front, TCU prepares for its first game in more than two decades without Gary Patterson at the helm. The Horned Frogs host No. 12 Baylor on Saturday at Amon G. Carter Stadium. There's also a top-15 matchup in College Station, where No. 13 Auburn visits No. 14 Texas A&M, and Texas tries to stop a three-game losing streak at Iowa State.