One former and two current Dallas Cowboys will take to the stage at the 50th Academy of Country Music awards show Sunday at AT&T Stadium.

The all-star affair will take place at the home of the Dallas Cowboys so it's only fitting Troy Aikman, Tony Romo and Jason Witten would have a part in the show.

Despite a fire on Lady Antebellum singer Hillary Scott's bus Thursday in North Texas, the country group is among the performers at the star-studded event Sunday, along with George Strait, Garth Brooks, Kenny Chesney, Miranda Lambert, Blake Shelton, Florida Georgia Line and Luke Bryan to name a few. 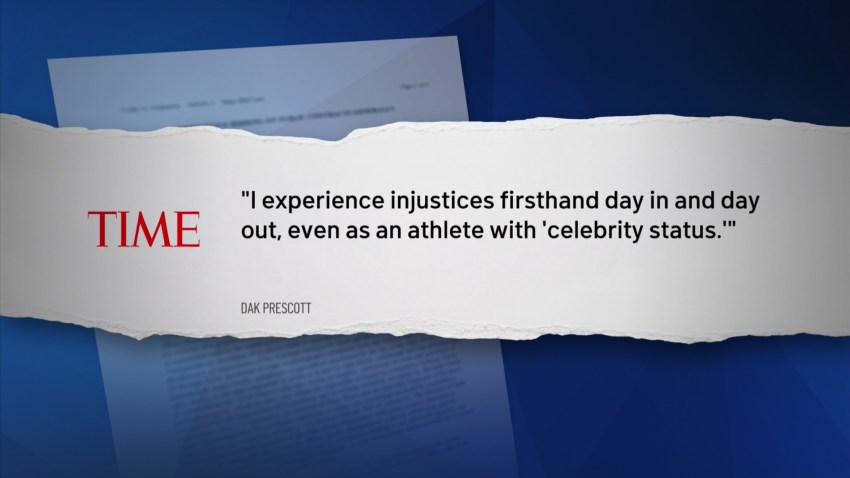 North Texas county music fans have plenty of opportunities to hear from their favorite stars in events leading up to the ACM Awards broadcast.

On Friday, the ACM Lifting Lives benefit gala takes place at the Omni Dallas hotel. Originally there was going to be two events one in Fort Worth and one in Dallas, but event organizers decided to make it one big event with a cocktail reception, dinner, live auction and musical performances from Hunter Hayes, Keith Urban, Lady Antebellum, Little Big Town, the Band Perry and promised "special surprise guests." Garth Brooks, Trisha Yearwood, Nancy O'Dell and Montel Williams will host.

On Saturday, the ACM Charity Motorcycle Ride and Concert will start at Longhorn Harley Davidson in Grand Prairie and Strokers Dallas in Dallas and end with a "post-ride rally concert" at Maverick Harley Davidson in Carrollton. The concert hosted by by Dierks Bentley will feature Montgomery Gentry and Thompson Square to name a few.