From the outside, the United States has never looked so vulnerable — or unpredictable

For America's allies and rivals alike, the chaos unfolding during Donald Trump's final days as president is the logical result of four years of global instability brought on by the man who promised to change the way the world viewed the United States.

From the outside, the United States has never looked so vulnerable — or unpredictable.

Alliances that had held for generations frayed to a breaking point under Trump — from his decision to back out of the Paris climate accord and the Iran nuclear deal, to quitting the World Health Organization amid a pandemic.

The U.S. House of Representatives approved a resolution urging Vice President Mike Pence and President Donald Trump's Cabinet to invoke the 25th Amendment and remove Trump from office. Hours earlier, Pence had sent a letter to House Speaker Nancy Pelosi, D-Calif., stating he would not do so.

And then, by seeking to overturn his loss to Joe Biden, Trump upended the bedrock principle of democratic elections that the United States has tried — and sometimes even succeeded — in exporting around the world. How long those aftershocks could endure is unclear.

“It is one of the biggest tasks of the future for America and Europe — to fight the polarization of society at its roots,” German Foreign Minister Heiko Maas said. “We will only be able to preserve the belief in togetherness, in democracy as the most humane form of statehood, and the conviction in science and reason if we do it together.”

But in many ways Europe has already moved on, forging ahead on the deal with Iran, negotiating a trade agreement with China spearheaded by Germany, and organizing global actions to protect the environment.

In a letter to House Speaker Nancy Pelosi on Tuesday, Vice President Mike Pence said he doesn’t believe invoking the 25th Amendment to remove President Donald Trump from office is “in the best interest of our Nation or consistent with our Constitution.”

On the same day an angry mob stormed the Capitol to try to overturn the presidential election won by Biden, a record number of Americans died of coronavirus. One other recent event also showed U.S. vulnerability: the cyberespionage operation still working its way through an untold number of government computers and blamed on elite Russian hackers.

World leaders who saw the deadly violence in Washington “will need to consider whether these events are an outlier event — a ‘black swan’ — or whether these extremist white supremacist groups will continue to be a significant influence on the direction of U.S. foreign and domestic policy, instead of receding with the end of the Trump administration," the Soufan Group, a global intelligence and security firm, wrote Tuesday.

People tend to think of fragile countries “in terms of war as the biggest problem, rather than violence, and thinking in terms of state collapse as the biggest problem rather than states that internally disintegrate,” said Rachel Kleinfeld, a scholar of democracy and violence at the Carnegie Endowment for International Peace. Kleinfeld, like many others, said the assault on the U.S. Capitol may have come to a head in a matter of weeks but was years in the making.

Rep. Mary Gay Scanlon, D-Penn., describes her reasons why she would vote for a resolution urging Vice President Mike Pence and President Donald Trump's Cabinet to invoke the 25th Amendment.

And the U.S. capacity to fight for democracy was already tarnished before the mob egged on by Trump sought to overturn his election loss. For many, those events were merely confirmation.

In an internal note on the State Department's “dissent channel” obtained by The Associated Press, American diplomats said Trump’s actions had made their job harder. “It is critical that we communicate to the world that in our system, no one — not even the president — is above the law or immune from public criticism,” the note said. “This would be a first step towards repairing the damage to our international credibility.”

Trump showed no contrition, however, saying Tuesday his fiery rally remarks to supporters were “totally appropriate.”

Steven D’Antuono, Acting Director of the FBI Washington Field Office, and U.S. Attorney Michael Sherwin told reporters on Tuesday that they expect hundreds to be charged in connection with the Capitol riot. D’Antuono also defended the FBI’s response to intelligence prior to the riot, saying, “The FBI cannot open an investigation without a threat of violence or alleged criminal activity… in this case, we had no indication information was linked to any specific person but this was a matter of an online discussion.”

In Iraq, a country that still struggles with the controversial legacy of a U.S.-led invasion in the name of democracy, many people followed the Washington events with a mixture of shock and fascination.

Then-U.S. President George W. Bush boasted that Iraq would become a model of democracy in a region ruled by dictators. Instead, the country fell into protracted war between Sunnis and Shiites in which tens of thousands of people died. Although it has an active parliament and regular elections, it is a dysfunctional democracy based on a sectarian power sharing agreement, with corrupt parties haggling over ministries and posts so they can give jobs to supporters while lining their own pockets.

Ahmad al-Helfi, a 39-year-old Iraqi political cartoonist, said what happened at the U.S. Capitol is a blow to the democracy it tried to bring to Iraq and other countries.

President Donald Trump spoke to reporters before he departed to visit a section of border wall in Alamo, Texas, saying he disagreed with impeachment talk but stressed he wanted "absolutely no violence."

“By mobilizing his followers in an effort to overturn the results of the election, Trump confirmed that instead of exporting democracy to Iraq, America imported the chaos, non-peaceful transition of power, and failure to accept election results,” al-Helfi said.

Anahita Thoms, a German lawyer and trade expert who spent years living and working in the United States, said last week's events would indelibly mark America’s image abroad. Thoms is a board member of the Atlantic Bridge, a think tank promoting cooperation between Europe and the U.S. — the kind of organization founded in the aftermath of World War II when the U.S. helped to rebuild the economies of many countries in western Europe that had been destroyed by the war.

Germany was one country that benefited the most from those U.S. financial and democracy-building efforts.

Looking ahead, she said American officials may have a tougher time promoting democracy abroad.

“The U.S. remains a country that lives its democratic values. But this aspiration, which is presented very strongly to the outside world, mustn’t get too many cracks," Thoms said. "I think a lot of diplomatic skill is going to be necessary to counter those pictures.”

The International Crisis Group, which normally focuses on global war zones, wrote its first assessment ever about the risk of election-related violence in the United States in October. Stephen Pomper, who helped lead the work on the report and lives in the D.C. area, said in the best of circumstances, the United States could eventually point to the decision of Congress to resume certification of Biden's election after the breach as a first step in successfully protecting its democracy. 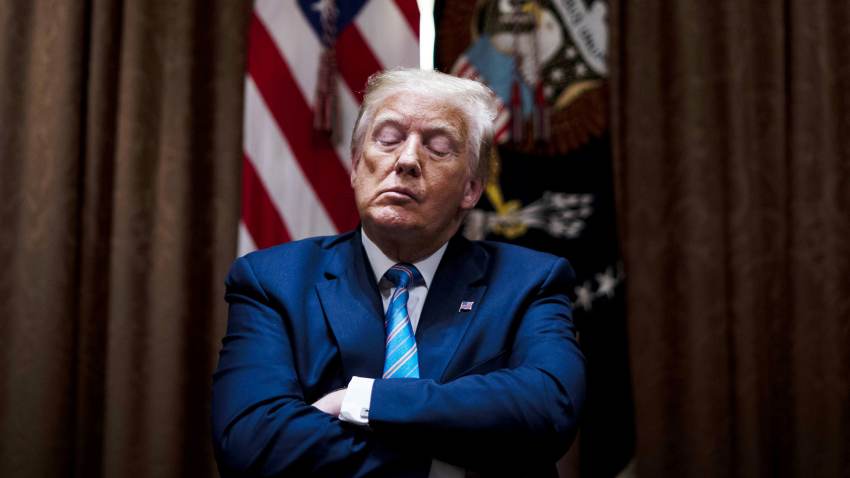 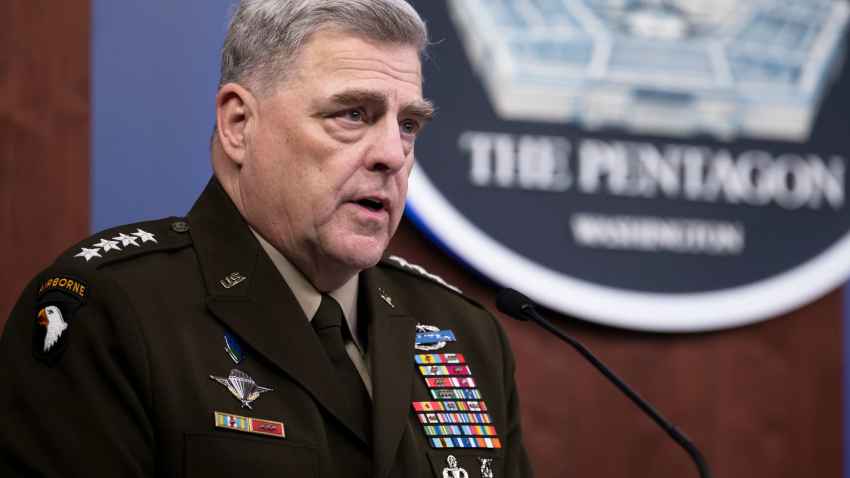 “Look, we created these institutions. They did become a source of resiliency for us. They helped us get through this very difficult period. Let us help you develop the same kind of resiliency,” he said, describing a hypothetical future conversation between the U.S. and a struggling government. “That would be a positive story to be able to tell at some point, but I don’t think the pieces are quite there yet.”

Pope Francis was more optimistic, telling Italian broadcaster Mediaset: "Thank God this exploded” into the open because “we have been able to see why this is, and how it can be remedied.”