D.C. fell in love with Pope Francis during his busy 48 hours in the nation's capital. The pontiff flashed a sunny smile, distributed handshakes and hugs to his admirers, bopped around town in a tiny Fiat and spoke truth to Congress.

There were a few particular moments where you could feel even the coldest Beltway hearts warming to the People's Pope. Here are some of our favorite #PopeInDC moments: 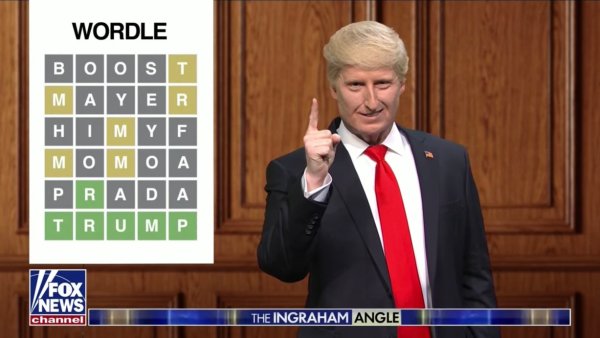 Who can resist a world leader with a smile like this -- and an enthusiastic, jazz-hands-ish wave? Read more >>

We all know it doesn't take much to make the Speaker cry. But these tears have extra resonance when you consider that Boehner, a former altar boy, has worked for years to get a Pope to visit the Capitol. Watch his speech to Congress >>

Feeding the Poor and Hungry

This is why we love this Pope. He spoke to Congress -- then wheeled right over to St. Patrick in the City to speak to Catholic Charities and spend some quality time with its clients -- people who are poor, homeless, vicitims of domestic violence and survivors of all of the above. He waded right into the crowd, same sweet smile on his face. Read more >>

And He Likes Dogs

Watch as a little girl -- the daughter of immigrants -- delivers the pope a T-shirt and a heart-warming, hand-drawn card that said, "My friends and I love each other regardless of the color of our skin." Read more >>

Even the pope has to duck out of meetings! (Only his are with hundreds of bishops.) He ran out of time while greeting clergymen at a prayer service at a Washington cathedral. Read more >>

His Holiness didn't drive through Washington in a black SUV. Instead, he took a Fiat 500, an Italian car that looks as much like a golf cart as a limousine. Read more >>

These nuns kept their cool while waiting for the pope to celebrate Mass and canonize a new saint. Read more >>

He may be the embodiment of the Holy Spirit, but Pope Francis is down with snapping a picture guaranteed to get a bunch of "likes" on Facebook. Read more >>

The faithful left overjoyed after Francis' parade around Washington, D.C.'s Ellipse, but likely none moreso than the parents of a baby that was carried to the popemobile for a blessing. Read more >>

What song do you play to entertain the pope on his first time at the White House? How about a rousing choral number that proclaims, "You are the strength of my life"? Read more >>