The 2018 Academy of Country Music Awards marked a memorable night for the victims of the massive Las Vegas shooting, comeback queen Carrie Underwood and triple-winners Chris Stapleton and Miranda Lambert.

Jason Aldean paid tribute to the 58 people who died at the Route 91 Harvest Festival in Las Vegas last October when he was named entertainer of the year Sunday for the third consecutive time.

"It's been a rough year," Aldean said, thanking those "that showed us love and support over the last six months." 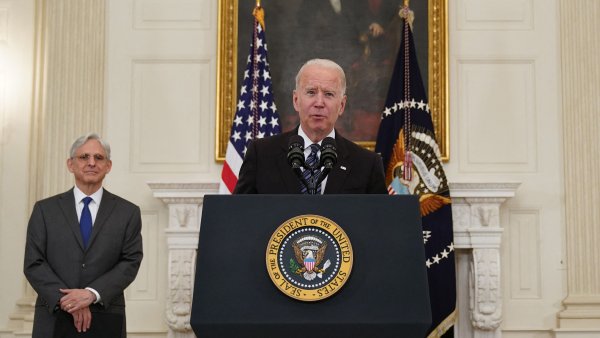 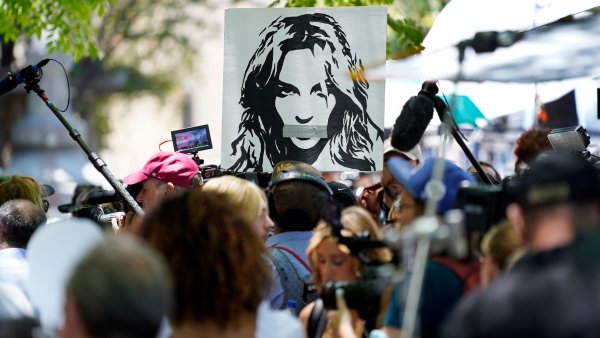 Britney Spears Asks Judge to Free Her From Conservatorship

The ACMs brought the country music community back to Vegas six months after the deadly tragedy. Aldean was performing onstage when the shooting occurred.

"You guys are in our hearts always," Aldean said. "We love Las Vegas. Vegas strong."

Though Aldean beat out Stapleton for the top honor, Stapleton's Sunday was met with many high points: His wife, Morgane, gave birth to twin boys; he celebrated his 40th birthday; and the leading nominee, who didn't attend the show, won male vocalist of the year and album of the year, where he won twice as a singer and producer.

Underwood also had a big night, returning to the stage like an A-List veteran in her first television appearance since injuring her face and wrist last year due to a fall at her home. Her powerhouse vocals shined when she performed her new song, "Cry Pretty," earning a rousing — and long — standing ovation from the audience.

Immediately following the performance, she won vocal event of the year for the dance-infused country song, "The Fighter," with Keith Urban.

"I am still kind of shaking right now," she added, appearing teary-eyed.

"Seeing her stand up there and be so beautiful, she's one of the greatest singers of all-time in any genre of music," Lambert said backstage of Underwood. "I am just proud of her and I know how strong she is and how hard she's worked."

But Lambert's hard work also paid off: She made history when she surpassed Brooks and Dunn as the most decorated act in ACM history with 32 wins on Sunday. Lambert won her ninth consecutive female vocalist of the year trophy and won twice for song of the year — as the performer and co-writer of "Tin Man."

"I cannot believe this. I really can't. ...I love country music. It's my entire life," Lambert said onstage. "I will never ever take it for granted."

Florida Georgia Line's Tyler Hubbard wore an all-red ensemble and Brian Kelley was in all-white when they hit the stage with pop singer Bebe Rexha to perform the massive hit "Meant to Be," which is spending its 19th week on top of Billboard's Hot country songs chart. It ties Leroy Van Dyke's "Walk On By" as the third longest-running song of all-time on the chart.

The longest-running No. 1 song of all-time on the country charts, Sam Hunt's "Body Like a Back Road," won single record of the year at the ACMs; Hunt didn't attend the show.

McEntire, who performed with Kelly Clarkson, hosted the three-hour show a year after Bryan and Bentley did the job.

"It takes one woman to do the job of two men," she said, earning a rousing applause.

"This is heavy in a lot of ways," lead singer Matthew Ramsey said, holding the trophy in his hand.

"We're so lucky. Look at us, look at us!" he said about his bandmates, all dressed in trendy suits. "We look good. We feel good. We're friends. And we're having a ball.

"Thank you for letting us make music."

— Entertainer of the year: Jason Aldean

— Album of the year: Chris Stapleton, "From A Room: Volume 1"

— Single record of the year: Sam Hunt, "Body Like A Back Road"

— Vocal event of the year: Keith Urban and Carrie Underwood, "The Fighter"

— New vocal duo or group of the year: Midland