Russia Proposes March 1 Ceasefire in Syria; US Wants it Now

Russia has proposed a March 1 ceasefire in Syria, U.S. officials say, but Washington believes Moscow is giving itself and the Syrian government three weeks to try to crush moderate rebel groups.

The United States has countered with demands for the fighting to stop immediately, the officials said Wednesday. Peace talks are supposed to resume by Feb. 25.

The talk of new ceasefire plans comes as the U.S., Russia and more than a dozen other countries meet in Munich to try to halt five years of civil war in the Arab country. The conflict has killed more than a quarter-million people, created Europe's biggest refugee crisis since World War II and allowed the Islamic State to carve out its own territory across parts of Syria and neighboring Iraq. 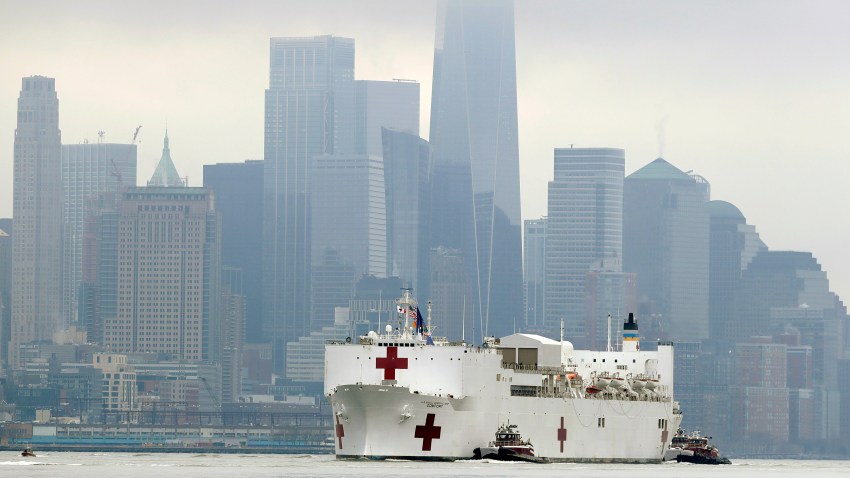 Russia says it is supporting Syrian President Bashar Assad's government as part of a counterterrorism campaign. But the West says the majority of its strikes are targeting moderate groups that are opposed to Assad and the Islamic State.

The most recent Russian-backed offensive, near Aleppo, prompted opposition groups to walk out of peace talks last month in Geneva, while forcing tens of thousands of civilians to flee toward the Turkish border.

The U.S. officials weren't authorized to speak publicly about private diplomatic discussions in the run-up to the Munich conference and demanded anonymity. One said the U.S. can't accept Russia's offer because opposition forces could suffer irreversible losses in northern and southern Syria before the ceasefire ever takes hold.

The officials said the U.S. counterproposal is simple: A ceasefire that is effective immediately and is accompanied by full humanitarian access to Syria's besieged civilian centers.

Secretary of State John Kerry, who arrived in Germany Wednesday, had talks planned late in the evening with U.N. peace envoy Staffan de Mistura and Adel al-Jubeir, the foreign minister of Saudi Arabia, a key backer of Syria's rebel groups.

The Obama administration has been trying for months to clinch a ceasefire and pave the way for a transition government in Syria that would allow parties to the conflict to concentrate on defeating the threat posed by the Islamic State and the al-Qaida-linked Nusra Front.

But after having long demanded Assad's ouster, the shift in the U.S. focus to combating terrorism has resulted in a confusing mix of priorities and a layered strategy in Syria that few understand, and even fewer see working. Beyond Russia, the administration has often struggled to keep its own allies such as Turkey and Saudi Arabia in line.

"We will approach this meeting in Munich with great hopes that this will be a telling moment," Kerry said Tuesday in Washington. His peace push coincides with Defense Secretary Ash Carter's attendance at a gathering in Brussels to hash out military options with NATO partners.

Brett McGurk, the Obama administration's point-man for defeating the Islamic State, said Russia's Aleppo offensive was having the perverse effect of helping the extremists by drawing local fighters away from the battle against IS and to the war against Syria's government.

But the panel's top Democrat echoed some of the frustration of his Republican colleagues with the larger U.S. strategy.

"It seems as if we're only halfheartedly going after ISIS, and halfheartedly helping the (rebel) Free Syria Army and others on the ground," said Rep. Eliot Engel, D-N.Y. He urged a "robust campaign, not a tentative one, not one that seems like we're dragging ourselves in ... to destroy ISIS and get rid of Assad."

Kerry emphasized Tuesday that U.S. officials "are not blind to what is happening." He said the Aleppo battle makes it "much more difficult to be able to come to the table and to be able to have a serious conversation."

But the U.S. has staked its hopes for an end to the five-year civil war in Syria on the peace talks and Assad's eventual departure, saying the American public has no appetite for a military solution.

To that end, Washington has tempered its calls dating back to August 2011 for Assad to immediately leave power. And to get Russia on board, it now won't even say that Assad should be barred from running for re-election if and when a new Syrian constitution is drafted.

The ambiguity has emboldened Assad's supporters, Russia and Iran, while upsetting American allies in the Middle East, who are frustrated by a process that appears to lock the Syrian leader in place well into 2017 — and perhaps beyond.