The pandas range in age from 4 to 6 months

One appeared shy and covered its face with both paws when it saw the crowd, while another went rogue and crawled away from its keeper before being caught.

The pandas range in age from 4 to 6 months, and all resulted from natural mating, according to the China Conservation and Research Center for Giant Panda in southwest China’s Sichuan province.

The black-and-white fluff balls made their appearance in a playground at the center adorned with Lunar New Year's decorations including lanterns, traditional Chinese knots, paper cars and flags.

“Newborn baby pandas from the class of 2020 ... wish you a happy New Year and lots of good luck in the Year of the Ox,” their keepers shouted with the pandas in their arms, while some tried to clamber away.

Bamboo baskets of treats were prepared for the pandas, with the Chinese character “fu,” meaning good fortune and blessings, written on the outside.

This mimicked the Chinese tradition of adults giving red envelopes with money inside to children during the Lunar New Year to pass them good wishes and blessings.

Instead of money, the baby pandas got snacks. Some of them were curious about the baskets, while others were distracted by the toys and decorations nearby. 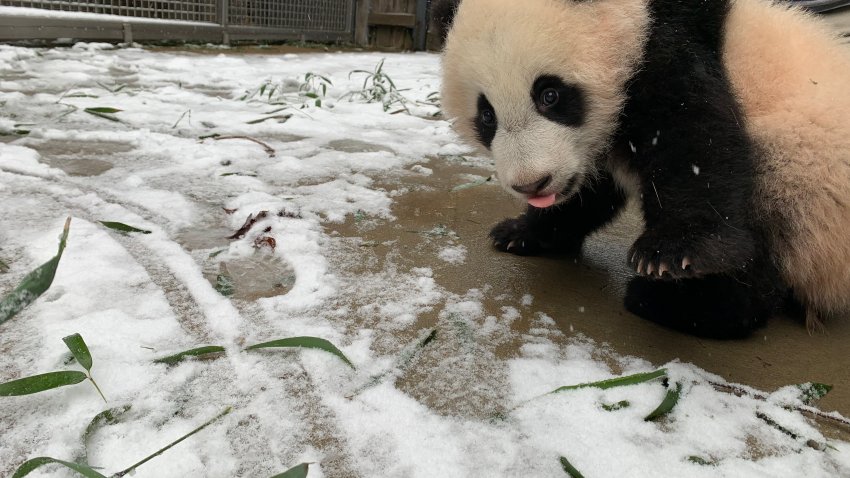 Watch Giant Pandas Roll, Slide and Tumble Around in Snow at National Zoo 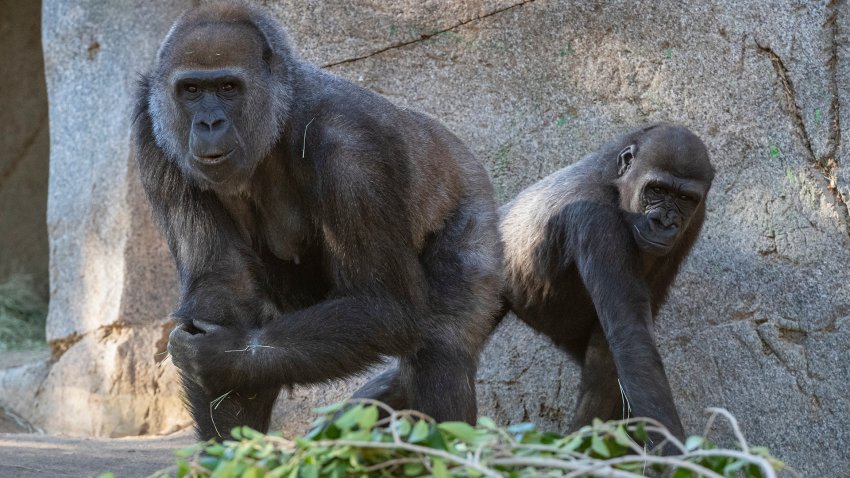 As of December, there were 44 panda cubs worldwide, and more than half were bred in China.

China has prided itself on its efforts to preserve a species that was endangered for many years. Pandas are also a symbol of China and part of its cultural diplomacy.