50th Anniversary of Earth Day: How to Celebrate at Home

Unable to gather en masse as they’d planned, activists are planning livestreams and webinars Wednesday to keep the issue of climate front and center on the world stage

Now on the 50th anniversary of Earth Day, most Americans are sheltering at home due to the coronavirus pandemic.

Unable to gather en masse as they’d planned, activists are planning livestreams and webinars Wednesday to keep the issue of climate front and center on the world stage. 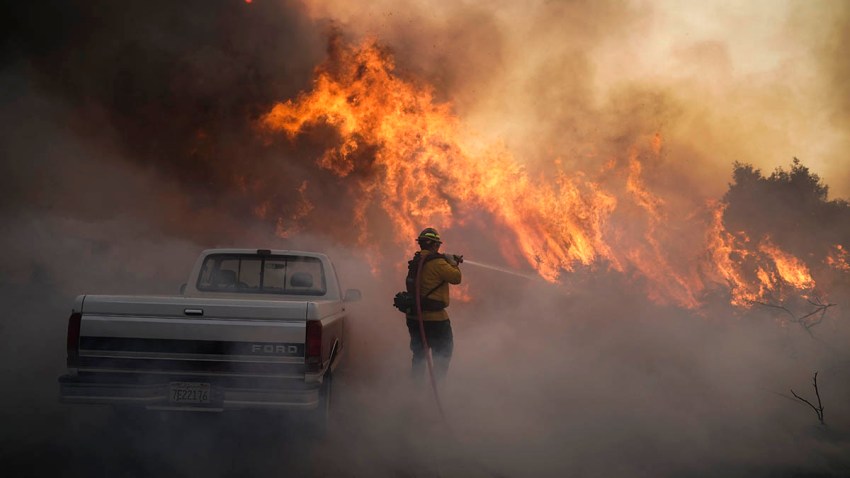 Wind a Risk as California Fires Keep Tens of Thousands Away 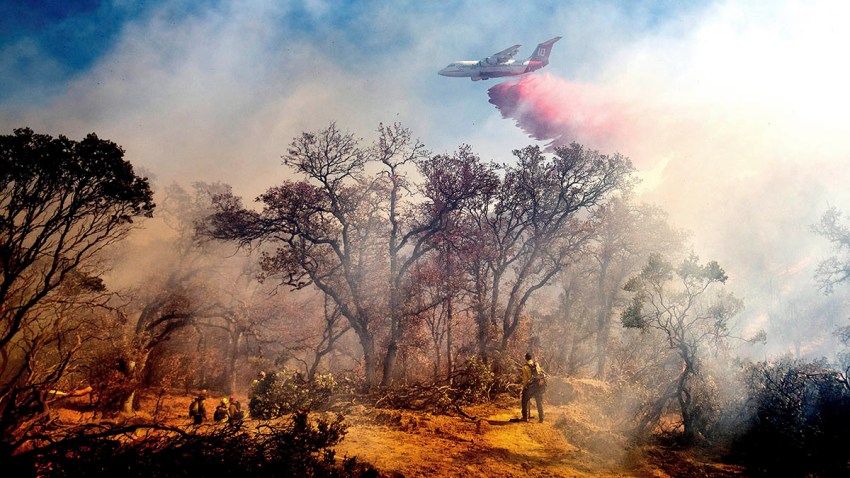 2 Firefighters Injured in Calif. Fire That May Have Been Started by Utility Equipment

Whether you were hoping to march for climate change or simply be out enjoying Mother Earth, you can tune in to a number of programs and events taking place digitally.

This year, Earth Day Initiative is launching the Together We Can: Climate Action Campaign designed to get everyone to make at least one important commitment to reduce their climate impact for the 50th anniversary of Earth Day.

Pledge to take action in the areas of energy, food, transport, waste and nature. For example, you can pledge to eat local, replace your lightbulbs with LEDs, recycle paper waste, use mass transit, plant trees and other small changes that add up to make a big difference.

Then head over to watch the "virtual stage" with special guests including Al Gore, Sen. Elizabeth Warren, Bill Nye the Science Guy, Ian Somerhalder, Joseph Gordon-Levitt and more. There will be three full days of climate conversation with virtual workshops and exhibitor booths.

The US Climate Strike Coalition and Stop The Money Pipeline Coalition have come together to organize Earth Day Live. From April 22 to April 24, "activists, performers, thought leaders, and artists will come together for an empowering, inspiring, and communal three-day livestream mobilization."

Join the worldwide livestream on April 22 for a "global mobilization."

Use hashtags #EARTHRISE and #EarthDay2020 and tag three friends on social media to ask them to join the movement.

In light of the coronavirus pandemic, the summit which was originally planned to take place in Washington, D.C. has been postponed to a later date. Instead, the summit will take place digitally with a wide variety of programming beginning on April 22 and ending on April 26.

Deep Dive virtual workshops will take place Wednesday, Thursday and Friday mornings. Some require pre-registration. On those evenings, a selection of films will be screened. The live summit will be broadcast on Thursday and Friday from 11:30 a.m. to 8:00 p.m. with rebroadcasts this weekend.

For the full schedule of events, visit here.

Breakout sessions include Climate Advocate Training, Climate Organizing During the Pandemic, A Better Way to Prepare for Climate Discussions and a volunteer spotlight.

Register on eventbrite to participate.

NASA has collected activities, videos, special programs and other materials to help you observe “Earth Day at Home” with their Earth Day 50th Anniversary Toolkit. You also can find a variety of agency-wide resources at NASA at Home and at NASA STEM at Home, as well as in Spanish on Ciencia de la NASA.

The EPA is inviting everyone to celebrate Earth Day by drawing pictures, making signs, or using whatever recycled materials are available around the house to decorate the windows of your home.

They're also offering free downloadable pages to color. When you're done with your artwork, share pictures on social media using the hashtags #EarthDay2020, #EarthDayAtHome, and #EPAat50.

Baby and toddler company Munchkin is inviting families to enter their animal handprint art contest. For each entry, Munchkin will donate $1 to the International Fund for Animal Welfare (IFAW). One winner will receive $300 dollars in prizes and 5 others will be randomly selected to receive a two-pack of their Miracle 360° WildLove sippy cups.

To enter, create an animal family portrait using yours and your child's handprints. Next, upload your photo and fill out the form. Then, share on social media. Entries will be accepted from April 22 until May 17.

“Seven Worlds, One Planet” - BBC America has condensed their popular documentary series into a 90-minute best-of collection on Tuesday, visiting all the continents and telling multiple stories from each.

Turner Classic Movies celebrates Earth Day - "to celebrate half a century of action towards environmental change," TCM will present five films that further the cause: "The Plow That Broke the Plains," "The River," "The Sea Around Us," "Koyaanisqatsi," and "An Inconvenient Truth."  April 22 beginning at 8pm.