The Patriot Guard escorted The Wall That Heals, a traveling memorial for those who served in Vietnam and paid the ultimate sacrifice, as it arrived in Garland.

"I ride for them, that's our motto, we ride for those that can't," said Vietnam veteran and Patriot Guard rider Sam Elizalde. "And it's an honor for me to be part of it and explain to people what it's all about and it's a healing process for me and for all the people."

North Texans joined Vietnam veterans to line the streets of Garland and pay their respects as the motorcade passed and the exhibit made its way to Audubon Park. 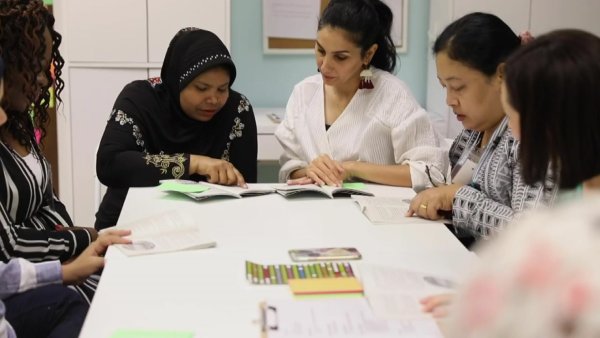 The Wall That Heals honors the more than 3 million Americans who served in the U.S. armed forces in the Vietnam War and it bears the names of the 58,276 men and women who made the ultimate sacrifice in Vietnam.

"You realize just looking at all those names that every one of those guys went and served their country and didn't come back home," said Patriot Guard Ride Captain Bill Kushnir.

The Wall That Heals, a three-quarter scale replica of the Vietnam Veterans Memorial along with a mobile Education Center, will be in Garland through Sunday, March 1. The exhibit will be open 24 hours and it's free to the public.

"But it comes to life when you read a name you're not looking at an engraving, you're looking at what's representing a human being, a soldier, or whatever branch they happened to be in, that their name is on there forever, and they gave it up for all of us."

There will be a special Welcome Home Ceremony at 5 p.m. on Thursday. The simple and solemn ceremony will give people the chance to welcome The Wall That Heals to Garland and North Texas.

Garland will be the only place in Texas north of San Antonio to see the traveling memorial.

Community support is needed for The Wall That Heals in Garland. More than 100 volunteers will be needed to set up and take down the replica Wall, staff the exhibit and guide visitors 24 hours a day. Financial and in-kind donations are also needed to help support this community event.

The City of Garland and Visit Garland are leading the effort that brought the exhibit to the metroplex.