A family from Texas is safe after being stranded for more than 24 hours in the mountains of southwestern Colorado when their rental truck became stuck on a snow-covered forest road, authorities said.

A husband and wife in their 30s and their 12-year-old daughter were driving a rental truck from El Paso to deliver furniture to Norwood, about 20 miles northwest of Telluride, according to a statement from the San Miguel County sheriff's office.

Officials did not release their names.

The family became stuck Monday morning after relying on a GPS for their route through the San Juan National Forest from Durango to Norwood, the man told authorities. 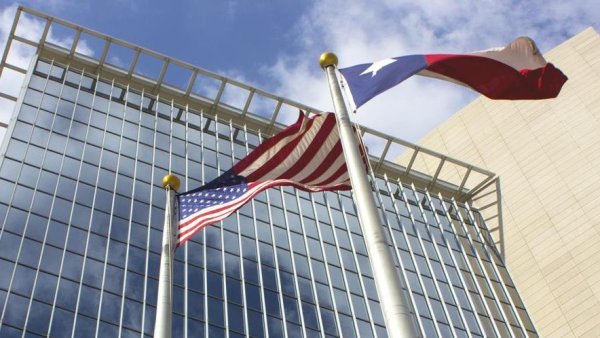 They unsuccessfully tried to dig out the truck, then ran the engine and covered themselves in furniture blankets for warmth overnight, according to the sheriff's office.

On Tuesday morning, they wrapped their sneakers in shipping plastic and tried to walk out along through the U.S. Forest Service road. They had walked a couple of miles when their truck was spotted by an aircraft piloted by Undersheriff Eric Berg.

They were rescued near Belmear Mountain, about 35 miles (56 kilometers) south of Norwood.

Sheriff Bill Masters said electronic GPS systems aren't always the best guide. "At this time of year especially, roads like these are not always passable," he said in a statement.