In the chaotic aftermath of Hurricane Harvey, Principal Jonathan Trinh feared the worst for his Houston high school.

He took in a hundred new pupils displaced by the storm, his students' overwhelmingly low-income families were struggling with lost jobs and other distractions, and Trinh worried this would be the year that test scores sank enough to make his Wisdom High School a target for state intervention.

But when the scores came out recently, there was only celebration. Wisdom and other Houston schools with some of the largest populations of at-risk students defied expectations and showed improvement in state scores -- a feat attributed to perseverance in the face of adversity, and changes to the state accountability ratings that put more emphasis on progress.

Trinh gives credit to the resilience of the school community. He has lived in Houston since arriving as a Vietnamese refugee in 1978, and his immigrant background is a bond he shares with the large majority of the school's students. 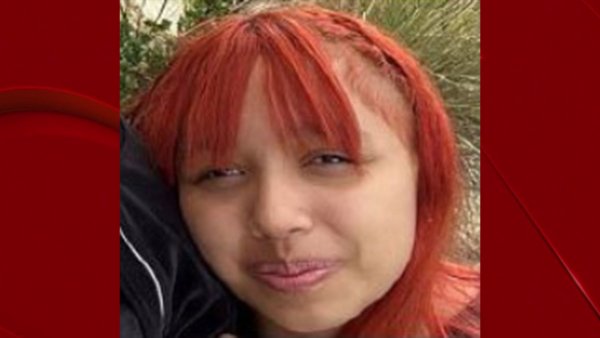 "Our teachers, our students -- somehow they made it work," Trinh said. "A lot of us endure so much."

Lorena Alaniz, an 18-year-old senior at Wisdom, maintained a 3.5 GPA despite having to work part-time to help her family rebuild their flooded home.

"Some days I would wake up in the morning and tell myself, `I want to drop out. I want to just leave. But I can't,"' Alaniz said as she sat in her school's cafeteria. "I know I can and I have to keep going for myself, for my family. So I chose not to give up."

As the Carolinas are now experiencing in the aftermath of Hurricane Florence, the storm that hit Houston was hugely disruptive for schools. The Category 4 hurricane that hit in August 2017 caused an estimated $125 billion in damage and closed Houston-area schools for weeks on end. About 10 percent of students in Houston schools were displaced by the storm, state records show.

In the Carolinas, where schools were closed for tens of thousands of students, officials are still assessing damage from the storm that made landfall on Sept. 14. Among other measures to help districts deal with the storm's effects North Carolina officials have been looking into waivers to exempt schools from state calendar requirements.

For Houston school leaders, there was extra motivation in the decision by Texas officials not to excuse all schools in the Houston Independent School District from state testing ramifications. A third of the district's 281 campuses, including Wisdom, were not eligible for a state waiver, which was determined by the number of teachers and students displaced, school closure days or physical damage to the buildings. They were on the hook for their academic performance despite plenty of their own storm-related disruptions.

Some schools had not met state standards in so long that another failing grade could have triggered a forced takeover of the school campus or district board but, in the end, none of the schools in the greatest peril needed the waiver. Four schools that began the school year under threat of state take-over all managed to pass state tests for the first time in years.

At Worthing High School, one of the four at-risk schools, Principal Khalilah Campbell helped find new housing for multiple struggling families after they lost subsidized housing. Three-fourths of the historically black school's students came from low-income families and less than half were meeting state achievement standards.

Campbell said she stayed focused by tapping every available resource. And ultimately, the number of students who met state standards in algebra doubled. They also made gains in English and history.

"It was like `OK, it's time to fight,' and you have to fight really, really hard because the kids deserve it," Campbell said.

A key factor in the ability of schools like Wisdom to meet state standards was a new state accountability ratings system that emphasized progress over perfection. It benefited many lower-performing schools, and particularly the scores of students learning English.

Lauren Callahan, spokeswoman for the Texas Education Agency, said growth was previously a factor but weighted differently. The new accountability system allows either test scores or the amount of growth attained to define ultimately how the school is rated.

"The hard work that Texas educators are doing in the classrooms is reflected in the system," Callahan said.

All states have in recent years revamped their school accountability systems and were required to submit their new plans to the U.S. Department of Education for approval under the Obama administration's "Every Student Succeeds Act" from 2015.

For Alaniz, school became a refuge after Harvey. Her family remains temporarily separated as her older siblings had to move out because there wasn't enough room in their half-repaired home. Her mother had to get two jobs to support the family and mother and daughter now rarely see each other with busy school and work schedules.

"I'm not happy that the storm happened but it actually made me grow more as a person," said Alaniz, who hopes to one day become a forensic anthropologist and an English teacher. "I'm happy I'm graduating."