Texas Attorney General Ken Paxton, who is under FBI investigation over claims of using his office to help a political donor, gave a job in recent months to another supporter: a onetime neighbor whose family chipped in $50,000 to help the Republican fight a 2015 felony indictment.

The hiring of Tom Gleason, a former ice cream company executive whose career had little in common with his new $95,000-a-year state law enforcement role, adds to the mounting examples of Paxton using his office in ways that have benefited donors, friends and political allies. The Associated Press confirmed Gleason went to work for Paxton in December through documents obtained under open records law.

The job did not last long: Gleason was fired after less than two months, but records offer no explanation as to why. 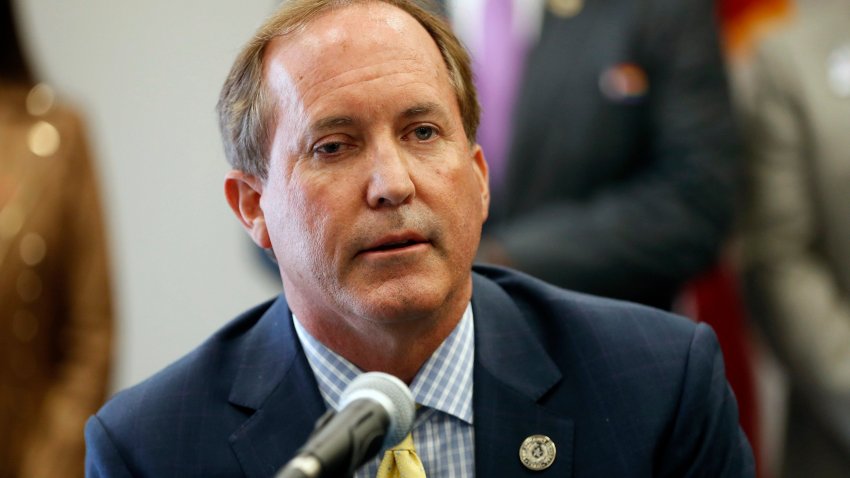 Paxton declined to answer a question about Gleason during an online forum about technology on Wednesday. The attorney general’s office and Gleason have not responded to repeated requests for comment.

In 2016, Paxton reported on financial disclosures that Gleason’s father gave him $50,000 — one of the largest contributions to a legal defense fund the attorney general started after being indicted on felony securities fraud charges. More recent disclosures show Paxton also accepted lodging and airplane travel from Tom Gleason in 2019, but the documents do not say to where or the value of the trip.

Paxton has pleaded not guilty in the securities fraud case. He now faces separate legal troubles sparked last fall when much of his senior staff reported him to the FBI for allegedly breaking the law to help an Austin businessman. Gleason’s hiring is a connection between the two controversies.

Accepting gifts in exchange for favors is prohibited under the attorney general’s internal guidelines, but the handbook makes no mention of hiring donors or supporters.

Noah Bookbinder, a former federal prosecutor and president of the government watchdog group Citizens for Responsibility and Ethics in Washington, said Gleason’s hiring had the “reek of cronyism.”

“It is surprising to me that Paxton, who is facing these problems, seems to keep doing the same thing repeatedly,” Bookbinder said.

Gleason, 64, began his career as a police officer in the late 1970s, but it’s not apparent from his resume what qualified him to review and advise an agency whose law enforcement priorities include child exploitation and Medicaid and voter fraud.

Hiring documents described him as the best candidate based on “over 40 years of experience as an experienced leader, motivator, problem solver, corporate re-organizer, marketing and sales expert.” That wording also appears in Gleason’s resume.

Gleason and Paxton were briefly neighbors as recently as 2016, attend the same megachurch near Dallas and have shared a lawyer.

The contribution from Alfred Gleason came as the Gleason family faced its own court trouble in Paxton’s hometown. After selling his Oregon ice cream business and moving to Texas in 2014, Tom Gleason was sued in suburban Dallas by the purchasers, who accused him of concealing financial problems with the company. Case records show proceeds from the sale went to Tom Gleason as well as his mother and father, Alfred Gleason. A lawyer who helped the Gleasons prevail in that lawsuit was Mitch Little, a member of Paxton’s defense team in his securities fraud case.

Little did not respond to requests for comment. Alfred Gleason did not return messages seeking comment for this story. He told the AP in 2016 that he did not discuss his personal business with journalists.

Reached by phone, Tom Gleason said he does not speak to reporters and hung up. He did not respond to subsequent emails.

Paxton’s hiring of Gleason is the latest example of one of his allies benefiting from the attorney general’s office.

Last April, Paxton intervened in a Colorado mountain community where a Texas donor and college classmate faced removal from his lakeside home under coronavirus orders. Five months later, Paxton’s deputies accused him of bribery and abusing his office to help real estate developer Nate Paul, who gave Paxton $25,000 in 2018 and employs a woman with whom the attorney general allegedly had an extramarital affair.

By November, the eight deputies who reported Paxton to the FBI had all quit or been fired, including the longtime Texas Ranger who was the agency’s head of law enforcement.

Gleason applied to a job reviewing the law enforcement division’s operations the same day it was posted and was hired the next week, according to documents from Paxton’s office. His role was to give “advice on a full range of legislative issues involving law enforcement matters.”

Gleason made multiple taxpayer-funded trips to Austin and requested a variety of organizational and budget documents, but his emails offer little other insight into his work.

The position was set to run up to six months, but Gleason barely lasted two. On Jan. 25, he was in Austin preparing to give a presentation, which the attorney general’s office declined to release. He was fired the next day.

A human resources manager later sent an email saying the agency would try to recoup the sum Gleason had already been paid for the three days after he was fired: $711.82.