Lt. Gov. Dan Patrick Calls for Portrait of Opal Lee To Be Hung in Senate Chamber

Lee, a retired teacher, was honored for a lifetime of activism at the Texas Capitol Thursday

An edited clip of the Senate ceremony is above -- the full 48-minute ceremony can be seen below.

Fort Worth civil rights icon Opal Lee, honored for her activism by the Texas State Senate Thursday, may soon have her portrait hanging in the Senate chamber as a hero of Texas.

Lee, 94, has long championed the effort to make Juneteenth a federal holiday. That effort ultimately proved to be successful last month, when Congress passed a measure that President Joe Biden signed into law making Juneteenth the eleventh federal holiday.

"We've had a lot of heroes on our floor over the 16 years I've been here … I really can't think of a greater Texas hero that we've ever had on this floor than you," Lt. Gov. Dan Patrick said Thursday. "I'm going to do something extraordinary that I've never done before … your story is so important to Texas I think your portrait should be hanging in this Senate. As lieutenant governor, I'm going to recommend that your portrait be hung in this Senate chamber for all eternity."

In Austin on Thursday, July 22, 2021, the Texas Senate recognized iconic Fort Worth activist Opal Lee, 94. In the video, watch members of the Senate honor and recognize Lee for her contributions to Texas and the nation.

Patrick said the Senate hasn't commissioned a new portrait in 40 years and that some of the portraits on chamber walls date back 135 years. The lieutenant governor said he wanted Lee's portrait to be on a front wall so that people see it when they enter the chamber on tours.

Lee spoke before the Senate members, reminding them of their power to change the world while thanking them for the honor.

"Young people. And you are all young people if you are not 94. You know I'm flabbergasted. You know I'm humbled. I just want you to know that you, as Senators, must be a committee of one. A committee of one to change somebody's mind. If people can be taught to hate they can be taught to love," Lee said. "And you are a body of people who can change the world. I just don't know what else to say except thank you for you all you've done and are doing."

The Texas Senate honored Opal Lee with SR19 for being “the force” behind the establishment of Juneteenth as a federal holiday. The Senate reserved the number 19 for the resolution to correspond to the date of the holiday. 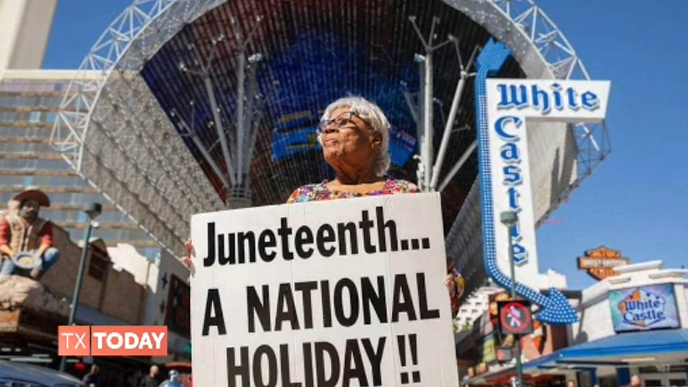 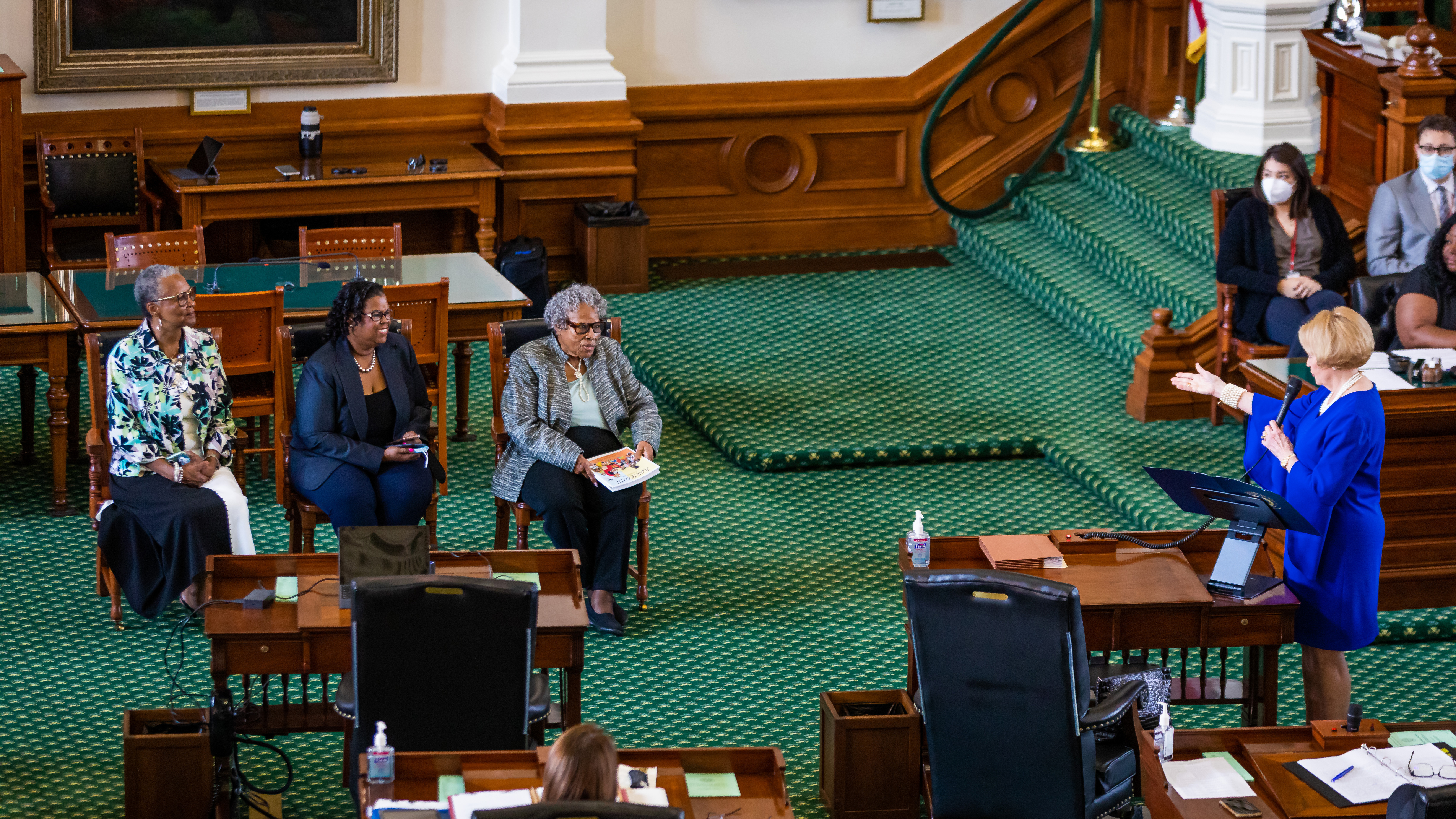 Texas Lt. Gov. Calls for Portrait of Activist Opal Lee To Be Hung in Senate Chamber

Juneteenth commemorates June 19, 1865, the day that Union soldiers arrived in Galveston, Texas, and finally informed the approximately 250,000 enslaved Black people in the state that they were free men and women, more than two years after the Emancipation Proclamation freed them from slavery.

“We want to honor this amazing Texan for her perseverance in making Juneteenth not just a Texas holiday but also a federal holiday,” said Patrick in a statement prior to Thursday's ceremony.

“Having ‘Miss Opal’ in my district is such an honor and I am so proud to host her at the Texas Capitol,” Powell said in a statement. “I look forward to introducing my famous constituent and our national treasure to my colleagues and presenting Senate Resolution #19 to honor her lifetime of work.”