A time piece quietly marks the moments and how quickly they can pass.

“This is the watch holder,” said Paris Junior College freshman Vincent Tu. “It holds the watch in place.”

Vincent is the youngest student in the room of future watchmakers and fixers. The room is silent. All eight students and their teacher, Mr. Frank Poye, were highly focused on the watches in front of them and the miniature parts that help them tic.

Driver Dies After Crashing Into Utility Pole in Fort Worth 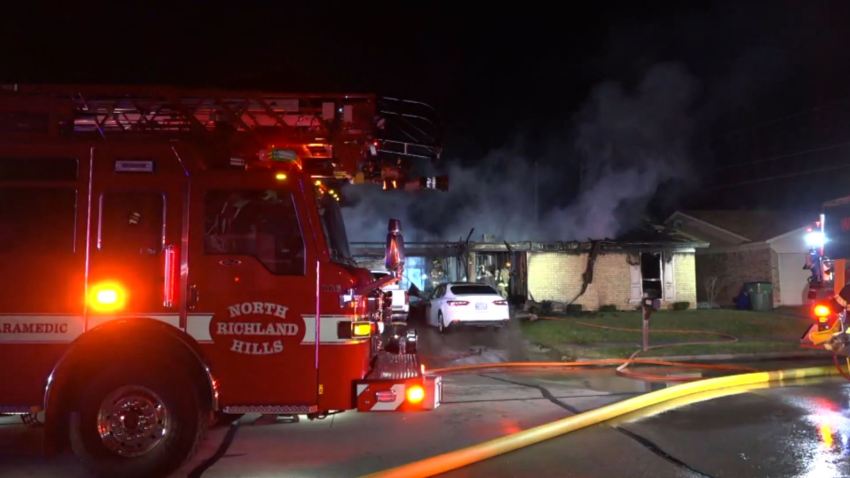 “Ya, like the tiniest screw, like tinier than a bread crumb,” Vincent explained. “It’s very difficult and you gotta watch out for them because like if you drop them on the floor then you spend hours finding it.”

For the last several months, Vincent has been learning how to take a watch apart, clean it, and put it back together.

“It just feels like a puzzle piece every time, just figuring out which piece goes where,” Vincent said.

He’s learning this craft as a way to spend time with his father.

“My dad was a watchmaker and he started learning when he was 12 working in the shop in Vietnam,” Vincent said.

His father came to the United States in the 90s and continued to inspire his son.

“When I grew up I realized that, wow, I really like what my dad is doing,” Vincent said.

When Vincent was a freshman in high school, his father was diagnosed with cancer. Then his senior year, “I heard he’s going to Hospice. That’s when I like realized that he’s, he’s not gonna make it,” Vincent said. “So I tried to spend as much time as I can.”

Vincent’s dad passed away last September. He’s now training to continue his father’s legacy and he said practicing his craft helps him feel his father’s presence.

“Every time I do a watch I feel really close to him—like he was there like just like looking at me doing, making sure I’m doing right or not,” Vincent said.

For Vincent, a timepiece doesn’t mark the moments lost; instead, it keeps the most important ones close.

“Ya, and I just want to be like him,” Vincent said.

Vincent will finish his classes at Paris Junior College in the Fall of 2018.

Vincent grew up in Richardson. NBC 5 learned about his passion for watchmaking because he earned a Hendrick Scholarship, which honors students who’ve overcome adversity.

Paris Junior College has been teaching Horology since 1942.