In Dallas County, straight-line winds packed a wallop, knocking out power and knocking down trees. One of them hit Deborah Cawthon's house while she was home with two grandchildren.

"We saw the rain coming, and we were looking at it coming this way. Then, all the sudden, the wind started blowing. Then it started going sideways. And when it did, I said, 'Let's get in the closet.' I didn't know if it was a tornado," Cawthon said. 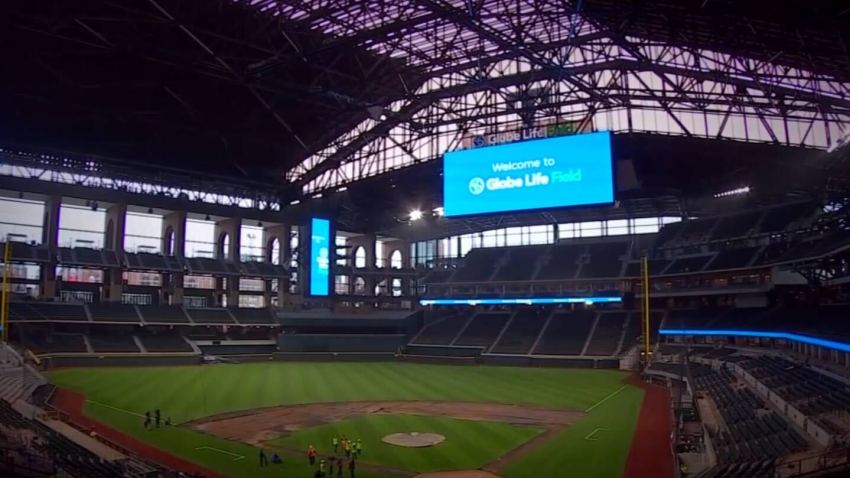 Nearby, Billy Rowell lost about 10 trees on his property along with his lawn building, which landed in a neighbor's yard.

"I'm just hoping my insurance pays for it," Rowell said.

The damage came after a slow-moving but powerful storm roared through the area.

In Frisco, heavy winds destroyed the frame of a house under construction. One worker was injured when he was hit apparently by some wood.

The owner of the house under construction right next door says the winds were incredible.

"I would venture to say it was about 60 mph," said homeowner Robert Diezi.

In McKinney, a lightning strike is suspected of sparking a house fire. A boy who was home alone got out safely, and firefighters rescued the family's pet snake.

And in Tarrant County, neighbors grabbed chainsaws to cut up and haul away downed trees along Yucca Avenue, Primrose Avenue and Clary Avenue.

"After the rain stopped, I came out here, started cleaning up a little bit. Before I know it, all my neighbors came out, started helping," said Fort Worth homeowner Terri Banda.

Back in Southeast Dallas, people are just grateful it isn't any worse.

"Stuff happens, you know? It's bad. But we're all OK. That's all that matters," Cawthon said.

At one point late Monday afternoon, Oncor's storm center online showed more than 25,000 customers were without power across North Texas.

As of 11 p.m. Monday, about 13,000 outages remained in Dallas County, while there were still about 5,000 outages in Tarrant County.

Crews worked overnight to restore power to part of Dallas. Along U.S. Highway 175, workers said they repaired up to 10 utility poles, but there were still trees on roadways as late as 5 a.m. Tuesday.

As of 11:30 a.m. on Tuesday, there were still 7,600 outages across North Texas, according to Oncor's storm center.

Many people in the Oak Cliff area in Dallas said they have been out of power since 3:30 p.m.

The McDonald's off of Interstate 35 on W. Kiest Boulevard has been closed all Tuesday morning with “no power” signs posted on the doors and in the drive-thru area.

Other businesses in the area were closed on Tuesday, including a Shell gas station along W. Kiest Boulevard. Employees said they lost power at about 7 a.m. Tuesday.

Scattered thunderstorms remain in the NBC 5 forecast for the next several days across North Texas.