It’s opening weekend at the State Fair of Texas after the pandemic caused organizers to put together a drive-thru event last year.

A highlight of opening weekend is the State Fair Classic football game between Grambling State and Prairie View A&M. The game was also postponed last year and moved to a spring contest in Arlington.

Fans at the game Saturday said they were glad to be back at the traditional venue and back at the fair.

The old rivalry flared on the Cotton Bowl concourse even before the game began. The rivalry goes back nearly a century but this fall match-up has been at the Cotton Bowl for decades -- except for last year.

Grambling State fan Ken Blakely said he grew up in Louisiana but lives in Dallas now and has attended the game for 30 years.

“Yea it was a big, a big letdown not to have it last year. But we're in the house now,” Blakely said. 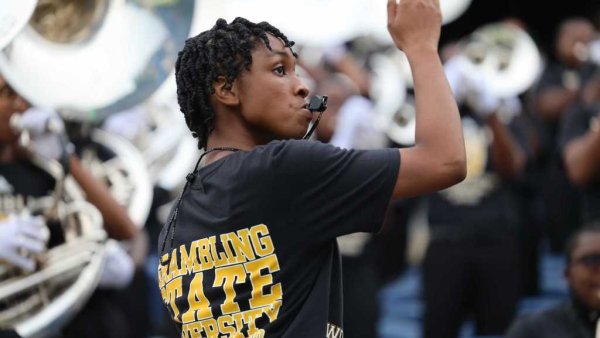 It’s a battle of the bands too. Grambling State features only its second female drum major and the first in seven years.

Candace Hawthorne said the band backs up the football team.

“They're already a good football team, but we just give them the edge they need,” she said.

Another good thing about the game is the State Fair of Texas, waiting for fans right outside the Cotton Bowl.

The Midway is a bit less crowded while the game is being played. But the fans are customers as they leave.

Prairie View A&M fan Jackie Alexander said the game is a tradition for her family.

"We all come together, come to Dallas, come to the game," she said.

The State Fair Classic is a tradition that’s good for the fair and for Dallas -- and it’s back.