Samantha Bee Is Back, Both Angry and Apologetic

"I should have known that a potty-mouthed insult would be inherently more interesting ... than this juvenile immigration policy"

Comedian Samantha Bee returned to her TBS show on Wednesday, apologizing again for using a crude epithet to describe Ivanka Trump but expressing anger that the ensuing controversy distracted from more important issues.

President Donald Trump had called for her to be fired for what she said on last week's episode of "Full Frontal," but TBS accepted her apology.

Immediately addressing the issue at the opening of her show, Bee said she hated to "contribute to the nightmare of 24-hour news cycles that we're all white-knuckling through." 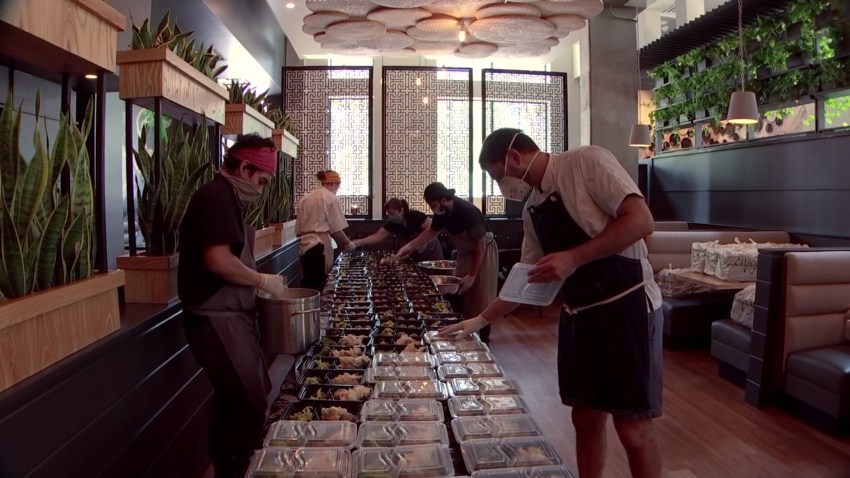 "I should have known that a potty-mouthed insult would be inherently more interesting ... than this juvenile immigration policy," she said.

Bee had called Ivanka Trump a vulgar term in an attempt to encourage her to speak to her father about changing a policy where children of people entering the country illegally are being detained.

To drive her point home, Bee finished her monologue and went directly into another segment about immigration, knowing that she would have a curious audience tuning in to see her reaction.

Cameras showed four dour-looking men dressed in suits with their hands on red buttons, who she introduced as her show's new censors.

"Civility is just nice words," she said. "Maybe we should all worry about the civility of our actions."

The former cast member on "The Daily Show" with Jon Stewart now has one of TBS' most popular shows. After Bee apologized in a statement last week, TBS said the network also was at fault for letting the word through. "Full Frontal" does not air live, so the network has time to edit it.

"It is a word I have used on the show many times, hoping to reclaim it," Bee said on Wednesday. "I used it as an insult, I crossed a line, I regret it and I do apologize for that. The problem is that many women have heard that word in the worst moments of their lives. A lot of them don't want it reclaimed. They want it gone, and I don't blame them.

"I don't want to inflict more pain on them," she said. "I want this show to be challenging and I want it to be honest and I never intended to hurt anyone, except Ted Cruz."

After drawing a laugh at the mention of the Texas senator, Bee said that many men also were offended by her language. "I do not care about that," she said.