It’s been 23 years since “Dirty Dancing,” but Jennifer Grey still has it.

On Monday’s two-hour season premiere of “Dancing with the Stars,” the veteran actress and her pro partner Derek Hough earned the highest scores of the night, performing a Viennese waltz to the tune of “These Arms of Mine.”

“Baby is back where she belongs,” exclaimed “Dancing” judge Bruno Tonioli after the performance. 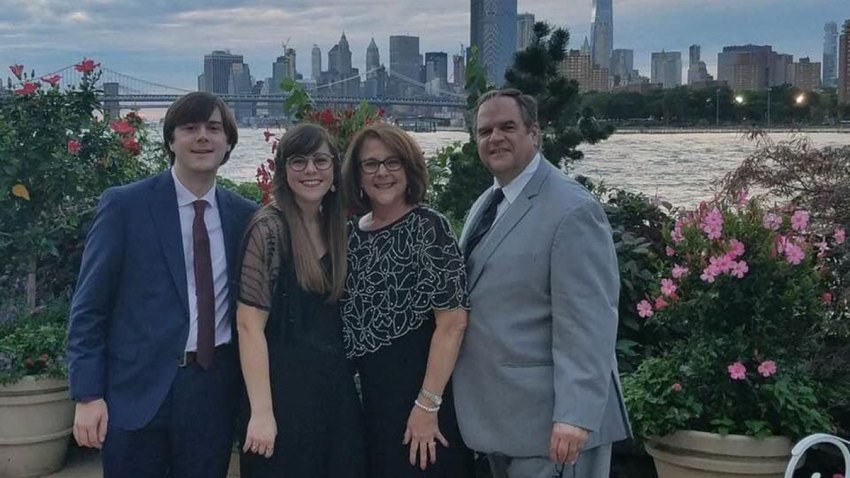 It was a reference to Baby Houseman, the character Grey played opposite the late Patrick Swayze in “Dirty Dancing.” During a DWTS rehearsal, Grey, 50, was shown overcome with emotion as memories of working with Swayze were dredged up by Hough’s song choice from the 1987 film's soundtrack.

The pair went on to earn 24 points out of 30 from the show’s three judges, with panelist Carrie Ann Inaba getting teary-eyed during her critique.

“Something very profound just happened,” Inaba said. “Some things get better with age. I think you’re one of them.”

“I think I just fell in love. You are officially my first crush,” Inaba told Massey after his playful cha cha cha with partner Lacey Schwimmer.

Among those who tied for last place with 15 points apiece were comedienne Margaret Cho, “Jersey Shore” star Mike “The Situation” Sorrentino and veteran actor David Hasselhoff.

Sorrentino, who had just five days to prepare for his cha cha cha because of a conflicting schedule, was scolded by judge Len Goodman after his dance that he’d “got the guns but not the ammunition.”

At least with Sorrentino and Hasselhoff’s trainwreck performances the judges said they hoped to see them make it through the first night’s elimination.

Cho didn’t get much encouragement to continue on. The judges panned her decision to deliberately tangle herself up in her elaborate costume and exaggerate her expression.

“What the hell was that? I thought you were going to eat someone,” observed Tonioli.

“I think that was very acceptable for week one,” said Len Goodman after Palin ripped off a suit to reveal a sexy red dress as she strutted the cha cha cha. “Just need to loosen up a little bit. You’re nervous.”

Palin, whose famous mom was not in the audience, had earlier said that she’d connected with the Tom Jones song “Mama Told Me Not to Come” her partner had chosen for the dance.

“It’s like Levi and my relationship. Mama told me not to do it. But I did it anyway,” she said of her ex.

The first celebrity to get the ax as a result of their low scores and audience votes will be revealed Tuesday on ABC.