Man Kills Self Outside Lockheed Martin Gate, Was Looking for FBI

Bomb squad called after man made concerning statements to security before fatally shooting himself, officials say -- no dangerous devices found

The investigation into why a man made "concerning statements" before taking his own life outside the main gate at Lockheed Martin in Fort Worth Thursday morning is ongoing.

According to White Settlement Police Department, a man in his 60s arrived at the facility's main gate near Clifford Street and Spur 341/Lockheed Boulevard shortly after 5:30 a.m. and wanted to speak with the FBI.

At some point during the man's interaction with security, police said he made "concerning statements" before pulling out a shotgun and fatally shooting himself.

No other people were injured during the shooting, police said.

White Settlement Chief of Police Christopher Cook said his department was called to the gate and worked with several other agencies to respond to the incident.

"Anytime you have a shooting in progress at a defense contractor or in and around the Naval Air Station, we're going to have a surge response which is what happened this morning," Cook said. 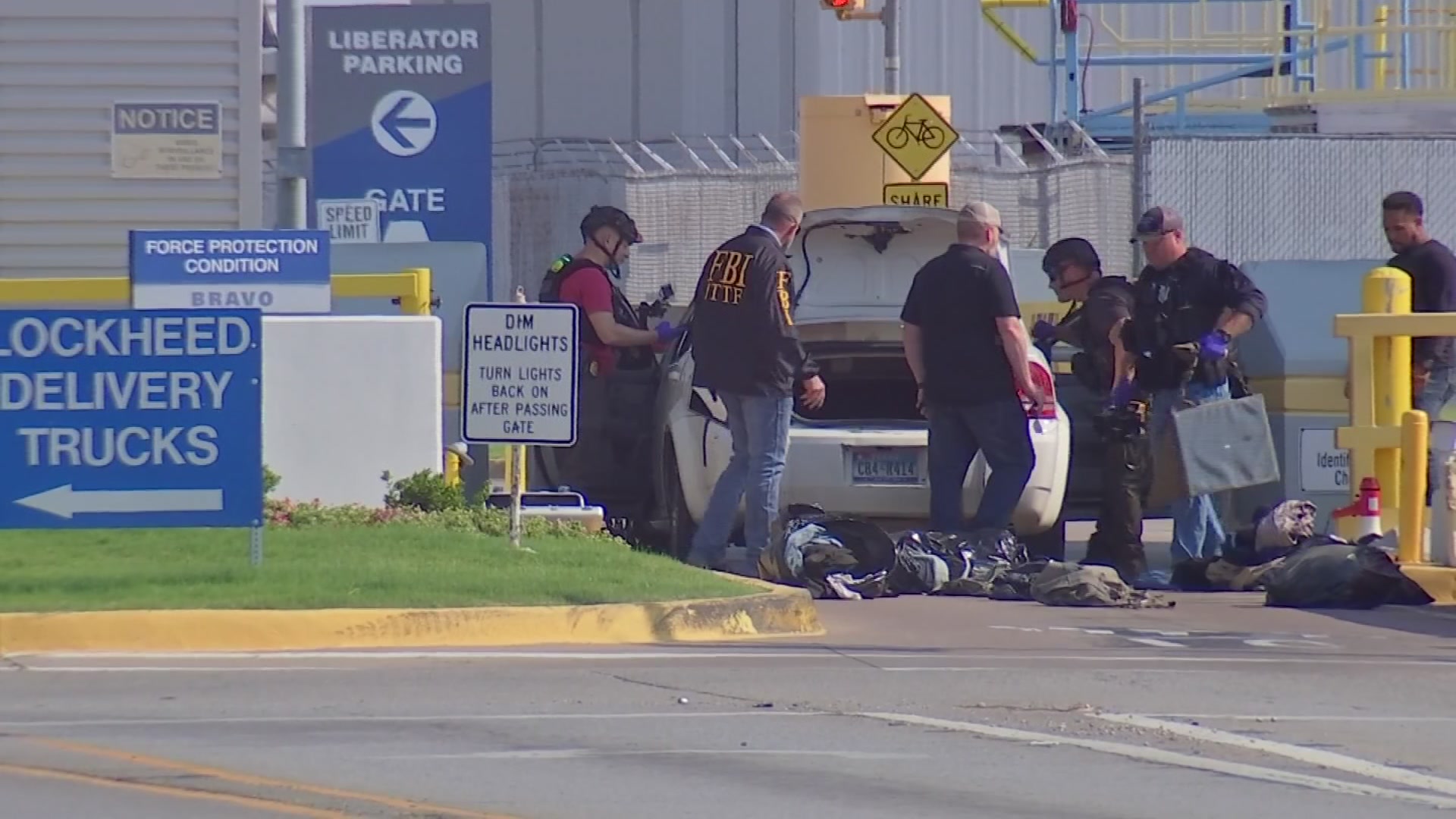 One Dead After Shooting Outside Lockheed Martin: White Settlement Police 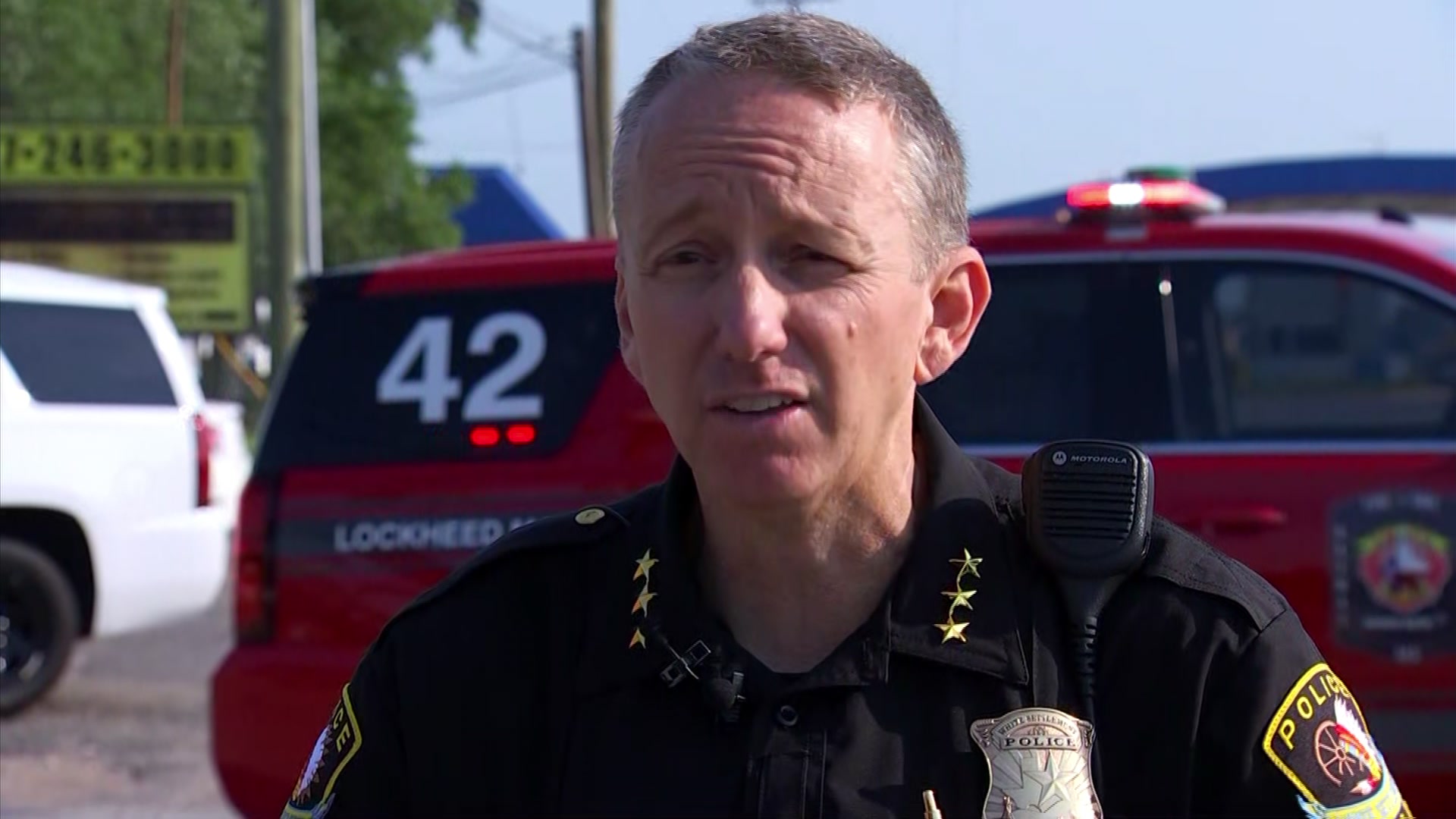 Cook said the man made unspecific concerning statements to Lockheed Martin security while saying he wanted to speak with the FBI. Ken Ross, a spokesman for Lockheed Martin, also confirmed the man wasn't asking for someone at the aeronautics company.

The man, whose name has not yet been released, was also not a current employee of the facility, officials confirmed.

"We take safety and the health of our employees very seriously, and this incident is one that certainly impacts all of our 18,000 people here. One thing we did learn is that the safety and security protocols we have in place are effective, and they work," Ross said. "Our security force is trained for different things. Different mannerisms, obviously if they see a weapon in the car, that is a red flag. That was the situation here."

The main entry gate was reopened around 11 a.m. Thursday, followed by the roads nearby. Amy Hall works across the street from the facility.

"I parked on the side streets and before I had gotten parked and tried walking in, police had stopped everyone from parking. They wouldn’t let us come up this far to our building," Hall said. "I called into work because it was very unusual. My coworker filled me in on the incident that happened."

The man's remains have been turned over to the Tarrant County Medical Examiner's Office for official identification. Cook said they have a preliminary ID on the man and that agents and officers visited people known to the person Thursday morning and determined there were no other threats to the community.

"Every location we've checked we've found no additional threats. We don't believe there are any ongoing threats with the Naval Air Station or Lockheed Martin," Cook said. "So right now we're playing it safe out of an abundance of caution when it comes to making sure there are no explosive devices in the vehicle."

The Lockheed Martin facility in Fort Worth is adjacent to the Naval Air Station Joint Reserve Base Fort Worth and is where the aeronautics company builds the F-35 Lightning II, the most advanced military strike fighter in the world. Thousands of employees work at the facility every day.

If you are considering suicide or if you know someone considering suicide, you can call 1-800-273-8255 (TALK) for help. En Espanol: Red Nacional de Prevencion del Suicidio 1-888-628-9454. An online chat option has been added HERE. Additional suicide prevention resources are available HERE.