House Republican leaders struggled to round up votes from recalcitrant conservatives for a bill dealing with the immigrant surge at the U.S.-Mexico border and head home for a five-week summer break boasting of acting to address the crisis.

In a surprising setback, the leadership on Thursday was forced to abandon a vote on the slimmed-down $659 million measure, then huddled with GOP members -- some who had rushed back from airports -- to figure out a way to secure passage of a bill that would make it easier to deport the tens of thousands of unaccompanied children from Central America flooding into the United States.

Republicans planned to meet again Friday in hopes that revised versions of the border bill and a companion measure designed to rein in President Barack Obama's ability to take executive actions on deportations could sway tea partyers and other conservatives. 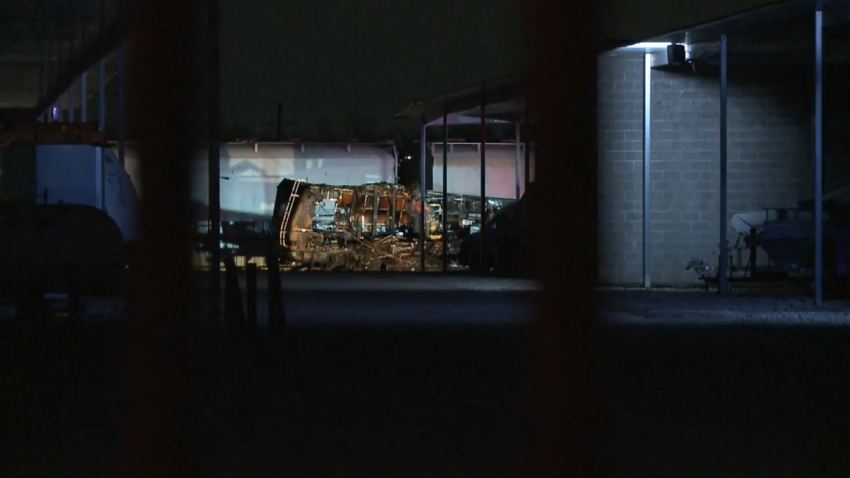 Even if House leaders prevail, the Senate blocked its version of the border bill late Thursday, meaning no measure heads to Obama's desk, despite lawmakers' insistence that they need to resolve a dire problem.

The gridlock on the border crisis reflected the past 18 months of a divided Congress that has little legislation to show for its days in Washington but plenty of abysmal public approval numbers.

The scuttled House vote was an embarrassment for the new GOP leadership team of Majority Leader Kevin McCarthy, R-Calif., and Whip Steve Scalise, R-La., led by Speaker John Boehner, R-Ohio. More troubling for the House GOP was the prospect of returning home without a vote on the border crisis three months before midterm elections.

"The American people expect us to do our jobs," said moderate GOP Rep. Charlie Dent of Pennsylvania. "We have both a border and humanitarian crisis to deal with, and they expect us to take action now."

The Senate blocked a $3.5 billion border package that also included money for Western wildfires and Israel, with Republicans and two Democrats -- Louisiana's Mary Landrieu and Joe Manchin of West Virginia -- opposed. Opponents argued that the bill amounted to a blank check for Obama with no policy changes.

The Senate vote was 50-44, short of the 60 votes necessary to move forward on the measure.

Congress did manage to approve a bipartisan, $16.3 billion bill to revamp the problem-plagued Department of Veterans Affairs and address the long wait times for health care for millions of veterans. The Senate overwhelmingly approved the bill 91-3 and sent it to Obama for his signature.

The Senate also relented and backed the House's version of a bill providing $10.8 billion for highway and transit projects at the height of the summer construction season, sending it to the White House. The vote was 81-13 for the measure that funds programs through May.

The Transportation Department had set Friday as the date the Highway Trust Fund would no longer be able to provide all the aid promised, and estimated that states could expect an average reduction of 28 percent unless Congress acted by then.

The failure of the House to pass the border security bill exposed bitter divisions within the GOP.

Some conservatives opposed any additional spending on border security. Others complained that the companion bill targeting the 2-year-old program that has granted work permits and relief from deportation to more than 500,000 immigrants brought here illegally as kids was not retroactive to 2012 when Obama implemented it.

Many Republicans have blamed that program for encouraging the migration from Central America, a point the White House disputes.

"To kind of put it in perspective, Jeff Sessions is probably held in higher esteem than the Alabama football coach and the Auburn football coach put together," Brooks told reporters.

Over pizza Wednesday night at his office, tea party favorite Sen. Ted Cruz of Texas also met with a group of House Republicans. The involvement of Sessions and Cruz clearly frustrated Republicans who wanted a vote on the border bill.

"It's kind of shocking to me that some people are willing to turn their voting cards over to the Senate or outside groups," Rep. Devin Nunes, R-Calif., told reporters.

Rep. Spencer Bachus, R-Ala., said the House had no choice. "We don't have a bill from Ted Cruz or Jeff Sessions. If we did, we might vote on that," he said, adding, "We'll get the votes. I hope some people grow up."

But some Republicans countered that the problem was Obama's.

"There are still members who are convinced that they're going to be endangered back in their districts if we don't, quote, do something, unquote," said conservative Rep. John Fleming, R-La., who said he opposes any extra border spending.

"I completely disagree with them on that. I think by doing something, all we're doing is taking Obama's nightmare for ourselves. He created it," Fleming said.

Despite overwhelming support for Israel, Congress was unable to approve an Obama administration request for $225 million for the Iron Dome missile defense system that has been effective in intercepting mortars and rockets fired into Israel by Hamas militants. Late Thursday, Sen. Tom Coburn, R-Okla., objected to spending the money without offsetting cuts to various United Nations programs.