Instead, United My Justice says it is calling off the protests, and focusing on an action plan

Following weeks of protests, one Fort Worth group is changing its strategy.

United my Justice will instead be focusing on a new plan of action, according to the group’s president, Donnell Ballard.

“United My Justice will no longer be doing the protests. We want the community to know what’s going on. We’ve decided to move in a different direction,” Ballard said.

He’s hoping to meet with city leaders to get their message across.

“You can protest all day. That’s not going to get it," Ballard said. "You have to be able to have a plan of action, and that’s what we’re working on right now."

Last week, a group of protesters who had been marching with United My Justice broke off and started Enough is Enough.

Rod Smith, president of Enough is Enough, said his members won’t change their approach and the arrests of three protesters won't stop them. 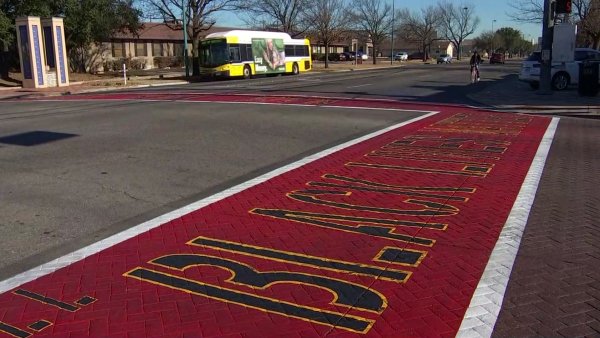 Police arrested Natasha Marie Nelson, 35, on a charge of failure to identify. Nelson was reportedly using a bull horn to hail people in violation of city ordinance and was issued a citation when she did not stop. While she was being detailed, she gave the officers false information, police said.

Manuel Arzate-Sifuentes, 21, was charged with obstruction of a highway or passageway after he blocked a moving police vehicle and refused to move, according to the police report.

Detailed information was not available for the third arrest, which police said was related to outstanding warrants.

During protests, Enough is Enough has gone into businesses to cause an economic disturbance in order get their demands met.

Ballard said he doesn’t agree with that approach.

“We’re not going to go inside anyone’s business. We’re going to be on the outside. That’s the only difference," he said. "Me, I don’t want any of my protesters to get into any kind of trouble."

Despite the difference in styles, both men say their message is the same.

“We are not clashing. We are not divided. What we have done is we have decided to unify, to become stronger,” Smith said.

A spokeswoman for Mayor Betsy Price and the Fort Worth City Council said Price has agreed to continue meeting with the groups and listening to their recommendations.

The city attorney’s office will look over them and present a consolidated list to a city council work session for discussion on June 23.