Interviews Begin This Week for 7 Candidates for Dallas PD Chief

Lonzo Anderson, a 23-year veteran of DPD, has also been appointed to serve as interim police chief beginning Dec. 15

The city of Dallas is making progress toward selecting a new chief of police with the announcement of seven candidates.

City Manager T.C. Broadnax invited the group of seven candidates chosen from a pool of 36 applicants from across the U.S. Interviews are set to begin this week.

The candidates named on the shortlist are:

The search to lead DPD was launched when Chief Reneé Hall, who has served since 2017, announced in September her departure at the end of the year.

Interviews between candidates and council members will be pre-recorded and published on the city's social media and cable TV this week.

The city hired a firm in October to help with the search then community surveys were done in November. Broadnax said the city received input from thousands of residents and DPD personnel.

An additional 55 organizations ranging from police unions to neighborhood nonprofits will participate in stakeholder panel interviews with the candidates beginning Dec. 15.

Due to COVID-19 protocols, the entire process has been conducted virtually. Broadnax said in a statement with NBC 5 Friday that the panel interviews will help identify the candidates' strengths and weaknesses.

"I will also interview the candidates personally and intend to select and appoint a new Chief by the end of December," he said.

Councilmember Jennifer Staubach Gates, chair of the Public Safety Committee, told our content partners at The Dallas Morning News that the finalists were “a good balance of internal and external candidates.”

“I think this is a good, solid group of candidates and I think it’ll help identify the perfect match for the city of Dallas,” she said.

Mike Mata, president of the Dallas Police Association, weighed in on the search for a new chief.

"I think it takes a certain type of person to command a large police department with the dynamics that are going on in big cities today, in the national arena that we’re working in right now," he said. “It’s tough, and it’s going to be tough for that person who’s coming in the place of Chief Hall because we are in such a situation with morale, manpower, high murder rate, high crime rate."

Critics are also pointing out some concerns in the search process.

Police union leaders said the city eased back on requirements to apply for chief in order to cast a wider net on finding candidates.

The position no longer requires a master's degree or a higher number of years as command supervisor.

For example, Salina police - a much smaller department - does require a master's degree and eight years of command supervisor experience.

"It's mindblowing to me. Because, let's just look at it, we're in a worse position today than we were in 2017 when Chief Hall was hired. Why would we lower our standards? And if it's because you want a wider or broader applicant pool then why did we only get 36?" said Mata.

Mata said in last search for a chief, they had 75 to 100 applicants.

"I think it's very problematic when we're trying to look for a quick fix to a big problem. Quick fixes never work. I think this should’ve been a six-month process," said Mata. “I just think there’s a better process. But we took shortcuts because we need to have somebody by Dec. 31. We have capable people, like Chief Anderson, who has been named the interim, that could do this for a few days or 180 days. Just so we can make sure we get it right.”

Mata said he was also concerned to see no applicants from top 10 cities in the country with experience in the problems Dallas faces such as morale, staffing, race relations and the surge in violent crime.

Dallas has seen at around 230 homicides so far this year, up from 191 a year ago.

Mayor Eric Johnson did not mince words about this and the search for a chief during his city address last week.

"Reducing violence will also help us recover economically from COVID-19," he said. "We need more robust law enforcement strategies as well. The violent crime reduction plan that I asked for last year simply has not worked. Soon, the city manager will decide on a new police chief who will set the course for the Dallas Police Department in the years ahead. I have no say in that decision, but it’s important to me that the public has a voice. I will continue to push for your involvement, and it is my expectation that whoever becomes the next police chief will be accountable to you and will work with you to make our city safer."

In an exclusive interview with NBC 5 Investigates, Dallas Police Chief U. Renee Hall said she is offended by the treatment she has received from Dallas Mayor Eric Johnson and that she believes the mayor’s recent attacks on her leadership have become personal.

“I am honored the city manager has asked me to serve as interim police chief during this transition and remain committed to advancing the department’s efforts to address violent crime,” said Anderson. “I’m grateful to Chief Hall for her leadership and continued service ensuring a smooth transition and will likewise look forward to helping the new chief get up to speed in early 2021.” 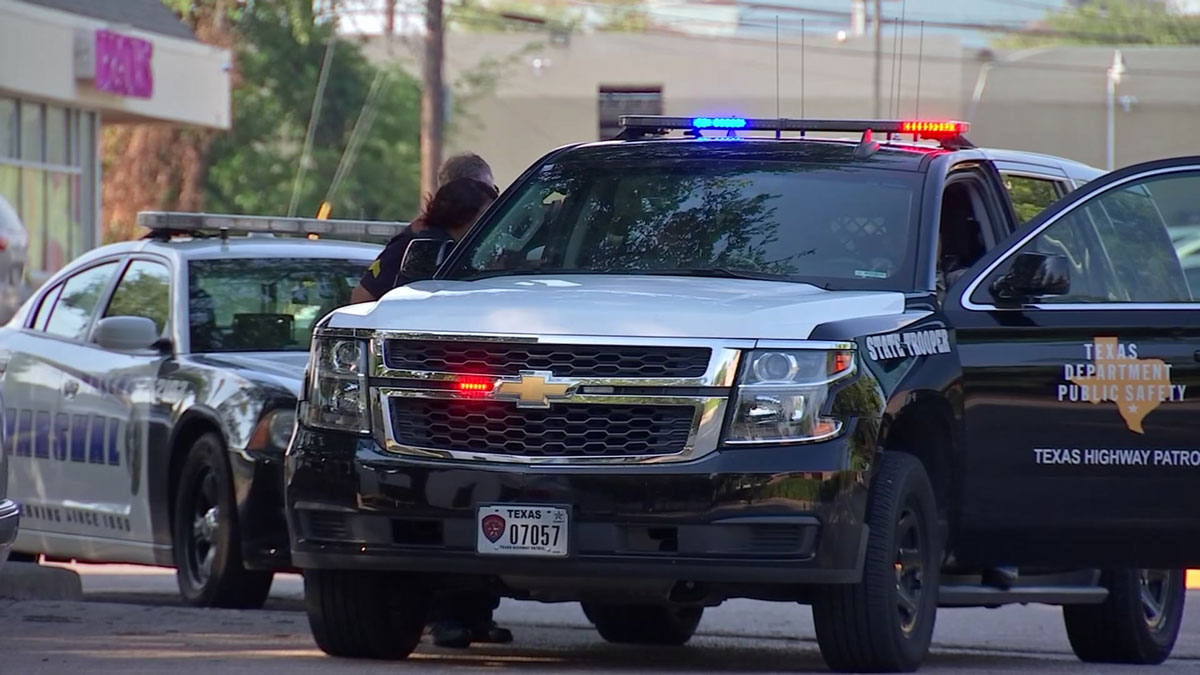 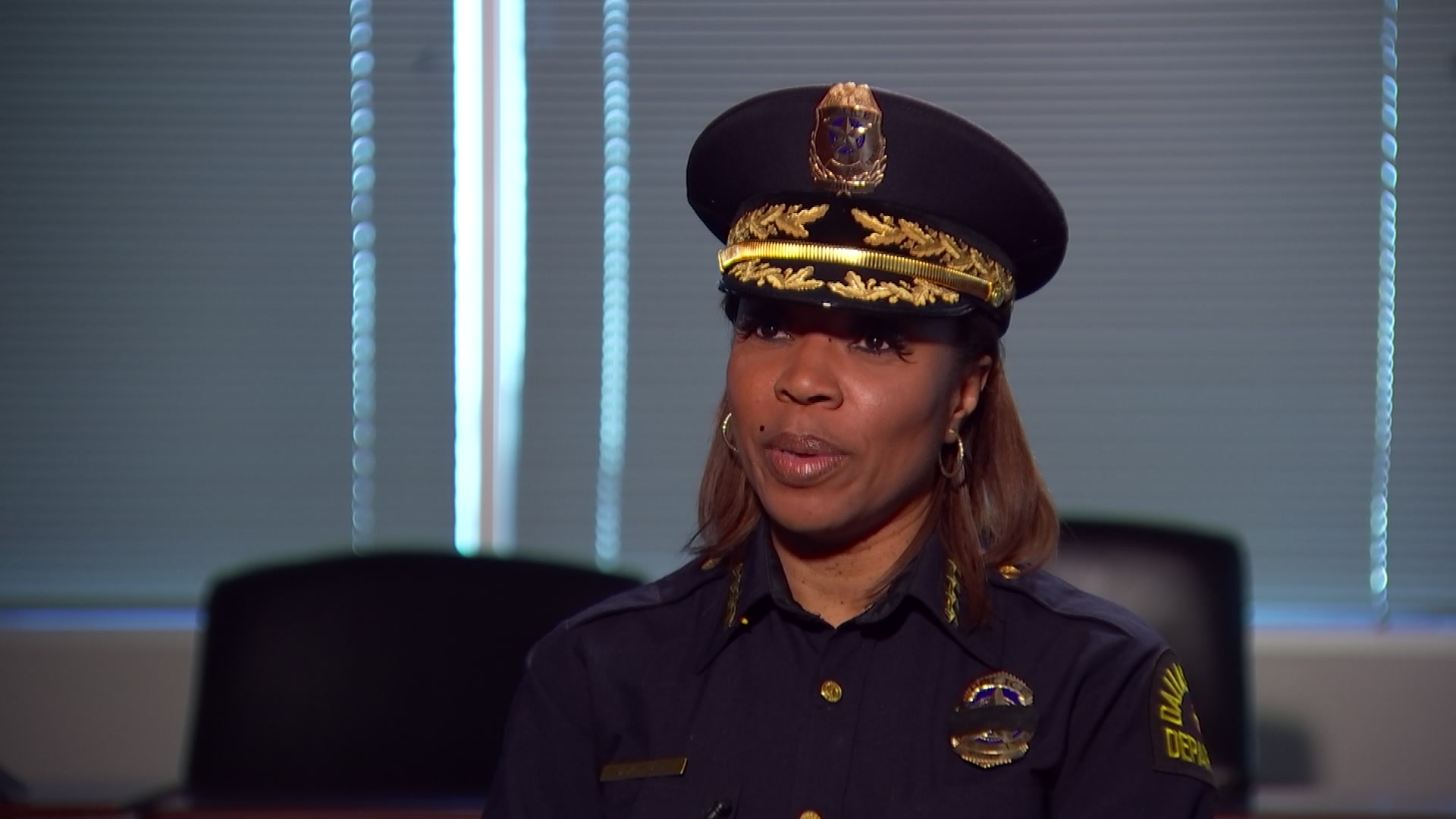