Bush Hits the Dirt in Tokyo

Dallas resident and former President George W. Bush threw out the ceremonial first pitch before Game 3 of the Japan Series.

Bush wore a Yomiuri warm up jacket when he took the mound Tuesday at Tokyo Dome. The Yomiuri Giants are playing the Nippon Ham Fighters in the Japanese version of the World Series.

The pitch to Giants catcher Shinnosuke Abe bounced once in the dirt before being caught. 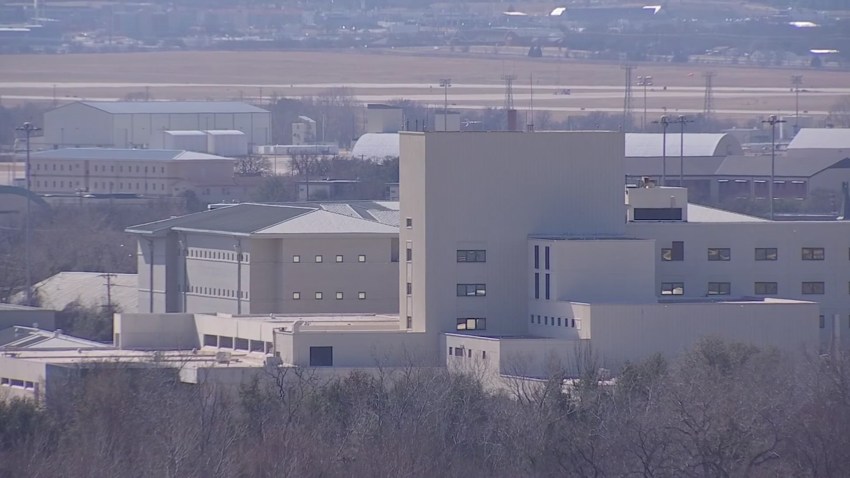 Inmate at FMC Carswell in Fort Worth Dies from COVID-19

Bush chatted briefly with several players after walking off the field and watched the game in a private box with former Japanese Prime Minister Junichiro Koizumi. Also in the box were Japanese home run king Sadaharu Oh and U.S. Ambassador John Roos.

The Giants won the game 7-4 to take a 2-1 lead in the best-of-seven series, Japan's version of the World Series.

Dozens of demonstrators marched outside the stadium protesting the wars in Afghanistan and Iraq that were launched by the Bush administration. They carried signs saying, "Arrest Bush," "The King of War," and "Bush Go to Jail."

One demonstrator threw his shoes at a photo of the former president, mimicking Iraqi journalist Muntadhar al-Zeidi, who launched his own footwear at Bush at a Baghdad news conference in December.