Father of two accused of killing a woman Monday; boys were not harmed, police say

Two young boys who were the subject of an Amber Alert on Monday in Dallas are safe Tuesday while their father, who was suspected in their abduction, is in custody facing a murder charge, police say.

The Dallas Police Department posted on social media shortly after 3 a.m. Tuesday that the boys, ages 2 and 4 years old, had been found safe, but they released no further information on how or where the boys were located.

Later that morning, Dallas police said Jeter surrendered to homicide detectives at Dallas Police Headquarters and that he now faces a murder charge.

Jeter is currently being held in the Dallas County Jail on a $500,000 bond. It's not clear if he's obtained an attorney.

Our partners at the Dallas Morning News report the shooting victim was identified by police as Hope Janicenassia Hensley, "a 20-year-old woman remembered as a loving mother to her three children."

At approximately 9:12 a.m. Monday, Dallas police officers responded to a shooting call in the 4700 block of Meadow Street. Upon arrival, police said officers found Hensley in her apartment with a gunshot wound.

Hensley was transported to a local hospital where she was pronounced dead. 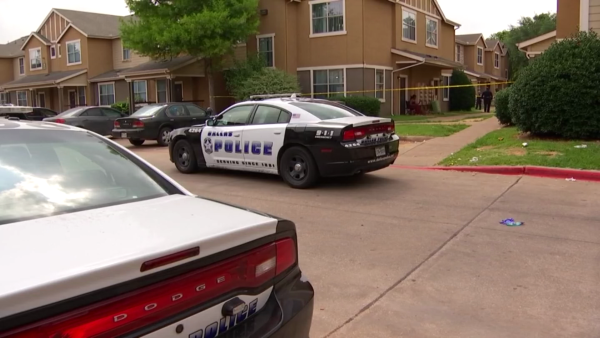 Jordan May, 21, told the paper he was in a relationship with Hensley and that their three children — ages 6, 1 and 9 months — were physically unhurt but were with their mother when she was shot in her apartment.

A relationship between Jeter's boys and Hensley has not yet been confirmed by the police. According to the Dallas Morning News, May told them Hensley's older sister had been dating Jeter.

Additional details on the case have not been made available by police.