Dallas County Reassured Pop-Up Hospital Will Be Available When Needed

There's been some controversy over whether a pop-up hospital in Dallas will stay or go. There’s been some back and forth, but now the Dallas County judge, Texas governor, and even President Trump, are reassuring the public patients will get what they need.

Dallas County Judge Clay Jenkins wrote a letter Monday responding to a warning from Gov. Gregg Abbott that Dallas was in jeopardy of losing a temporary hospital inside Kay Bailey Hutchison Convention Center for COVID-19 treatment.

Jenkins said the convention center would be ready for use. His message to the people of Dallas County was direct.

“You should not worry about this. I have the Navy officer overseeing this whole thing’s word that when we need it, it will be there,” Jenkins said.

Concern about the center and whether it would be available started with a letter from Abbott’s chief of staff. It said the governor got word that Jenkins said he didn’t need the facility and warned Jenkins of losing the federal resource.

Per the governor’s request, Jenkins responded with his own letter making clear the intentions for the facility.

The letter reads in part, “We have accepted the FMS and we have been working every day since March 23, 2020 to ensure that the physical plant and equipment are in place.”

Jenkins said there is an explanation for why the facility has not yet been used. He said the hospital network has not yet reached capacity, but that possibility is on the horizon.

“It is to be used as a COVID-19 stepdown unit when there’s hospital capacity issues, probably in a week or two,” Jenkins said. 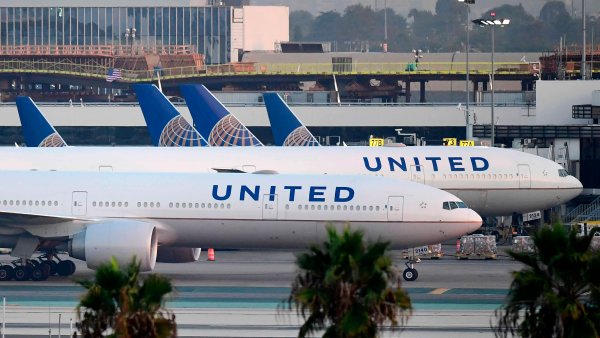 NBC 5 is told equipment was unloaded at the convention center and 240 beds are in place. Jenkins explained how the pop-up hospital is expected to work.

“So you're still positive, you're still symptomatic and you're still struggling. You're still having trouble breathing. But you don't need to be in in the normal hospital anymore,” he said. “You can free that bed up for a person at the beginning of the disease and needs that hospital bed to stay alive.”

Even President Donald Trump chimed in on Dallas’ hospital concerns, praising the governor, and not confirming the federal government had any plans of dismantling the facility.

“We’re never going to do anything to hurt Texas. We’re only helping Texas,” Trump said.

“We are grateful for our federal partnership. We will continue to work the federal partners to do everything we and to keep Texans safe," John Wittman, a spokesman for Abbott, said.

Ultimately, Jenkins said the asset is wanted, needed and he doesn’t expect it to be taken away.

Jenkins is expected to take a request to the Dallas County Commission Court on Tuesday to secure funds for supplemental resources at the pop-up facility.