What to Know About Tax Credits in the American Rescue Plan

Many Americans will pocket some extra money this year and next courtesy of changes the American Rescue Plan made to a handful of tax credits. 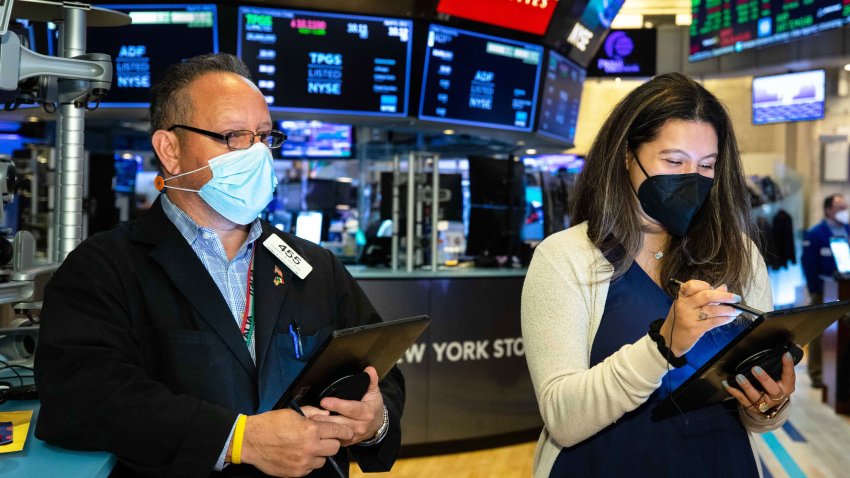 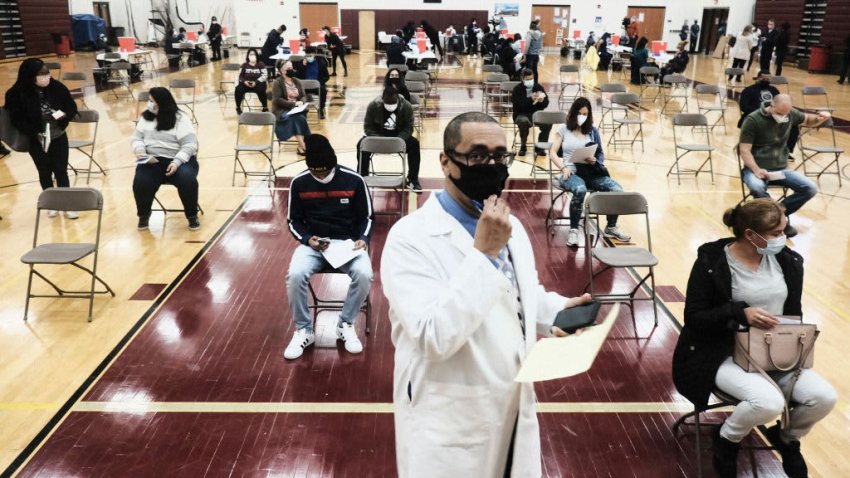 Covid Cases Are Rising in More Than Half of U.S. States, Despite Ramp Up in Vaccinations

The changes, especially those to the child tax credit, are aimed at lower earners. They're temporary and will only apply to tax season next year (for 2021 income), unless Congress extends the new rules or makes them permanent.

More from Personal Finance:
Biden's infrastructure plan won't raise individual taxes, for now
Fourth stimulus checks are unlikely. What federal aid may be next
IRS refunds will start in May for $10,200 unemployment tax break

Here's what taxpayers need to know.

The recent round of relief included stimulus checks of up to $1,400 per person.

But it also allows people to claim earlier rounds of Economic Impact Payments they may have missed.

The first two tranches — up to $1,200 and $600, respectively — were technically advance payments of the 2020 Recovery Rebate Credit.

Taxpayers who got the full check amount aren't eligible for additional money. But some may qualify for more aid if they didn't receive a first or second round of payments, or got less than the full amounts.

That may have happened if the IRS didn't have a recent tax return, for example. Income on file may disqualified households from checks, which aren't available to higher earners.

Let's say someone lost income in 2020 and now qualifies for $1,200 and $600 checks. The IRS may not have issued payments to this person because the agency had a 2019 tax return reporting a higher income.

Such a person can claim a Recovery Rebate Credit for the payment during tax season this year. It will come in the form of a tax refund.

They must file a 2020 tax return even if they don't usually file a return.

The same rules will apply with respect to the recent $1,400 checks when Americans file their taxes in 2022.

Generally, those with adjusted gross income up to $75,000 for singles, $112,500 for heads of households and $150,000 for married couples who file jointly are eligible for full payments. The checks phase out above those limits.

The American Rescue Plan made several changes to the child tax credit, both in amount and timing.

About 80% of families with kids will get a tax cut due to the new rules, with outsized benefits for lower earners, according to Elaine Maag, a principal research associate at the Urban-Brookings Tax Policy Center who studies income support programs.

Under prior rules, taxpayers could claim a child tax credit of up to $2,000 per kid under age 17.

The American Rescue Plan raises that to $3,600 for kids under age 6, and to $3,000 for older children. The legislation also expands the age of qualifying children to allow a credit for 17-year-olds.

Higher-income families will generally get the same benefit as under prior law (unless they have an eligible 17-year-old, in which case they'd get more), according to the Congressional Research Service.

The relief measure also makes the child tax credit fully refundable. It had been partially refundable — taxpayers could only get back up to $1,400.

That structure largely benefited wealthy families. A lower earner with no tax liability could only get up to $1,400 back, while higher earners could generally claim a higher value.

About 19% of taxpayers eligible for the credit had incomes too low to get the maximum, according to the Congressional Research Service.

"It's a big shift in the way we're distributing to low-income households," Garrett Watson, a senior policy analyst at the Tax Foundation, said of changes to the credit.

The changes would apply during next year's tax season when families file their 2021 returns.

In addition, lawmakers are trying to turn the credit into a predictable income stream via advance payments starting as early as July this year.

This would help low earners smooth any volatility in their earnings, perhaps if they work seasonal or part-time jobs, and better manage their monthly bills, Maag said.

The advance would be on half the value of a family's credit; the other half would be refunded at tax time next year. People who file a 2020 return will be eligible for the advance payment.

Payments are expected to be monthly but may ultimately be quarterly, depending on what the IRS is able to administer, experts said.

Monthly payments may be as high as $300 per child, Watson said.

"It's much like the stimulus checks, advancing a payment based on this year's tax return," Watson said.

There's a caveat: Families may owe money back if they receive a larger advance than they're eligible for — as may occur due to changes in income, filing status or number of children. There are some protections for lower earners, however.

Advance payments are estimates based on 2020 income-tax data (or 2019 if unavailable). Families will be able to update this information on an IRS web portal later this year.

The earned income tax credit is a refundable tax credit for lower-earning working families. Its amount depends on income and number of kids.

Changes to the credit will largely go workers without kids, experts said. Their maximum benefit was tripled, to about $1,502 from $543, according to the Tax Foundation.

The minimum age to claim it was reduced to 19 from 25. The upper age limit (previously up to age 65) was eliminated.

Even with the changes, most of the credit's benefits (about 85%) are projected to go to families with kids, Maag said. That's down from about 97%, though.

About 9% of taxpayers will get a tax cut due to the changes, almost all among the bottom 20% of earners, Maag said. The average tax cut is projected to be about $700.

The law also allows households to write off 50% of those expenses instead of 35%.

The law also made the credit fully refundable.

However, not many taxpayers will benefit. About 13% of all families with kids will get a tax cut, Maag said.

And the benefits skew toward the upper-middle class, she said, since low-income families tend to rely on informal care and don't incur child-care expenses.

The credit starts to phase out once income reaches $400,000.