GM, Ford Are All-In on EVs. Here's How Their Dealers Feel About It

After years of come-and-gone predictions that battery-powered sedans, pickups and SUVs would replace gas-guzzling, emissions-spewing models, the shift to electric vehicles is revving up. Beyond EV pioneer and market leader Tesla, virtually every major auto manufacturer is lining up to flip the e-switch and it is not just a big deal for consumers, but the thousands of auto dealerships across the country that will need to embrace the electric future.

General Motors has said it's aiming to produce only EVs by 2035, with 30 new plug-in models arriving by 2025, marking a $27-billion investment. Ford, which previously committed $22 billion to EV development, just announced that 40% of its vehicles will be electrified by 2030. Toyota, Volkswagen, Daimler, Hyundai, Fiat Chrysler, Honda and other automakers are making similar pledges.

In preparation for this onslaught of new models, franchise car dealers in the U.S. — many of them longtime small businesses located in suburban and rural communities — are gearing up. Salespeople are getting ready to put you in an EV today. And because EVs have fewer moving parts, service technicians are being trained to maintain them. 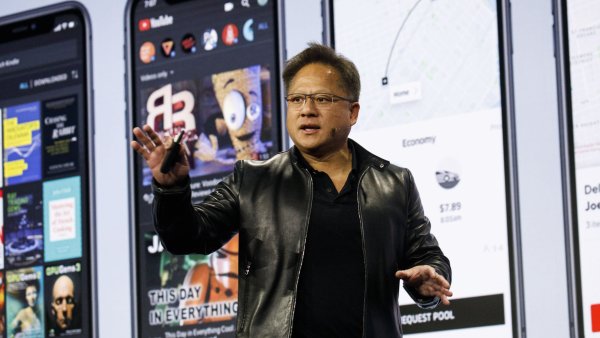 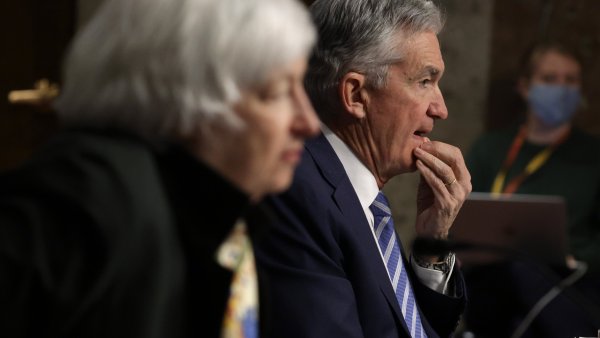 "EVs are the big issue right now," said Mark Paladino, general manager of Colonial Ford in Danbury, Connecticut, and a 40-year veteran in the business. He was still excited about Ford's debut of the F-150 Lightning pickup, an all-electric version of the best-selling vehicle line in the nation for four decades running.

Paladino's excitement is warranted, considering that Ford.com tallied 70,000 reservations for the Lightning within the first week of its official release on May 19, with $100 deposits plunked down for each, said Jason Mase, Ford's cross vehicle marketing manager. That followed the successful introduction of Ford's Mustang Mach-E electric vehicle, where 70% of initial customers were new to Ford. For the F-150 Lightning, Mase said, "90% ordered the highest trim level and 80% ordered the extended-range battery. ... It was beyond our expectations."

Colonial is one of 2,300 Ford dealers, among a total of roughly 3,000, that have volunteered to become EV-certified, an investment that entails training sales and service personnel, upgrading battery-charging stations and purchasing special equipment, parts and tools. The remaining third have thus far opted out of spending nearly $50,000 for the certification. Other manufacturers are asking for upwards of $300,000 for the designation.

"We were all in right away," Paladino said, adding that the family-owned dealership was previously trained on several gas-electric hybrid models, as well as Ford's first-ever EV, the 2021 Mustang Mach-E SUV, introduced in December. "We see EVs as a part of our business that will only get larger, and we want to be in that world."

EVs comprise less than 3% of overall new-car sales in the U.S.  Tesla has dominated the market, making up about about 55% of it, according to Credit Suisse — though that's down from 72% a few months ago, reflecting the growth in competition.

Although EVs now represent only a fraction of the U.S. automotive fleet, they "are eventually going to become a significant part of a car retailer's business," said Chris Sutton, vice president of automotive retail for market research firm J.D. Power.

A Bloomberg New Energy Finance report estimated that by 2040, EVs will account for 58% of worldwide passenger vehicle sales, with China, Europe and the U.S., respectively, leading the pack.

"By providing their sales and service expertise, and as an education resource for customers, they add value to automakers," Sutton said of dealerships. Though he added that because EV sales to date have been concentrated in coastal states, Michigan and Texas, many dealers elsewhere remain in wait-and-see mode.

In addition to manufacturers' ambitious targets, the Biden administration has proposed spending nearly $42 billion to build out the nation's EV battery-charging infrastructure, gas prices have inched up and ExxonMobil's shareholders elected three climate-friendly directors supported by an activist investing group to its board. Support for Biden's infrastructure spending plan, however, to which EV infrastructure spending is tied, remains uncertain.

Car dealers are focused on the here and now. They should be heartened, then, by a Cars.com survey that reveals two-thirds of Americans are interested in buying an EV, despite barriers such as higher sticker prices than internal combustion engine (ICE) models and the paucity of charging stations. Plus, some EVs still qualify for a $7,500 federal tax credit, while states such as California, New Jersey and New York offer additional rebates up to $5,000.

These data help explain why the 17,000 members of the National Automobile Dealers Association (NADA) "can't wait for EV products to get here," said NADA President and CEO Mike Stanton. "Dealers are in the business of selling cars and making customers happy, so why wouldn't they want to sell EVs?" he said, dismissing reports of lackluster enthusiasm among dealers.

Political support for climate change policies vary across the nation, and in the past year support has been dropping among Republicans for the federal government making action on clean energy a top priority, according to a recent survey conducted by the Yale Program on Climate Change Communication and George Mason Center for Climate Change Communication. But considerable support remains among conservatives for providing tax rebates to people who purchase energy-efficient vehicles or solar panels: 78% of moderate Republicans and 60% of conservative Republicans. It was the only "climate-friendly energy policy" in the survey which a majority of both moderate Republican and conservative Republican registered voters support.

One genuine concern for dealers, however, is the fact that EVs don't require oil changes, transmission repairs and other service owners of ICE vehicles routinely bear — and that account for 50% of dealers' gross profits. A 2019 report from AlixPartners estimates that dealers could see $1,300 less revenue in service and parts over the life of each EV they sell.

Even though 70% of aftermarket service of ICE vehicles is handled by independent shops, franchise dealers don't want to cede EVs to them, especially as consumers familiarize themselves with battery charging and other peculiarities. "The EV owner might trust the dealers more to perform service than the aftermarket shops earlier in their ownership period," Sutton said.

The service element doesn't necessarily worry Rita Case, CEO of Rick Case Automotive Group in Ft. Lauderdale, which represents VW, Hyundai, Honda, Audi, Mazda and other brands at its dealerships in south Florida and Atlanta. "EVs need tires, brakes, batteries, lights and some steering and drivetrain maintenance," she stated. Rick Case Auto is already selling and servicing a limited number of EVs and hybrids, but "within the last six months we've ramped up EV training for our salespeople and technicians and purchased new charging equipment" in anticipation of increased consumer demand for new electric models, Case said.

GM has been readying its 4,100 franchise dealers over the past year, not only for the refreshed Chevrolet Bolt — an early EV entrant that has gone through a recent design — but also the upcoming electric GMC Hummer and the Cadillac Lyriq. "Service is critical to what our dealers do today and will be in the future," said Travis Hester, GM's chief electric vehicle officer. "EV service will definitely evolve and won't be exactly the same" compared to that for ICE vehicles, he said, noting that some EV parts may last 10 to 15 years. "No one is panicking about it, but we know it's going to change over time, so we're working with our dealers on that."

Meanwhile, Paladino can't keep up with Colonial Ford's conventional service demands. "We're booking and servicing every vehicle we can," he said. "Right now, I'm three weeks out in servicing your car."

Another issue on dealers' minds is direct-to-consumer (D2C) sales, the business model that's fueled Tesla's marketing of more than 385,000 EVs on U.S. roads to date. Tesla does operate about 130 company-owned showrooms, yet sales are transacted online. At last count, 33 states allowed D2C auto sales, with others' legislatures debating bills that would bypass the so-called franchise system that has legally connected dealers and manufacturers for more than a century. NADA, states' dealer groups and traditional automakers have advocated maintaining the franchise system, claiming that it levels the playing field.

Then again, online marketing is nothing new to car manufacturers and dealers. Every brand maintains a website where shoppers can peruse models and pricing, and even custom design a new car. But they're ultimately referred to a local dealer, who completes the transaction and aims to establish a loyal relationship that includes routine maintenance, service and perhaps a future sale.

Generating foot traffic — the proverbial "kicking the tires" routine — is the lifeblood of dealers' business models, so to survive they will have to adjust to consumers' appetite for buying directly online, a routine that only expanded during the pandemic. That means letting manufacturers take reservations and deposits online, as Ford and other manufacturers are doing, and finding ways to attract and foster long-term relationships with a new generation of EV drivers, such as special test-drive events, on-site charging and mobile service techs who make house calls. "The dealer network has been around for a long time because they are able to pivot to where the market is and what customers expect and require," Sutton said.

The auto industry is at an inflection point in the transition to EVs, and dealers large and small will have to pivot once again. "If you're going to play in the EV sector, you've got embrace it now — the charging infrastructure, the parts, the equipment, the labor," Paladino said.

While Case is waiting for greater demand for EVs, she's "super positive" about the future. "I'm in the business of selling cars, and one thing I know for sure is people are going to want cars."