Michael Jackson continues to inspire his only daughter, nearly 12 years after his death

Paris Jackson was just 11-years-old when her father died in 2009. But Michael Jackson’s death didn’t mark the end of his influence in her life.

Now, just days away from her 23rd birthday, the King of Pop’s only daughter is sharing how he raised her and how he continues to shape her life.

“My dad was really good about making sure we were cultured, making sure we were educated, and not just showing us, like, the glitz and glam — like hotel hopping, five-star places,” Jackson told Naomi Campbell in an interview for the supermodel's YouTube series, “No Filter.”

The model, actor and singer noted that she was conceived in Paris, born in Los Angeles and was raised “kind of everywhere but” those iconic cities. 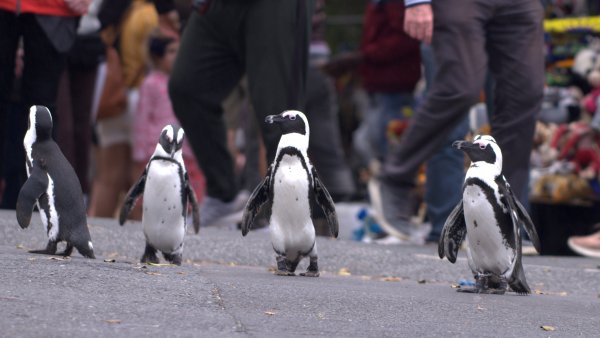 Waddling Into View Are the Stars of Netflix's ‘Penguin Town' “It was also like we saw everything,” she said of the upbringing she and her brothers, Prince, 24, and Bigi, 19, enjoyed. “We saw third world countries. We saw every part of the spectrum.”

Looking back now, she regards it as "a blessing and a privilege to be able to experience so much at a young age." And she feels fortunate that her father gave her so much more than just a material inheritance. The music legend left her with enough life lessons to last a lifetime.

"I’m also a full believer that I should earn everything," she said of her position in life now, as she pursues a number of careers in entertainment and fashion. "I need to go to auditions. I work hard. I study scripts. I do my thing."

Because that’s what she and her siblings learned was most important from a very early age.

"Even growing up it was about earning stuff," she recalled. "If we wanted five toys from FAO Schwarz or Toys ‘R’ Us, we had to read five books. It’s earning it, not just being entitled to certain things or thinking, ‘Oh, I got this.’ It’s like working for it, working hard for it, it’s something else entirely. It’s an accomplishment."

One of her most recent accomplishments has seen her following in her father’s footsteps by releasing her first solo studio album, "Wilted," late last year.

"Well, I’m obviously a fan of his music," she said. "I know all the lyrics to all of the songs and, you know, I will definitely jam out to them."

But when it comes to influencing her own sound, she credits many different musicians and musical styles — most of which her hit-maker dad exposed her to during her youth.

"I feel like every part of my childhood will always influence how I am today, whether it’s experiences or all of the music we listened to," Jackson explained. "He loved classical music, jazz and hip-hop and R&B and, obviously, the Motown stuff, but also radio’s Top 40. He loved rock music, soft rock, the Beatles."

So no matter what acts, in particular, inspire her music, her father always remains a part of it.