Tropical Storm Kate Forms in Atlantic; No Threat to Land

A tropical storm formed in the Atlantic far offshore on Monday just hours after monster Hurricane Ida slammed into Louisiana, but the new storm currently poses no threat to land.

Tropical Storm Kate is located a little less than 800 miles northeast of the Leeward Islands, the U.S. National Hurricane Center in Miami reported. It has maximum sustained winds of 45 miles and is moving north about 8 mph.

Kate is expected to continue moving north and then turn northwest on Tuesday night or Wednesday. It is predicted to slowly strengthen by Thursday. There are no coastal watches or warnings in effect.

Kate developed just hours after Ida roared ashore in Louisiana with 150 mph winds, the fifth-strongest hurricane ever to hit the mainland. The hurricane left coastal residents trapped in floodwaters, ripped roofs and walls from buildings, and cut off power to the entire city of New Orleans. 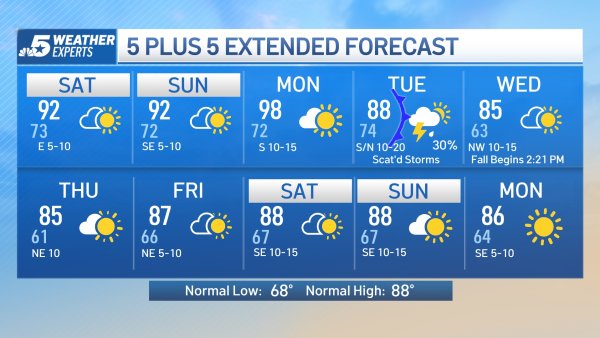 NBC 5 Forecast: Heating Up for the Last Weekend of Summer 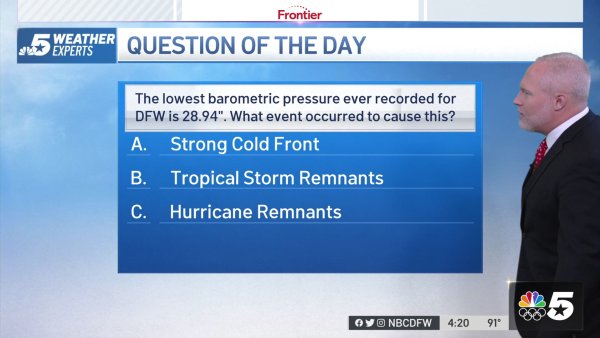 Ida's winds were down to 45 mph early Monday, and forecasters said it would rapidly weaken while still dumping heavy rain over a large area.