After four months of waiting and planning, the NBA bubble is ready to be tested.

The first six teams — Brooklyn, Denver, Orlando, Phoenix, Utah and Washington — are scheduled to arrive Tuesday at the Disney complex. Another eight teams arrive Wednesday, the last eight arrive Thursday, and with that training camps will be on the cusp of beginning.

If the plan works, all teams will be at Disney for at least 5-1/2 weeks and some teams will be there for more than three months. And not everyone in the league has an abundance of optimism that the experiment — involving daily testing, separation from friends and family for weeks if not months, and strict regulations regarding just about everything imaginable at Disney — will be enough to complete the season.

Newy: Jones Can't Have It Both Ways on National Anthem Stance 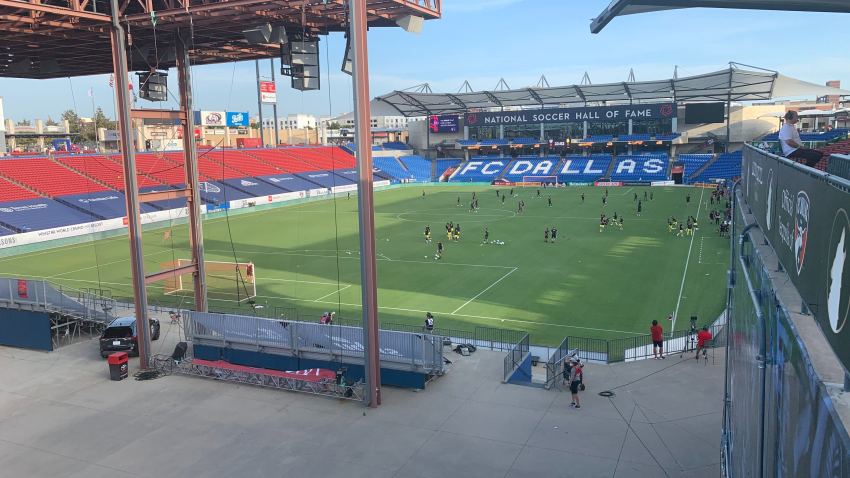 The process for arrivals will be streamlined — players and team staff will be immediately taken to the testing room at their Disney hotel after clearing security when arriving on the premises. They’ll receive a short briefing on the testing program and other matters, receive what will serve as their room key, then go through initial testing for both the coronavirus and the presence of antibodies. Virus testing will continue daily; the antibody testing is intended to be a one-time event at Disney.

In their rooms, a welcome kit including a thermometer, pulse oximeter and two optional items — a physical distancing sensor and an Oura Ring that tracks sleep and activity — will be awaiting players and staff, as will some personal protective equipment such as wipes to clean the exterior of their luggage.

“I think we’re on the right path, we’re on the right plan,” Houston general manager Daryl Morey said. “But I think every day there’s new information so ... I think if anyone’s certain about anything right now I think they’re making a mistake. I think we all have to intelligently continue to understand the risks, manage the risks versus the potential outcomes, and go from there.”

For some teams, the getaway comes not long after the reality of the virus struck yet again. Miami closed its facility late last week following positive test results, Milwaukee and Sacramento followed over the weekend after the same circumstance, and now seven of the 22 Disney-bound teams have had to shutter their practice gyms.

All this, of course, comes with coronavirus numbers in Florida still rising and the percentage of positive test results simply overwhelming what the standards were a few weeks ago.

“As long as we try to (abide) by the rules, I think that’s going to help get us through the season,” Pelicans guard Lonzo Ball said. “I can’t really tell you whether it’s going to work or not.”

And not every team is having its entire travel party arrive at once. Phoenix general manager James Jones said some Suns players will be arriving separately, adding that some decisions have yet to be made.

“The initial adjustment will be tough,” Jones said. “The first five or six days – you’re talking about quarantine, trying to get acclimated to new surroundings, trying to figure out your flow and rhythm. But once the games start, they’re every other day, I think the players will be fine. You play a game on Monday, you’re tired and recover on Tuesday, then you’re right back at it on Wednesday.”

And there are some teams, including Washington, that are still apparently figuring out who will go. Wizards coach Scott Brooks said Monday that the team is still waiting for a final decision on guard Bradley Beal, who has indicated that he is weighing whether participating in the restart would be his best move.

“No final decision,” Brooks said. “We’re all still day by day and he’s looking great. ... We hope that everybody goes down there.”

Spurs forward Rudy Gay has a son who happens to be a big Disney fan, and wanted to know why the family didn’t take its traditional Disney vacation this year. Gay hasn’t had the heart yet to tell him that he’s headed to Disney for several weeks, and was asked Monday if he has a special souvenir in mind to bring home.