With the baseball season right around the corner (thank God, right?) many folks are coming out with preseason rankings and projections of all sorts.

That includes the rankings of baseball's divisions — all six of them. ESPN's Jayson Stark released his ranking of the six divisions, and it might be a slight surprise in regards to the order of the top 2.

While the New York Yankees and Boston Red Sox aren't expected to the powers they typically are — the Yankees aging at an alarming rate and the Red Sox in a rebuilding phase — the rest of the AL East is ready to pick up the pace.

The Buck Showalter-led Baltimore Orioles are coming off a playoff season and the Toronto Blue Jays appear primed to be one of the favorites to win the AL pennant with all of the off-season acquisitions they've made along with the power lineup they already had in place. For that reason, the AL East is still No. 1, according to Stark, just because of different teams than usual. 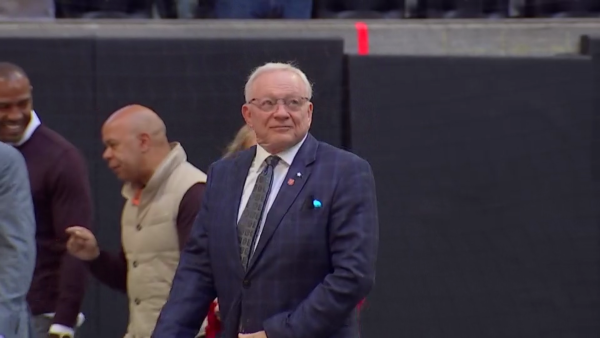 The AL West, where the Texas Rangers reside, checked in at No. 2 in the rankings after a bit of a surprising finish to last season when the Rangers collapsed and finished as an AL Wild Card and the young, upstart, no-name Oakland A's won the division on the season's final day. The highly touted Los Angeles Angels missed the playoffs all together.

The Angels, of course, got Josh Hamilton from the Rangers but lost three-fifths of their vaunted starting rotation. The A's are still young and made up of relative unknowns and the Rangers have had more than their fair share of changes. But it's still a loaded division. Even the Seattle Mariners look to have improved.

The one thing that could be dragging the West down in the rankings is the addition of the Houston Astros, who are moving over from the National League and could easily lose 110 games with basically nothing on their big-league roster.