An angry President Donald Trump came out swinging Monday against Dr. Anthony Fauci, the press and polls that show him trailing Democrat Joe Biden in key battleground states in a disjointed closing message two weeks out from Election Day

On the third day of a western campaign swing, Trump was facing intense pressure to turn around his campaign, hoping for the type of last-minute surge that gave him a come-from-behind victory four years ago. But his inconsistent message, another rise in virus cases and his attacks on experts like Fauci could undermine his final efforts to appeal to voters outside his most loyal base.

His aggressive travel comes as Trump plays defense in states he won four years ago, though the president insisted he was confident as he executed a packed schedule despite the pandemic.

Donald Trump and Joe Biden return to the campaign trail Friday after a night of dueling town halls. Trump stated that he will accept a peaceful transfer of power if he loses the election, while casting doubt on the integrity of the presidential election with a caveat during his appearance on NBC.

“We’re going to win," he told campaign staff on a morning conference call from Las Vegas. He went on to acknowledge that he "wouldn’t have told you that maybe two or three weeks ago," referring to the days when he was hospitalized with COVID-19. But he said he felt better now than at any point in 2016. “We’re in the best shape we’ve ever been,” he said.

Seeking to shore up the morale of his staff amid growing private concerns that he is running out of time to make up lost ground, Trump blasted his government's own scientific experts as too negative, even as his handling of the pandemic that has killed nearly 220,000 Americans remains a central issue to voters.

“People are tired of hearing Fauci and all these idiots," Trump said of the government's top infectious disease expert. “Every time he goes on television, there’s always a bomb. But there’s a bigger bomb if you fire him. But Fauci’s a disaster."

At a rally in Prescott, Arizona, Trump assailed Biden for pledging to heed the advice of scientific experts, saying dismissively that his rival “wants to listen to Dr. Fauci."

During his first campaign rally since testing positive for COVID-19, President Donald Trump claimed he was now immune to the virus. “The nice part, I went through it. Now they say I’m immune,” he told supporters in Orlando, Fla. “I feel so powerful. I’ll walk into that audience. I’ll walk in there. I’ll kiss everyone in that audience.”

The doctor is both respected and popular, and Trump's rejection of scientific advice on the pandemic has already drawn bipartisan condemnation.

At his rally, Trump also ramped up his attacks on the news media, singling out NBC's Kristen Welker, the moderator of the next presidential debate, as well as CNN for aggressively covering a pandemic that is now infecting tens of thousands of Americans every day.

Fauci, in an interview with CBS's “60 Minutes” that aired Sunday, said he was not surprised that Trump contracted the virus after he held a series of large events with few face coverings.

“I was worried that he was going to get sick when I saw him in a completely precarious situation of crowded, no separation between people, and almost nobody wearing a mask,” Fauci said of the president.

Dr. Anthony Fauci says people are going to have to make a choice "where they fit in the risk-benefit ratio" as they decide how to celebrate Thanksgiving this year amid the coronavirus pandemic.

As Trump turned his flouting of scientific advice into a campaign applause line, Tennessee GOP Sen. Lamar Alexander said that, if more Americans had heeded Fauci's advice, "we’d have fewer cases of COVID-19, and it would be safer to go back to school and back to work and out to eat.”

Biden was off the campaign trail Monday, but his campaign praised Fauci and criticized Trump for “reckless and negligent leadership” that "threatens to put more lives at risk.”

Monday's professed confidence in victory stood in contrast to some of Trump's other public comments in recent days reflecting on the prospect that he could lose.

With the number of infections once again climbing at a rapid rate, infectious disease experts warn the "darkest days" of the pandemic may still be ahead.

“Could you imagine if I lose my whole life? What am I going to do?" he asked a rally crowd last week in Macon, Georgia. "I’m not going to feel so good. Maybe I’ll have to leave the country. I don’t know.”

Biden, meanwhile, was in Delaware for several days of preparation ahead of Thursday's final presidential debate. His running mate, California Sen. Kamala Harris, returned to the campaign trail after several days in Washington after a close adviser tested positive for the coronavirus.

Late Monday, the nonpartisan Commission on Presidential Debates announced that Trump and Biden will each have his microphone cut off in Thursday’s debate while his rival delivers his opening two-minute answer to each of the six debate topics.

The rule changes come three weeks after a chaotic opening faceoff between the two presidential contenders that featured frequent interruptions — most often by Trump. The open discussion portion of the debate will not feature a mute button, but interruptions by either candidate will count toward their time.

PolitiFact Managing Editor Katie Sanders breaks down the remarks made at last night’s town hall events, including President Trump’s claim that 85% of people who wear masks catch the coronavirus, which Sanders says is entirely false.

The commission has faced pressure from the Trump campaign to avoid changing the rules, while Biden’s team was hoping for a more ordered debate. In a statement, the commission said it “had determined that it is appropriate to adopt measures intended to promote adherence to agreed upon rules and inappropriate to make changes to those rules.”

Trump's campaign said he would participate in the debate despite his concerns about the new rule.

In addition to public polling that indicates Biden has an edge, the former vice president enjoys another considerable advantage: money.

With 28.1 million votes already cast, nearly five times the number of people have voted so far in the 2020 election than at this time in 2016. NBCLX storyteller Chase Cain explains what this surge in early voting means for the presidential race.

Over the past four months, Biden has raised over $1 billion, a massive amount of money that has significantly eclipsed Trump's once-overwhelming cash advantage.

That's become apparent in advertising, where Biden and his Democratic allies are on pace to spend twice as much as Trump and the Republicans in the closing days of the race, according to data from the ad tracking firm Kantar/CMAG.

“We have more than sufficient air cover, almost three times as much as 2016," said Trump campaign manager Bill Stepien, who insisted Trump has the advantage with the campaign's field staff and data targeting.

Though Trump has pulled back from advertising in Midwestern states that secured his 2016 win, he's invested heavily elsewhere, including North Carolina, where he is on pace to slightly outspend Biden.

A new draft report by the Justice Department inspector general reveals that top officials in the Trump administration were a driving force behind the separation of thousands of migrant families at the U.S. border with Mexico. The CEO of Lutheran Immigration and Refugee Service, Krish O'Mara Vignarajah, breaks down what this new report tells us about the motives behind this policy.

Concerns about a possible loss to Biden that have been spilling into the open in recent days have been percolating behind the scenes at the Trump campaign. Trump himself has alternated between disbelief and anger at the idea that he could lose to a candidate whom he views as washed up and incompetent, according to three campaign and White House officials not authorized to speak publicly about private conversations.

Trump has directed anger at press coverage but also has vented about his chief of staff, Mark Meadows, whom he blames for mishandling his hospitalization for the virus and COVID relief talks.

He has asked some of his closest advisers if a campaign shakeup was needed, according to the officials. The president was encouraged to hold off on any moves so close to Election Day. 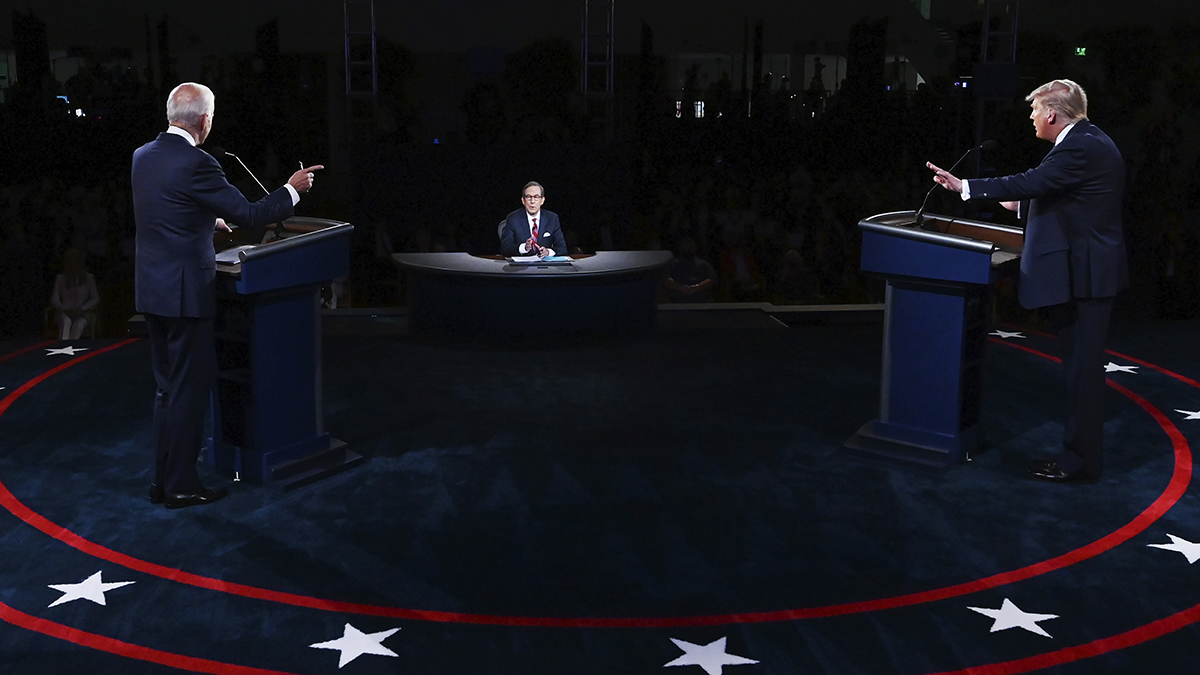 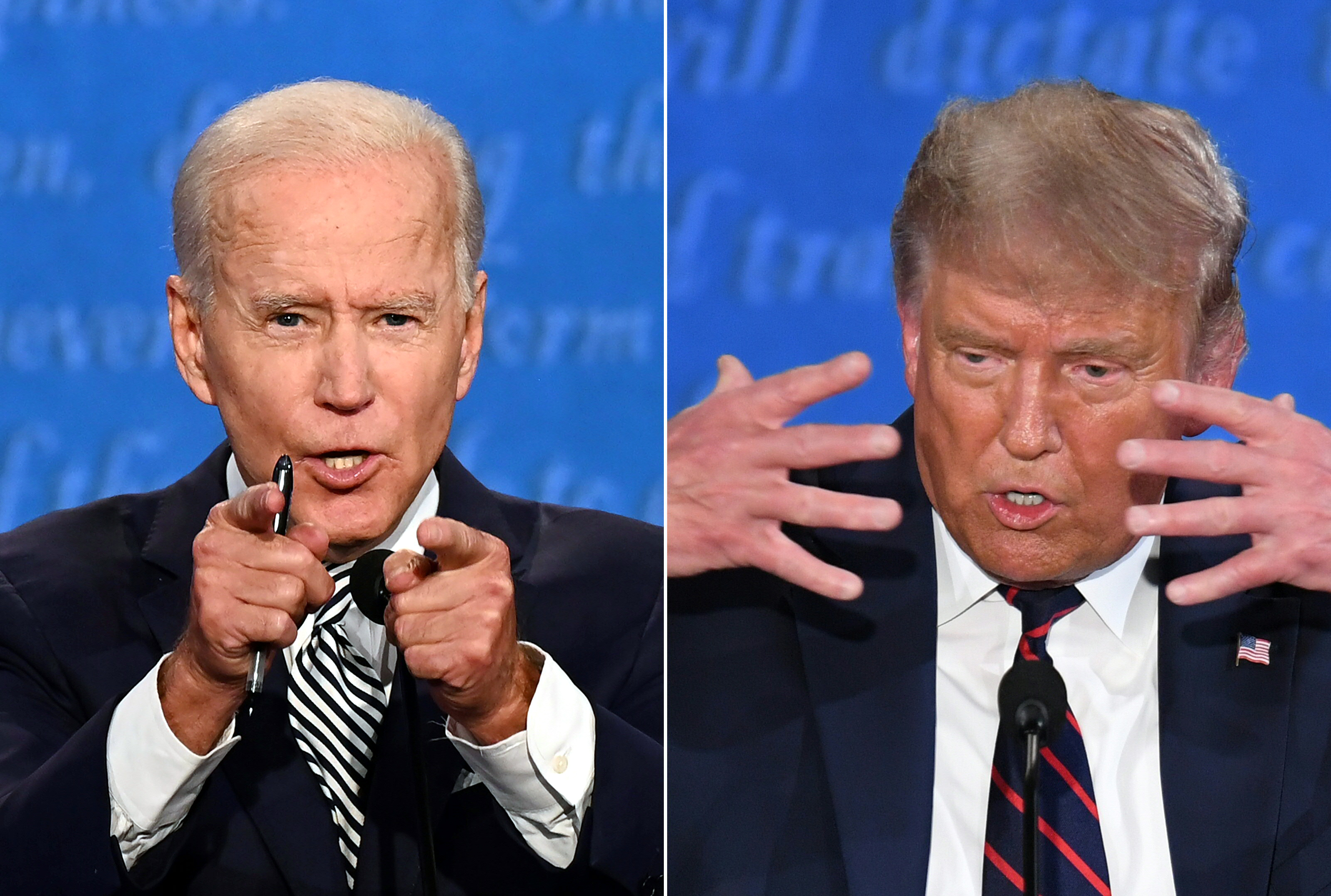 Meanwhile, aides have started privately wondering whether or not Trump's campaign rallies, which have helped define American politics for the last five years, were in their final days.

In recent weeks, meanwhile, some White House staff offices have also tried to rotate in aides who have never flown on Air Force One or have done so infrequently so they can do so before Election Day.

Miller reported from Washington. Associated Press writers Will Weissert in Wilmington, Delaware, Jonathan Lemire in New York and Brian Slodysko in Washington contributed to this report.