In a statement, Abbott said, 'the COVID-19 vaccine is safe, effective, and our best defense against the virus'

Texas Gov. Greg Abbott issued an executive order Monday to prohibit any entity, including private business, from enforcing a COVID-19 vaccine mandate on workers and called on state lawmakers to pass a similar ban into law.

The move comes as the Biden administration is set to issue rules requiring employers with more than 100 workers to be vaccinated or test weekly for the coronavirus. Several major companies, including Fort Worth-based American Airlines and Dallas-based Southwest Airlines, have said they would abide by the federal mandate.

Texas Gov. Greg Abbott issued an executive order Monday to prohibit any entity, including private business, from enforcing a COVID-19 vaccine mandate on workers and called on state lawmakers to pass a similar ban into law.

American Airlines said in a statement, "we are reviewing the executive order issued by Gov. Abbott, but we believe the federal vaccine mandate supersedes any conflicting state laws, and this does not change anything for American." 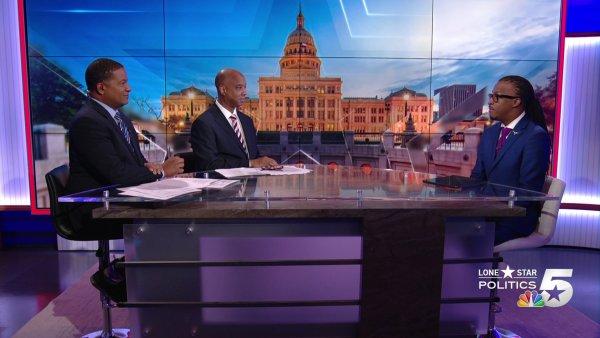 “We have what is called federal pre-emption," Dallas attorney Eric Cedillo said. "The federal government pre-empts what state law can make happen."

"No entity in Texas can compel receipt of a COVID-19 vaccine by any individual, including an employee or a consumer, who objects to such vaccination for any reason of personal conscience, based on a religious belief, or for medical reasons, including prior recovery from COVID-19," Abbott wrote in his order.

Abbott, who was previously vaccinated and also later tested positive for COVID-19, noted in his order that "vaccines are strongly encouraged for those eligible to receive one, but must always be voluntary for Texans."

If the legislature is to take action, it must do so quickly because the third special session ends next week.

Lt. Governor Dan Patrick (R) tweeted he has been public about getting vaccinated, but said it should be a personal choice.

Montana has passed a law preventing employers from mandating workers get vaccines, and a number of states have explicitly said schools cannot require vaccinations.

Abbott previously barred vaccine mandates by state and local government agencies, but until now had let private companies make their own rules for their workers. It was not immediately clear if Abbott's latest executive order would face a quick court challenge.

Some people would rather quit their jobs than get a COVID-19 vaccine, and make arguments about freedom or choice when declining a shot. But we have had mandatory vaccinations in schools and different industries for decades that did not generate significant protest, says Dr. Alok Patel. "Where were all of these people over the last 20 years?" he asks.

"He knows which the way the wind is blowing. He knows conservative Republican voters are tired of the vaccine mandates and tired of him being a failed leader," Huffines tweeted.

West announced this week he tested positive for COVID-19 and has been hospitalized, but also tweeted he remains opposed to vaccine mandates.

“It is not good law. It won't stand, but it helps him to re-establish his credentials with the republican primary electorate,” SMU political science professor Cal Jillson said.

White House Press Secretary Jenn Psaki said the decision was political and the federal government would continue to work to get people vaccinated.

"Bottom line is we are going to continue to implement the law, which the president of the United States has the ability, the authority, the legal authority to do," she said.

“Governor Abbott has talked to countless Texans who are worried about losing their jobs because of this federal overreach. The Biden Administration has left Texans in the impossible position of having to choose between providing for their families or being fired for not getting the COVID vaccine because of their religious belief, medical condition, or personal conscience. And they have left employers with the unfair choice of either violating federal regulations or losing their valued employees. The Governor’s executive order will help protect Texans from having to make that choice.”

Texas has seen a recent decrease in new COVID-19 cases and hospitalizations. But a rising death toll from the recent surge caused by the delta variant has the state rapidly approaching 67,000 total fatalities since the pandemic began in 2020.