Dozens of people across the U.S. have taken sanctuary as a last resort to stay in the country

For over three years, Maria Macario has been too afraid to leave the white steepled First Parish church just outside Boston.

The 55-year-old Guatemala native moved in to avoid deportation, living in a converted Sunday school classroom with a kitchenette.

Her isolation has only been compounded by the coronavirus pandemic. Gone are the regular church gatherings and volunteers stationed around the clock in case immigration officials come. To keep her spirits up, singers gather outside to serenade her.

She hopes things change with Joe Biden in the White House. He set out to pause most deportations for 100 days and pitched a path to citizenship for an estimated 11 million people without legal status — an ambitious and dramatic reversal from former President Donald Trump's hardline immigration policies.

“It’s a relief,” Macario said. “It feels like a huge weight has been lifted off my shoulders.”

She's among dozens of people from Colorado to North Carolina who have taken sanctuary as a last resort to stay in the country. Their actions have been extreme, particularly those who have declared their whereabouts. Many immigrants without legal status, who were increasingly fearful and anxious during the Trump years, upended their daily routines to evade detection, including avoiding driving.

Newly hopeful, they're trying to capitalize on the moment, even with setbacks like a ruling blocking the Biden administration from enforcing its deportation moratorium and uncertainty over whether Congress will tackle immigration reform.

Those who have taken sanctuary have enlisted lawmakers to ask Biden for relief, pushing to cancel deportation orders and reviving the use of private bills — measures to protect a person or group. Sanctuary activists also have sued the federal government. 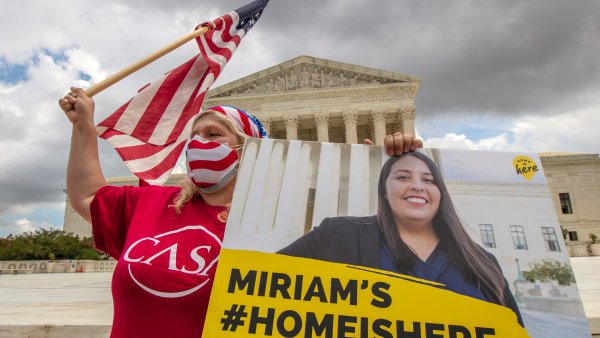 ‘I Feel Like My Future Is More Secure': Undocumented Immigrants Cautiously Hopeful for Path to Citizenship Under Biden

“These past four years have been a collective holding of our breath and just waiting for the next horrible thing to happen,” said Myrna Orozco-Gallos with Church World Service, a cooperative ministry that helps prepare churches to house immigrants.

The organization estimates at least 38 immigrants are taking sanctuary. At one point under Trump, the group estimated there were more than 70.

The modern sanctuary movement began in the 1980s as Central Americans fleeing war and poverty came to the U.S. and churches stepped in to offer protection. It was revived in 2006 when Elvira Arellano, a Mexican immigrant, moved into a Chicago church, where her portrait still hangs near the altar.

It was long an unwritten rule that churches, playgrounds and schools were off-limits to immigration agents. The Obama administration put it to paper in 2011, largely prohibiting arrests and searches there.

The Trump administration was more hardline, taking an Indonesian immigrant into custody on church grounds last year. The administration also fined several people taking sanctuary up to $500,000, citing violations for failing to depart the U.S.

Emboldened by Trump's departure, four sanctuary activists in Texas, Ohio, Utah and Virginia sued the Department of Homeland Security over the fines, alleging they were “selectively targeted” because of their activism. The fines were reduced to about $60,000 each, but the women say they can't pay.

Several others in sanctuary appeared with Democratic U.S. Rep. Joaquin Castro of Texas at a recent event urging Biden to lift their deportation orders and bolster the use of private bills, a last-ditch effort for legal status.

Alex Garcia, a native of Honduras who's lived at a suburban St. Louis church for over three years, was one of the few with a private bill before it died in the last Congress. Growing up in violence and poverty, he crossed illegally before being detained in 2015 while accompanying his sister to an immigration office so she could seek asylum.

“We all need protection to be able to stay here with our families without the threat of deportation," Garcia said.

After spending more than three years in sanctuary at a storefront Chicago church, the Mexican mother of five U.S. citizen children packed up and left for her family’s suburban home the next day.

Lino was there just three nights when a judge temporarily blocked the moratorium. She cried. She had already missed the birth of her grandson, graduations and her son’s surgery while living above Adalberto Memorial United Methodist Church.

She went back into sanctuary.

“My kids deserve their mom in the house,” Lino said in Spanish. “I’m not a criminal. I didn’t do anything wrong. I just want to find a better life for my family.” 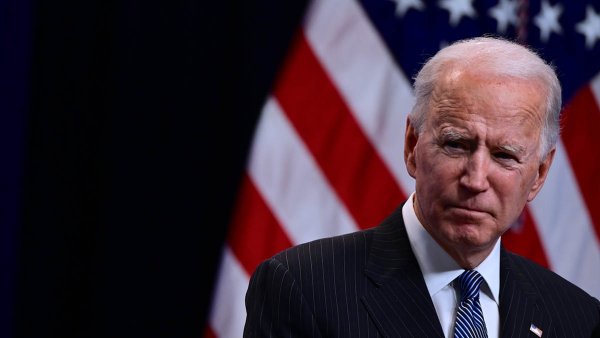 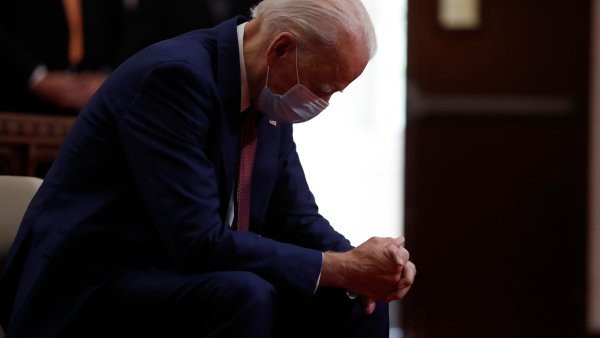 While the ruling was a setback for her and others, Biden has ordered a review of deportation criteria and told authorities in the meantime to focus on people with serious criminal records or who are national security or public safety threats.

So people in sanctuary are biding their time.

At First Parish outside Boston, Macario takes English lessons from church volunteers on Zoom nearly every morning. She's started to learn the piano and has become a proficient knitter. Beside her armchair is a large bag filled with winter hats and other accessories she's made for charity.

“It’s hard," said Macario, who crossed the border illegally in the 1990s with a wave of migrants during Guatemala’s yearslong civil war. “It’s different than a jail, but in some ways, it’s also very similar.”

She often wonders whether she failed her three U.S.-born sons by going into hiding.

Her youngest, Saul, says he doesn’t resent her choice. The 19-year-old dropped out of high school during the family’s upheaval, which included the deportation of his father and oldest brother after their family's asylum case was denied.

He moved into the church during the pandemic to keep his mother company and get his life back on track. He's since earned his GED and found a job at Whole Foods.

Maria Macario hopes her family will be reunited — including her deported husband and son. Her lawyer has filed paperwork to have her asylum case reopened.

But she says she knows better than to put too much hope in a new president. After all, her family was ordered to leave when Biden was vice president.

“My lawyer says I could leave the church today, but I just don’t trust things,” Macario said. “It feels too fresh. I don’t want to take the risk.”