The latest news on the 2020 presidential election
impeachment

Steve Sovern had low expectations for a recent event he hosted to support Elizabeth Warren's presidential campaign. Iowans are legendary for expecting to meet White House hopefuls in person — multiple times — and the candidate wasn't going to be there, represented instead by California Rep. Katie Porter.

"Surrogates are usually not much of a draw," Sovern said.

But 45 people crammed into Sovern's Cedar Rapids condo, and Porter, an Iowa native, made such a strong case for Warren that several undecided voters left the event saying they planned to caucus for the Democratic senator from Massachusetts.

Porter is one of dozens of surrogates who have deployed across the early voting states in recent weeks to expand the footprint of White House hopefuls before the Iowa caucuses usher in the Democratic contest in less than two weeks. They'll become even more important this week as four senators running for president will be stuck in Washington to serve as jurors for President Donald Trump's impeachment trial. 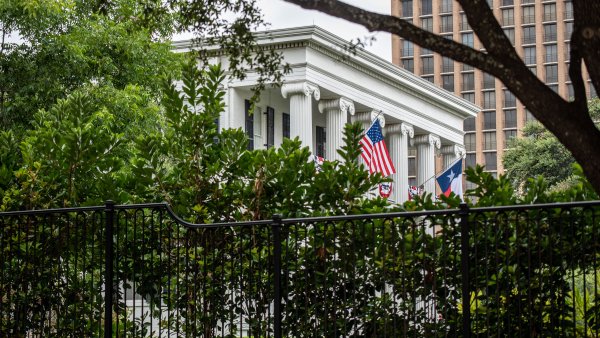 Progressive star Alexandria Ocasio-Cortez, a Democratic congresswoman from New York, will appear in Iowa this weekend on behalf of Sen. Bernie Sanders. "Queer Eye" host Jonathan Van Ness will also be in Iowa stumping for Warren in addition to Philadelphia Mayor Jim Kenney and Rep. Joe Kennedy III, who will be in New Hampshire.

And more than a dozen supporters of Minnesota Sen. Amy Klobuchar, for instance, will hold a news conference on Tuesday on the steps of the New Hampshire state capitol.

Facing the unprecedented situation of being sidelined from campaigning in the critical final stretch before voting, these proxies can help fill in the gap.

"Surrogates generally stump for the candidate when they can’t be in two places at once, or go out on their own to drum up grassroots energy," said Jennifer Rosenbaum, who was deputy national surrogate director for Barack Obama’s 2012 campaign.

But the stand-ins fill other needs as well.

For some candidates, surrogates help keep their hands clean of controversy by acting as an attack dog. Former Housing Secretary Julián Castro quickly endorsed Warren after he withdrew from the race. He called out her rivals by name during a recent campaign swing through Iowa, saying neither Sanders nor Joe Biden are as widely acceptable to Democrats. Warren herself rarely mentions her opponents on the stump unless she's prompted by a voter or reporter.

As Biden fended off attacks this month from Sanders about his 2002 vote authorizing the Iraq War, John Kerry was on hand in Iowa. Kerry served two purposes, vouching for Biden's foreign policy knowledge as a former secretary of state and appealing to Iowans as someone who won the 2004 Democratic caucuses.

Surrogates also offer reassurance to voters that the candidate understands and will pay attention to local issues. While every candidate has picked up a handful of endorsements from local Iowa elected officials and state lawmakers, Biden has some of the biggest Iowa names on his team: former Gov. Tom Vilsack and his wife, Christie; Attorney General Tom Miller; and Rep. Abby Finkenauer. All have appeared on the trail with him in recent weeks.

The impeachment of President Donald Trump is officially underway in the Senate. Chief Justice John Roberts swore in senators Thursday after House impeachment managers read the charges of obstruction of Congress and abuse of office aloud. NBC's Alice Barr reports.

Pete Buttigieg, the former mayor of South Bend, Indiana, picked up the endorsement of retiring Rep. Dave Loebsack, who will introduce him across Iowa this week.

"An Iowa endorsement gives you some credibility there," said Howard Dean, the former Vermont governor who came in third in the 2004 Iowa caucuses.

Surrogates can also offer personal testimony of a candidate's best qualities and why he or she is qualified to be president.

Jill Biden, Joe Biden’s wife, is a constant fixture on the trail, with the campaign deploying her in recent weeks across Iowa to woo undecided voters. During an earlier visit to the state, she told the crowd about a woman who made sandwiches for her and her husband near their home in Delaware contributing to the campaign.

Jane O'Meara Sanders will campaign on behalf of her husband next weekend in Nevada while he is likely stuck in Washington.

Klobuchar’s daughter was dispatched over the weekend to campaign for her mom in New Hampshire, and Klobuchar joked on the stump in Iowa that she hoped her daughter was wearing a coat in the cold. Warren has sent her husband, Bruce Mann, to stump for her in Iowa as well.

Both are likely to make appearances on behalf of the respective campaigns as the impeachment trial plays out.

Surrogates can also bring a dash of star power to the campaign trail to keep voters engaged. Sanders has some of the biggest names in music and movies on his team, and recently actor Danny Glover campaigned for him in South Carolina while the senator was in Iowa.

Andrew Yang, meanwhile, brought actor, comedian and rapper Donald Glover onto his team as a creative consultant, after the two hosted a pop-up shop in Los Angeles featuring merchandise Glover designed as a fundraiser for the campaign. Comedian and actor Dave Chappelle is also backing Yang and plans to hold two shows this month to benefit his campaign.

Celebrities don’t have to appear in person to boost their candidate. A video that soccer champion Megan Rapinoe tweeted of her phone call with Warren received 1.8 million views. A conversation Sanders had with rapper Cardi B in a Detroit nail salon racked up 2.3 million views on Twitter.

High-wattage backers don't always help. Actress Susan Sarandon has been a high-profile surrogate for Sanders since his 2016 campaign and has drawn headlines for her outspoken critiques of the Democratic Party and occasional off-color comments. During an event for Sanders in New Hampshire earlier this month, she sparked controversy when she said that "without unions ... we’d be right back to slavery, probably, with no ability to negotiate, with no standards of safety."

And campaigns sometimes have to make sure that the surrogate isn't a bigger draw than the candidate. Actress and singer Mandy Moore recently introduced Buttigieg at a rally at Iowa State University, telling the crowd that he’s "such an original" that she doesn’t "think Hollywood even knows what to do with him."

Dana Cady, a 19-year-old sophomore at Principia College in Illinois who flew out to Iowa to see Buttigieg speak with a group of her classmates, said they all had to look up Moore when they saw she was appearing with the candidate. Cady knew Moore from "Tangled," the Disney movie where the actress voices the protagonist — but she was more dazzled by the politician than the celebrity.

"I personally really like Pete. I did not need Mandy Moore to win me over," she said.