‘He Was Everything, For Everyone': Chewbacca Fan-Turned-Vista Fire Capt. Reflects on Peter Mayhew

A Vista, California, Fire Department captain and lifelong “Star Wars” fan who famously dresses up as Chewbacca on his days off was hit hard by the death of actor Peter Mayhew, a man he said “was everything, for everyone.”

"It's hard to put into words what Chewbacca meant to the ['Star Wars'] community,” Vista Fire Dept. Capt. Samuel Craig told NBC 7 earlier this week. “He was the passion; the teddy bear; the loyalty. He was everything, for everyone."

"When something bad happened on screen, you got the visceral reaction from him,” Craig added. “You got to see the raw passion and he really reflected what you saw.”

Mayhew, 74 – best known for his iconic role as Chewbacca in the “Star Wars” series – died April 30 at his home in Boyd, Texas. The 7-foot-2 actor was the man inside the Wookiee’s furry suit in five “Star Wars” films beginning with the original trilogy released from 1977 to 1983. 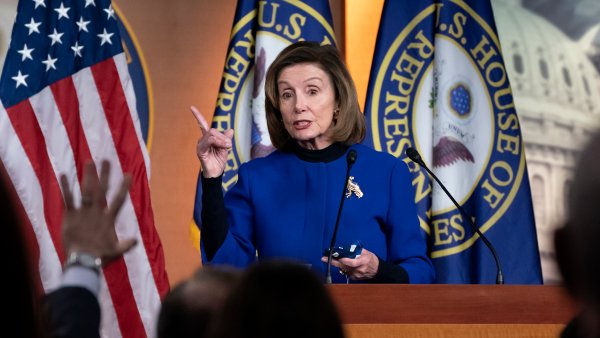 Mayhew put the Chewbacca suit on again in 2005 for “Revenge of the Sith,” and in 2018 for “The Force Awakens. The actor also voiced the character in cartoons and video games, and attended countless conventions, meeting fans at every turn.

One time, one of those fans was Craig.

Everywhere he goes at Comic-Con, a Vista Fire Department captain turns head with his huge Chewbacca costume and impersonations. NBC 7’s Steven Luke has more on the costume’s surprising origins.

For the fire captain, it was one of those moments in life that never leaves your heart.

Craig was wearing a life-size Chewbacca costume when he met his hero. Mayhew was impressed by the get-up and humbled to see the impact of his character on Craig’s life. They took a few photos together.

“He was so gracious,” Craig recounted. “It was a really great moment.”

Craig said he was raised on the magic of “Star Wars.” In fact, it was the very first movie he ever saw in a theater.

“My dad took me when I was young, on opening day, in 1977,” he said. “I still don’t know why he took someone that young to see the movie. Growing up, my entire life was about ‘Star Wars’ and Chewbacca was just always a favorite. He stands out; he was everything – he was the friend.”

Craig passed down his love of Chewbacca and “Star Wars” to his own son. He was able to take his son to the movies in 2015 to see “The Force Awakens.”

He also involved his son and wife in the making of his Chewbacca costume, which he has famously worn to San Diego Comic-Con International.

In 2015, the costume was a showstopper among Comic-Con fans who lined up to take pictures with Craig.

“Our whole family has a connection to the character,” he added.

The costume took the Craig family 18 months to make. His son was only 5 and 6 years old at the time of the crafty undertaking. Each strand of hair was painstakingly placed on the costume and colored to match Chewbacca’s appearance.

When Craig donned the costume at Comic-Con, he walked on 15-inch stilts, making him 7-foot-8 – pretty close to the height of the real Chewie.

"[My] Chewbacca costume is as close to screen-accurate as my family and I were able to make it," Craig explained.

Today, when he’s not wearing his fire captain uniform, Craig continues to suit up in his Chewbacca costume, wearing it to community and charity events around San Diego’s North County.

In fact, he was on the phone setting up his next gig as Chewbacca earlier this week – for May the 4th, of course – when he heard news of Mayhew’s death.

His son, knowing Craig’s love for Chewbacca, was worried about his dad’s feelings.

Although Mayhew is gone, Craig finds solace in the fact that the actor’s legacy and all that Chewbacca stands for will never fade.

All fans need to do is turn on a “Star Wars” movie to feel the powers of Chewie.

“Peter Mayhew was this wonderful man, and that really comes out in the character of Chewbacca. If you watch the performances carefully, you can occasionally see when it’s a stunt person in the costume. Peter Mayhew’s personality really came out,” Craig explained. “That could’ve so easily been a character in a furry costume. So many of the mannerisms – so much of the heart – he really created a character where I don’t really even know if it was meant to be.”

“That’s what made it an endearing character,” he added. “It wasn’t the costume, it was the man inside the costume. For me, he was loyalty. He was this friend who stuck with Han Solo through everything. He really showed the best of what that world could be, which really had a lot to do with the actor that was inside that costume.”

Craig is far from alone in his love for Mayhew. The "Star Wars" universe is grieving.

Earlier this week, “Star Wars” cast members and devoted fans of the franchise mourned the loss of the gentle giant, and the joy his footprint left on their lives forever.