US Angling to Secure More of Pfizer's Coronavirus Vaccine

Meanwhile, the FDA said late Wednesday that some Pfizer vaccine vials may contain more than the standard five doses

U.S. officials say they’re actively negotiating for additional purchases of Pfizer’s coronavirus vaccine after passing up a chance to lock in a contract this summer since it was still unclear how well the shots would work.

There was no immediate comment from the company, whose CEO Albert Bourla told CNN this week it is “working very collaboratively” with the government to deliver additional vaccine through the federal Operation Warp Speed. That's a White House-backed, taxpayer-funded effort to quickly develop coronavirus vaccines and treatments.

The Trump administration has come under scathing criticism from congressional Democrats after news leaked out last week about the foregone vaccine opportunity.

“We are concerned the failure to secure an adequate supply of vaccines will needlessly prolong the COVID-19 pandemic in this country, causing further loss of life and economic devastation,” a group of senators led by Patty Murray of Washington and Ron Wyden of Oregon wrote HHS. “We fear this is yet another instance in which the Trump administration’s failure to develop a comprehensive national vaccines plan in a timely manner could jeopardize efforts to get people vaccinated and ultimately end this pandemic.”

Azar sought to rebut that concern Wednesday, saying that pending contracts with a number of manufacturers will ensure enough vaccine for all Americans by around the middle of next year. A second vaccine from Moderna appears headed for Food and Drug Administration approval within days, and more vaccine candidates are advancing through clinical trials.

But the one from Pfizer and German pharmaceutical BioNTech was first into the arms of Americans, raising hopes of taming a pandemic that has killed more than 300,000 people in the U.S. and hobbled much of the national economy. Health care workers and nursing home residents top the list as local TV stations across the country are broadcasting scenes of the first vaccinations. Some polls show skepticism about getting vaccinated may be easing.

After early failures with testing, Trump administration officials are hoping to write a very different ending with vaccines. Operation Warp Speed has financed the development, manufacture and distribution of millions of doses, with the goal of providing a free vaccine to any American who wants one.

Pfizer was not as closely involved with Operation Warp Speed as other manufacturers, preferring to retain control over its own development and manufacturing. But the government did enter into a contract to buy 100 million doses of the Pfizer-BioNTech vaccine, the first of which were shipped this week.

The United States began its rollout of the coronavirus vaccine on Monday. Hear from health leaders across the country as frontline workers began receiving their vaccinations.

At issue is the purchase of another 100 million doses for delivery as early as the middle of next year.

“We are engaged in active negotiations,” said Azar.

Slaoui, a world-renowned vaccine scientist who is helping lead the federal effort, said the goal all along was to have several promising vaccines in development, with taxpayers assuming the financial risk if any given vaccine failed to secure FDA approval.

“We built a portfolio of vaccines to ensure one of them at least would make it to the finish line,” he said.

In a historic moment, New York health care workers were among the first Americans to receive COVID-19 vaccinations.

Back in the summer, “it wouldn't make sense to preorder more from a manufacturer before we knew how a vaccine worked.”

Although initial signals were positive about the Pfizer-BioNTech vaccine, the full FDA review did not take place until earlier this month.

Slaoui and Azar also said that because of Operation Warp Speed's arm's length relationship with Pfizer, officials had less of a window into the company's manufacturing and any potential problems that might develop. 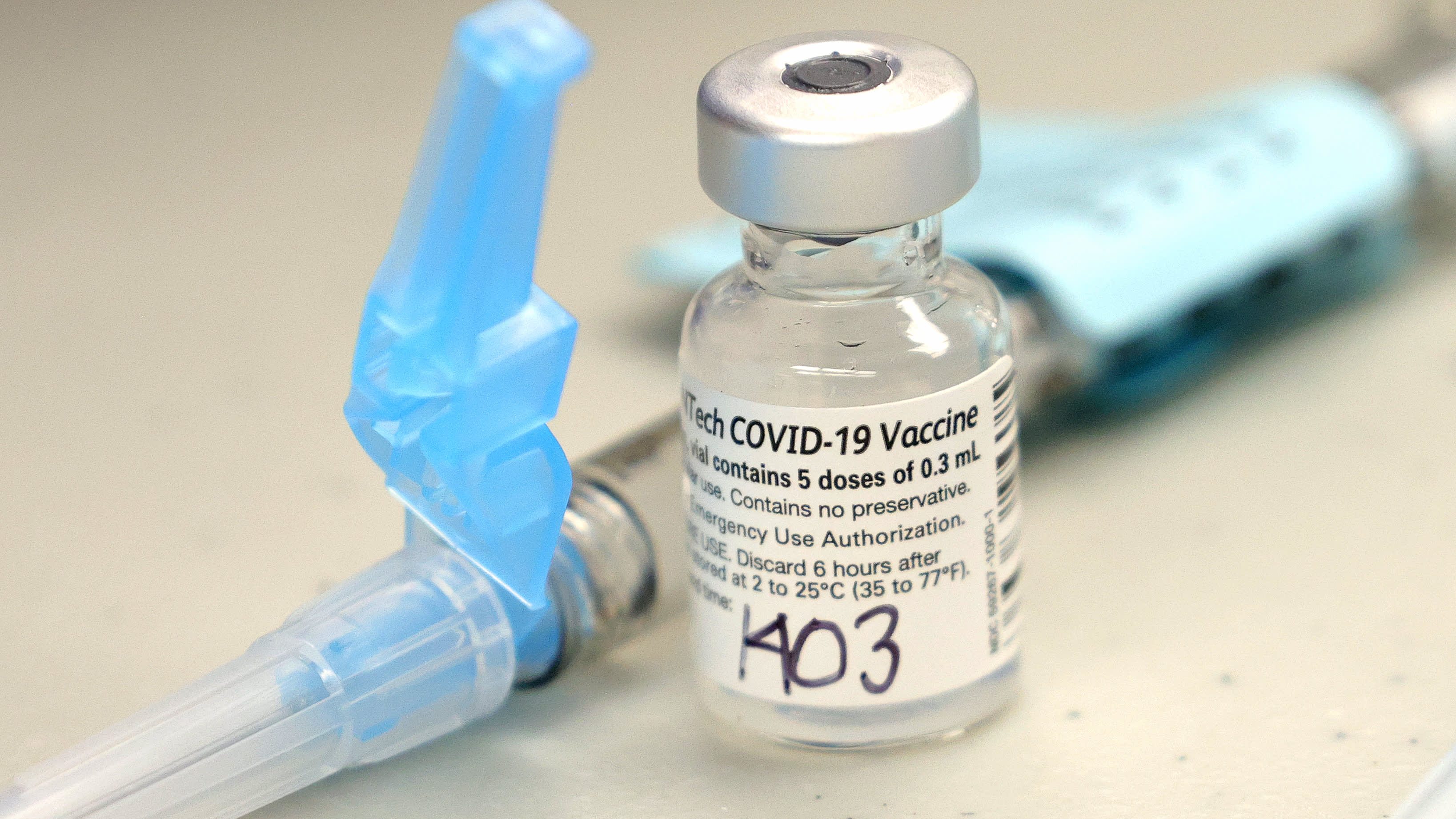 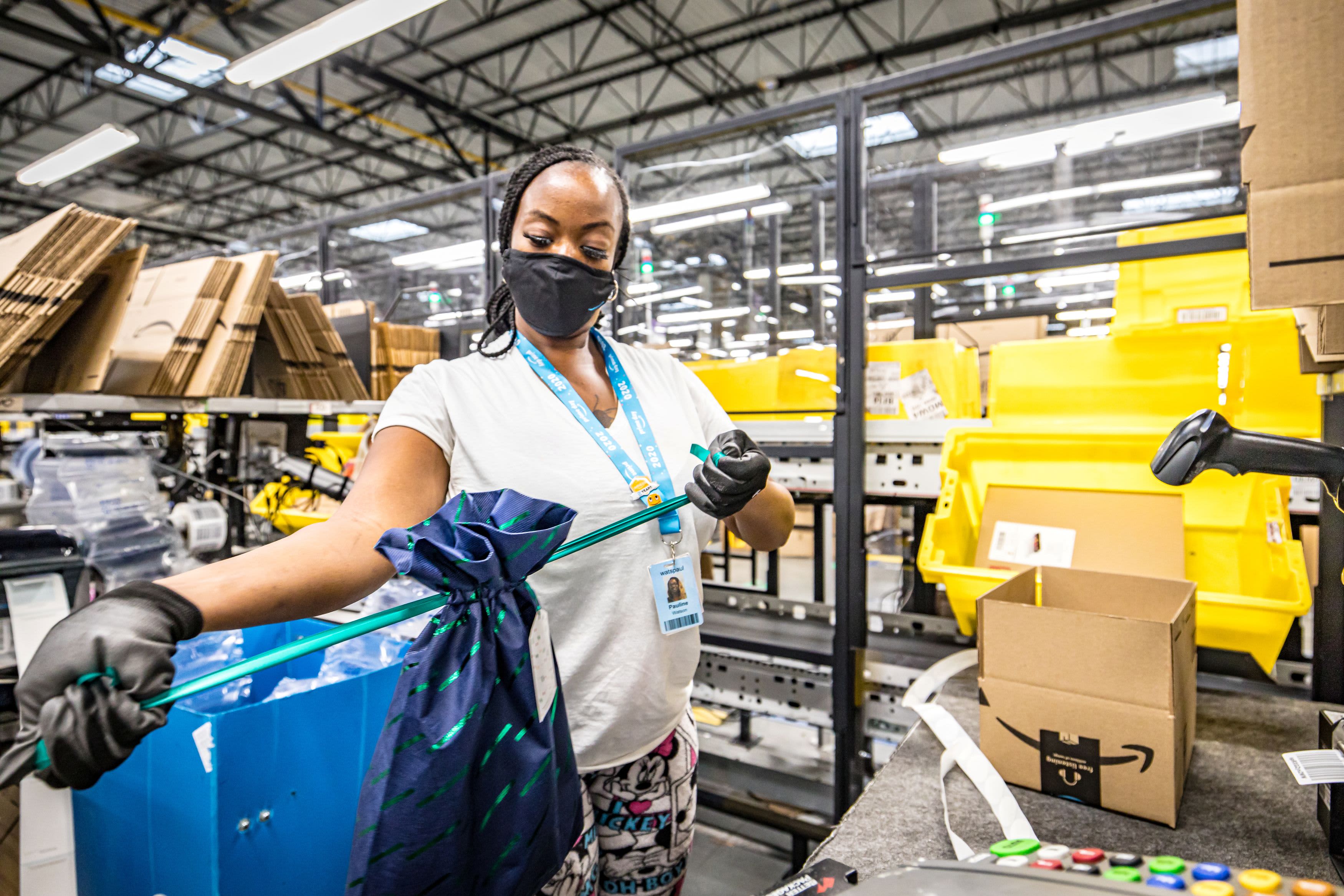 “We of course would welcome having another 100 million doses,” said Slaoui, adding that it's his expectation that negotiations with Pfizer will be successful.

With at least one other vaccine appearing headed for approval, they’re already talking about a surplus that could be sent out to the rest of the world.