Abuse Victims Say They Were Required to See Disgraced Doctor

Elsewhere, USA Gymnastics announced that every member of its board of directors has resigned

Another wave of victims confronted Larry Nassar on Wednesday, this time about sexual abuse at an elite Michigan gymnastics club where young athletes felt they had to use the disgraced doctor's services and could not question the adults who ran the facility.

The judge presiding over the case said the number of people who allege they were abused by Nassar has topped 265. That total includes 150-plus victims who offered statements at a different hearing last week, as well as scores of new ones expected to speak over the next few days.

Nassar faces another long prison sentence on top of the two he has already received. He was sentenced to 60 years on federal child-pornography charges and another 40 to 175 years on state charges that he abused women and girls while working for Michigan State University. Either one of those sentences effectively mean life in prison for the 54-year-old.

"You are the most vile, disgusting creature I have ever met," said Katherine Ebert, who was a gymnast from 5 to 18 and started seeing Nassar at 15. "There are black holes in my memory that come back as nightmares or flashbacks, not wanting to believe they're true." 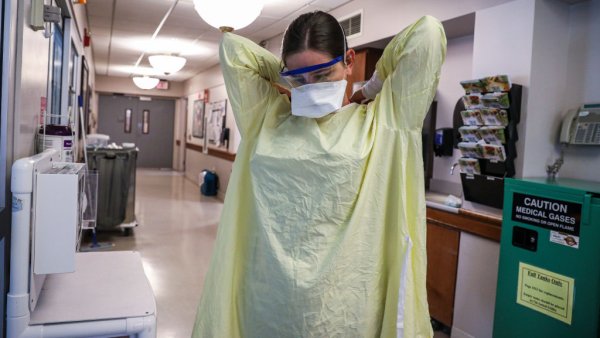 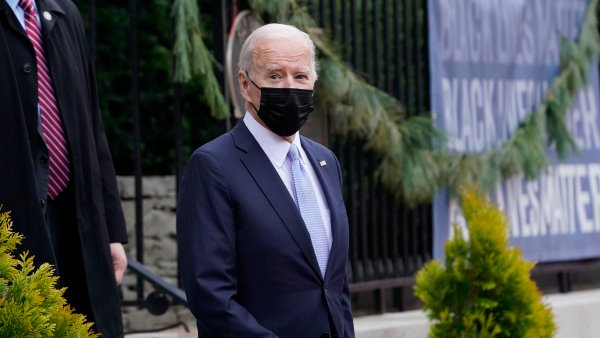 The Biden Administration 10 hours ago

Nassar, once the doctor for the national gymnastics team, sat at a table with his lawyers as nearly 30 accusers rebuked him. They discussed the psychological scars from his abuse — depression, anxiety, suicidal thoughts, trouble being around male teachers and other men and fractured relationships with family.

"You took advantage of my innocence and trust," 17-year-old Jessica Thomashow said. "You were my doctor. Why? I ask myself that question all the time. What you did to me was twisted. You manipulated me and my entire family. How dare you."

Judge Janice Cunningham has set aside several days for more than 60 victims who want to confront Nassar or have their statement read in the courtroom in Charlotte, a city outside Lansing.

The case on Cunningham's docket in Eaton County centers on Nassar's assaults at Twistars, a Lansing-area gymnastics club that was run by 2012 Olympic coach John Geddert. Nassar admits penetrating three girls with his hands when he was supposed to be treating them for injuries.

Victims said they were instructed to see Nassar instead of their family doctors. Many of them concluded that it was mandatory.

Bailey Lorencen recalled that Nassar came to Twistars on Monday nights to provide free treatment. After an especially bad fall from a high bar, she broke her neck in four places and narrowly escaped being paralyzed. Nassar consoled her.

"I felt like Larry was my hero," she said in a statement read by an assistant attorney general.

That kind of trust allowed the doctor to do as he pleased with the young patients.

"It is a clear that in an environment like Twistars, a monster like Nassar should thrive. He just had to be the nice guy so that all these little girls would look at him as a savior and that safe place at the gym."

Annie Labrie, who said she spent 25 hours a week at Twistars as an adolescent, said athletes "were conditioned for years to obey at all costs."

She said gymnasts, dancers and figure skaters were pressured to be "pure, innocent, perfect" while simultaneously being sexualized at an age where they did not understand the concept.

She cited pressure to engage in unhealthy dieting, crude comments about their bodies and "creepy men towering over us."

"Our bodies did not belong to us. Our experiences, physical and emotional, were constantly invalidated. You learned early on not to question authority."

Geddert, who was suspended last week by USA Gymnastics, the sport's national governing body, and suddenly announced his retirement, insisted he had "zero knowledge" of Nassar's crimes. In response to lawsuits, his lawyer filed court papers saying Geddert was "just one person in an extremely long line of people who were fooled by Nassar."

The hearing was scheduled to resume Friday, with proceedings likely extending into next week.

A nearby police department admitted that it missed an opportunity to pursue charges against Nassar in 2004.

After a 17-year-old girl complained that Nassar removed her underwear and touched her genitals and breast, Meridian Township police began investigating. But officers dropped the case after Nassar explained that he was performing a legitimate technique known as a ligament release. Nassar even provided a PowerPoint presentation.

"We missed it. We're not going to hide it," Walsh said.

Engler, a Republican who was governor from 1991 through 2002, said he would strive to lead the school without regard to politics.

"I think we start from the standpoint: How do we change things?" he said. "That starts today."

Elsewhere, USA Gymnastics announced that every member of its board of directors has resigned. The resignations come less than a week after the U.S. Olympic Committee urged the board to step down over the widening Nassar allegations. The organization plans to appoint an interim board in February.