"We hope to have a healthy cub in the coming days!" the zoo says

Major baby news ahead! The National Zoo announced that vets spotted a fetus "kicking" and "swimming" in amniotic fluid during an ultrasound performed on their female giant panda, Mei Xiang, Monday morning. The little one's spine and blood flow were also clearly visible, the zoo said.

"We hope to have a healthy cub in the coming days!" the zoo said.

On social media, the zoo shared a short video clip of the baby wiggling on the ultrasound.

The big news comes just three days after the zoo announced vets had detected a possible panda fetus on an ultrasound of Mei Xiang.

On Friday, the zoo said vets had first detected fetal tissue the previous week and had since seen developing skeletal structure and strong blood flow in Mei Xiang's uterus. However, there was still "a substantial possibility" that Mei could reabsorb the fetus or have a miscarriage, the zoo cautioned. 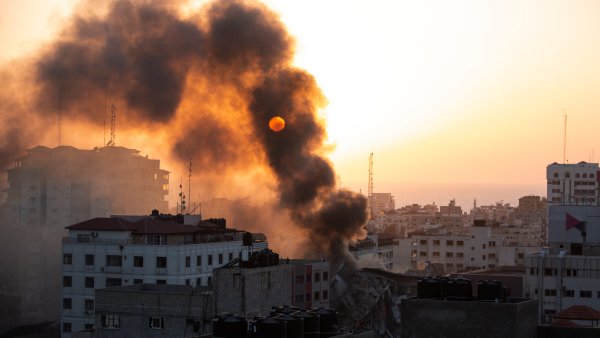 Mei Xiang has previously given birth to three surviving cubs: Tai Shan in July 2005, Bao Bao in August 2013 and Bei Bei in August 2015. All three now live in China, per an agreement between China and the U.S.

But there's been heartbreak along the way as well. In 2012, ending a seven-year gap in births, Mei finally had another cub, but it lived just a week. The following year, Bao Bao arrived, but with a stillborn twin. And Bei Bei was also born with a twin, but his brother lived only four days.

Back in March, Mei was once again artificially inseminated with semen from the zoo's resident male giant panda, Tian Tian. Although it's been months since then, pandas experience what's known as delayed implantation. When fertilization occurs, an embryo doesn't attach to the uterine wall until weeks or months later.

As the zoo says: Keep your paws crossed.