The officials who manage the Texas power grid say it will have enough electricity to avoid rolling black outs this summer.

From a secured control center in the Central Texas town of Taylor, the Electric Reliability Council of Texas balances demand with supply from electric providers.

On Wednesday, it was easy for controllers to keep their cool. 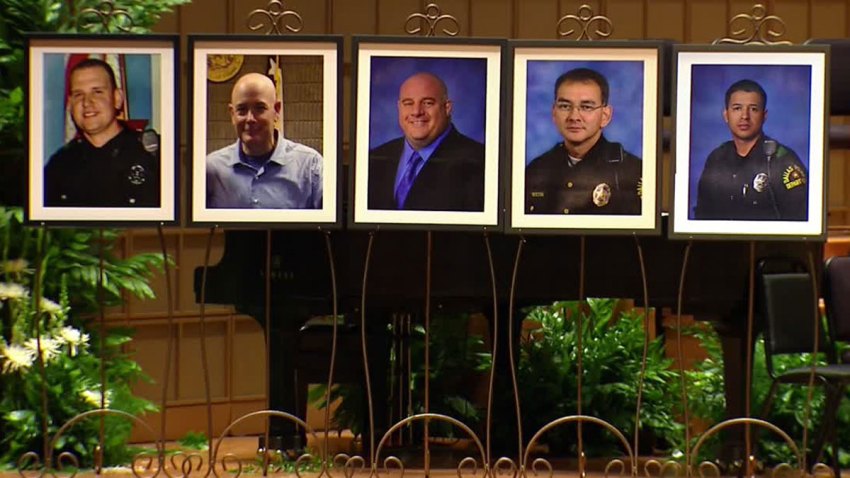 Lives Changed By Ambush on Dallas Police 4 Years Ago

"It's a little more complicated when the loads are high, air conditioning is all on during the heat of the summer and maybe we're a little short on generation," said Dan Woodfin, grid operations director.

"We're clearing that market based on how much load the consumers of Texas want to use at that point in time, with the cheapest generation bid in," Woodfin said.

Forecasters down the hall watch long-term trends for electric supply and demand.

They predict the current Texas peak generating capacity of 74,000 megawatts will be sufficient to meet even last summer’s peak demand of 68,379 megawatts -- which was set on Aug. 3 -- provided that no major power plants are out of service and that this summer’s heat is not as severe as last year.

"The message for this year is, we believe we have adequate resources going into the summer -- even for a hotter-than-normal summer -- so that on the peak days, there may be calls for conservation, but there will not be a need to resort to rolling outages to maintain the reliability of the system," said Warren Lasher, ERCOT system planning director.

"If we do have a repeat of last summer, on the very hottest days of the summer, there may be a need for rotating outages, but we don't think that's likely at this time, given the weather forecasts that we're seeing and the availability of resources that we have for this summer and for next summer as well," Lasher said.

After that, the picture is less clear, because Texas continues to add more electric customers while generating companies have been slow to expand capacity.

ERCOT forecasts show generating capacity could be much closer to peak demand in future years.

State leaders are considering new incentives to promote the construction of additional power plants so there is always a generating supply cushion.

"My thought is that it's not going to require significant changes, because I'm very optimistic about this market that we have," Lasher said.

The measures are already in place, but ERCOT wants to increase use of them.

"In a period of extremely tight supply, it is much quicker and much cheaper to implement, in most cases, than going out and building a coal plant or a combined type of gas or a nuclear -- especially a nuclear plant," said Paul Wattles, ERCOT market design analyst.

The grid operators say it would take a combination of less use and more juice to keep the Texas power going at all times in the future.