Gov. Greg Abbott's office said it had received over $397,000 in donations as of Tuesday

Gov. Greg Abbott (R) shared details Wednesday about how Texas will go about constructing a wall along the state's border and laid out part of a plan to increase arrests of people illegally entering the country.

"Today we are announcing that Texas will build a border wall in our state to help secure our border," Abbott said.

Abbott announced last week he intended for Texas to build a border wall but said more information would be announced this week.

Abbott added, "The border crisis we are dealing with right now is direct result of the open border policies that have been put in place by the Biden administration. Remember the border was far more under control under the Trump administration.”

Gov. Greg Abbott (R) shared details Wednesday about how Texas will go about constructing a wall along the state's border and laid out part of a plan to increase arrests of people illegally entering the country.

There is support of the wall in North Texas. Chairman of the Tarrant County Republican party says the wall is needed. 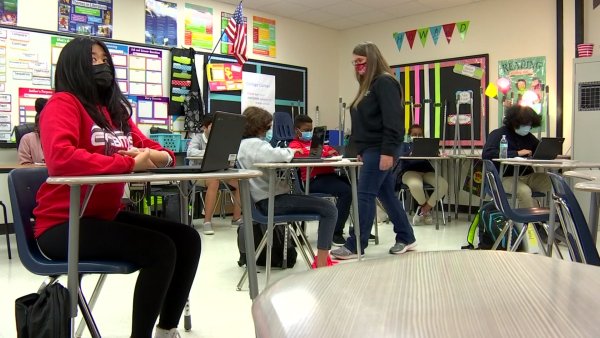 "We support immigration, but we support legal immigration," Tarrant County Republican Party Chairman Rick Barnes said. "When the process can become legal we'll be supportive of that as well.  But at the rate we are dealing with things right now it seems like a wall is the only answer and if that's the only answer we have to work with today we'll certainly support that process."

The governor, Patrick, Phelan and others also signed a letter that authorized the transfer of $250 million in general revenue to the disaster fund as a down payment for the design and construction of the wall.

The national president of the League of United Latin American Citizens is opposed saying they are prepared to fight it in court.

"I don't recall any money being budgeted for a wall," LULAC President Domingo Garcia said. "It might be for DPS troopers. It might be for security in terms of helicopters or boat craft.  But i think he'd be overstepping his boundaries and authorities if he just started building a wall."

"These are Texas taxpayer dollars that Texans should not have to be paying for because the federal government has a legal responsibility under the federal immigration laws to do it," the governor said. "But because they are not doing it, Texas taxpayers are having to step up so that we as a state can protect our citizens."

Abbott stopped short of providing an estimated length or cost for the wall, which he said would be dependent on factors including location and materials.

The process was jump-started Wednesday when Abbott signed a letter to the Texas Facilities Commission directing them to hire a project manager to oversee construction of the wall. The program manager would in turn hire contractors and subcontractors.

The program manager and contractors will identify land already owned by the state and land owned by local governments or private citizens who can "volunteer" that land for the wall, he said.

The combination of state and volunteer land is expected to yield "hundreds of miles" to build the wall, the governor said, and state agencies have begun talking to land holders about putting up fencing on their private land.

Abbott repeatedly criticized the Biden administration's handling of the situation at the border, and demanded President Joe Biden return any land taken by the federal government that is not currently being used to build the border wall.

"The federal government is spending seemingly all of its resources concerning the border on the people who are trying to enter the state of Texas," Abbott said. "I'm focused on the humanitarian crisis that Texans are suffering through."

In a podcast interview on a conservative talk show discussing politics called "Ruthless" Tuesday, Abbott said the state would solicit donations to help build the wall.

Abbott reiterated that Wednesday and said donations could be made on a website for the border wall or by sending a check in the mail.

He said donations would go to a fund that would be overseen by the state and governor's office.

"Great transparency, everyone will know every penny in, every penny out, and the sole purpose of the funds will be to build the border wall," he said.

Abbott had announced the state's intention to build its own border wall as part of a larger border security plan during an appearance in Del Rio at the Border Security Summit, which elicited strong reaction from critics and threats of legal action.

"This is a huge waste of taxpayer money, and very likely illegal," Domingo Garcia, president of the League of United Latin American Citizens, said in a statement. "Equally disturbing are his plans to arrest migrants at the border, even as they arrive seeking political asylum or refugees who are fleeing desperate conditions in their home countries. His proposed actions are inhumane."

Abbott on Wednesday also announced the Texas Department of Public Safety would assist in the arrest of people who enter the country illegally by charging them with the state offense of trespassing.

"There is going to be a lot more people put into jail," Abbott said.

To house more inmates, Abbott said more beds would be needed and the Texas Commission on Jail Standards was working with counties to secure more jail space.