Loven could face two to 20 years in prison

The jury has reached a decision in a sexual assault case involving a marriage counselor accused of abusing her position to exploit an emotionally dependent client.

Loven could face two to 20 years in prison for the conviction. The punishment phase of the trial will begin around 1 p.m. 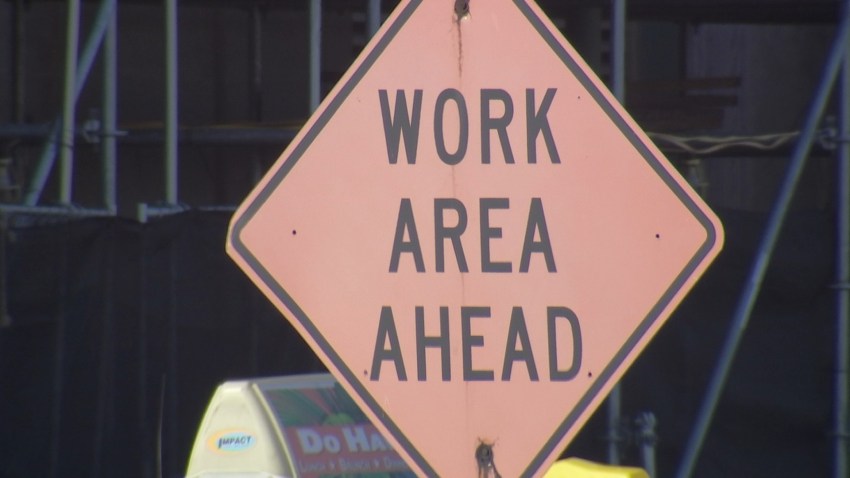 Loven was a licensed counselor at the time she counseled a couple to divorce and used her position to have sex with the husband.

Jurors received the case around 3 p.m. on Friday, but were sent home shortly after 5 p.m. They sent a note around 4 p.m. asking for the definitions of exploitation and emotional dependent, as well as coffee. Jurors returned to the courtroom Tuesday morning to finish deliberations.

Following the conviction, Tarrant County prosecutors brought three witnesses to the stand as part of the punishment phase in the case.

The women testified about their counseling relationships with Loven and how they at times were inappropriate.

Stephanie Carroll testified that she was having problems with alcohol, which is why she went to Loven. She said that after her counseling ended Loven invited her to a bar and encouraged her to drink. Carroll said it wasn't something anyone should do with someone recovering from alcoholism, let alone a counselor.

"Not even a friend would do that," she testified.

Another former patient, Sharon Creekmore, said that Loven hurt her relationship with her eldest daughter, whom she brought to Loven in an attempt to improve her anxiety issues and to return to college.

She said Loven rushed her daughter back into enrollment and that something happened over a period of two weeks that her daughter has never spoken about.

"I believe Sheila Loven harmed my relationship with my daughter," Creekmore testified.

A third women then testified about her counseling interactions with Loven. The woman, who we will not identify as she is a victim of sexual assault, testified that Loven worked with her after her husband left her.

She testified that Loven made several passes at her, resulting once in kissing and on a second occasion kissing and sexual contact.

The witness also said she witnessed Loven in sexual acts with current and potential patients, as well as use drugs.

The woman said she ultimately had to leave the state to get rid of Loven and get her life back on track.

"She (Loven) harmed me in so many different ways," she testified.

The prosecution wrapped up its punishment phase case by 4 p.m. on Tuesday. The phase resumes with the defense's case on Wednesday morning.

The trial resumed Friday afternoon with a handful of prosecution witnesses, before the state rested. The defense put on no witnesses, as it is not required to do so.

During closing arguments, the prosecution and defense said Loven was a bad counselor and what she did was wrong, but both sides disagreed on whether it was illegal.

Prosecutors Betty Arvin and Sean Colston compared the counselor and patient relationship to preacher and parishioner or student and teacher.

They argued that the victim, who NBC 5 will not identify, was emotionally dependent on Loven as a licensed counselor, and she exploited that relationship for sex.

Text messages, allegedly from Loven to the victim and his wife, were brought up during closing arguments.

"It tells you that Sheila knew (victim) was emotionally dependent on her," Assistant District Attorney Colston argued.

Defense Attorney Mark Scott admitted his client's actions were immoral and argued that his client didn't take advantage of the victim or manipulate him and his wife, rather she simply developed feelings for him.

"I know you don't like Sheila, I don't blame you," Scott said. "What she did is terrible, it's disgusting. They want you to believe that leaving love notes for him was manipulative, that telling him he was handsome was manipulative. Ladies and gentlemen she fell in love with (the victim), it's a bad idea, terrible. Immoral, unethical, improper, goes across boundaries, not right, not illegal."

Colston said it is illegal and if the genders were different there would be no doubt.

"What if this was a woman treated by a counselor, we would have no doubt that she was exploited, that that was an illegal act," Colston said.

The wife took the stand on Thursday and testified about her relationship with Loven, which she described as “visiting her best friend once a week to talk.”

The wife said Loven spoke unfavorably about her husband for months and encouraged the two to divorce.

In Sept. 2009, after the wife filed for divorce, she met Loven at Flip's in Grapevine, Texas. Throughout lunch she disclosed to Loven suspicions she had about her husband seeing someone. She testified that after a possible girlfriend was mentioned, Loven admitted her involvement.

"It's me, it's me," the wife said Loven told her. "She had developed an interest in my husband and wanted to seek a relationship with him," she said in court.

The wife added that she was numb after the conversation with Loven and eventually got up and left the restaurant.

The Fort Worth Star Telegram reports that Loven and the husband had an affair for two months in 2009 before the couple reconciled after realizing that Loven had been deceiving them during their separate counseling sessions.

After the couple’s reconciliation, they started receiving sexually graphic, threatening and insulting text messages in Jan. 2010, allegedly from Loven.

The defense argued in court that the messages could not be authenticated. Judge Ruben Gonzalez over ruled the objections.

Prosecutor Betty Arvin quoted in court a text message to the husband that read: "When are you going to figure out that you are nothing without me? I made you a man."

A text sent to the wife read: "I want you to suffer.”

The couple is now divorced.

Throughout Thursday's trial the husband testified. He detailed the issues in his marriage, why he and his wife went to counseling, and how the sexual relationship with Loven, started, continued and ended. But the man, who NBC 5 will not identify, said if he only knew what Loven was up to he wouldn't have done it.

"If you had the knowledge that you had on Sept. 19, 2009, would you have ever had sex with Sheila Loven?" Asked Tarrant County Assistant District Attorney Sean Colston. "No," the victim testified.

The husband said he entered into marriage counseling because that is what his wife wanted and he wanted to keep his marriage together. He testified that he and his wife were manipulated in separate counseling sessions by the defendant, Loven, and those manipulations eventually led the victim into going to a night club with Loven.

He said Loven touched him inappropriately at the time, but he thought it was merely an accident. In the days that followed, the victim went to Loven's house to bring her some supplies. That's when he said Loven first kissed him and he kissed back.

"I kissed her, then I was like oh (expletive), what have I done?" said the victim.

The kiss then led to to a sexual relationship that ended only after Loven told the victim's wife about the affair. The husband and wife reconciled when they realized what was going on, although the two have since divorced.

Loven's defense attorney tried to get the victim to paint the relationship as purely consensual, and one that isn't coerced.

"You were a willing participate in that," asked attorney Mark Scott.

"Nobody had showed me attention like that in months and here, yes, my counselor," the victim testified.

The victim also said Loven told him she loved him repeatedly. It's affection the victim testified he liked because he was having a rocky stretch in his marriage.

But the victim ultimately wanted to get back together with his wife.