Several food banks have reported a similar dynamic: minimal volunteers for most of 2021, then a surge last fall through November and December before falling off a cliff in January

Food banks across the country are experiencing a critical shortage of volunteers as the omicron variant frightens people away from their usual shifts, and companies and schools that regularly supply large groups of volunteers are canceling their participation over virus fears.

The end result in many cases has been a serious increase in spending by the food banks at a time when they are already dealing with higher food costs due to inflation and supply chain issues.

“Food banks rely on volunteers. That's how we keep the costs low,” said Shirley Schofield, CEO of the Food Bank of North Alabama. “The work still gets done but at a much higher expense.” 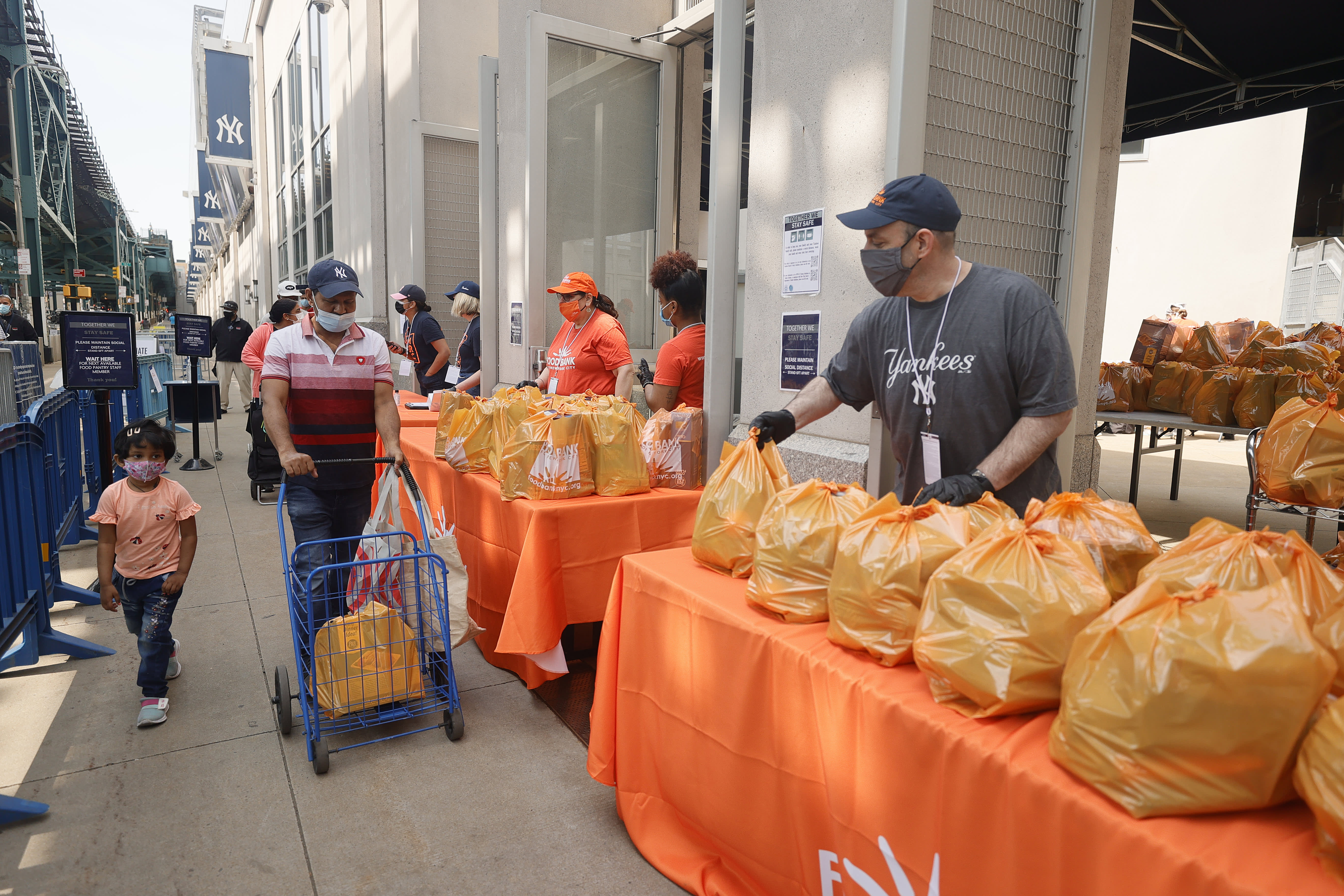 US Food Banks Struggle to Feed Hungry Amid Surging Prices 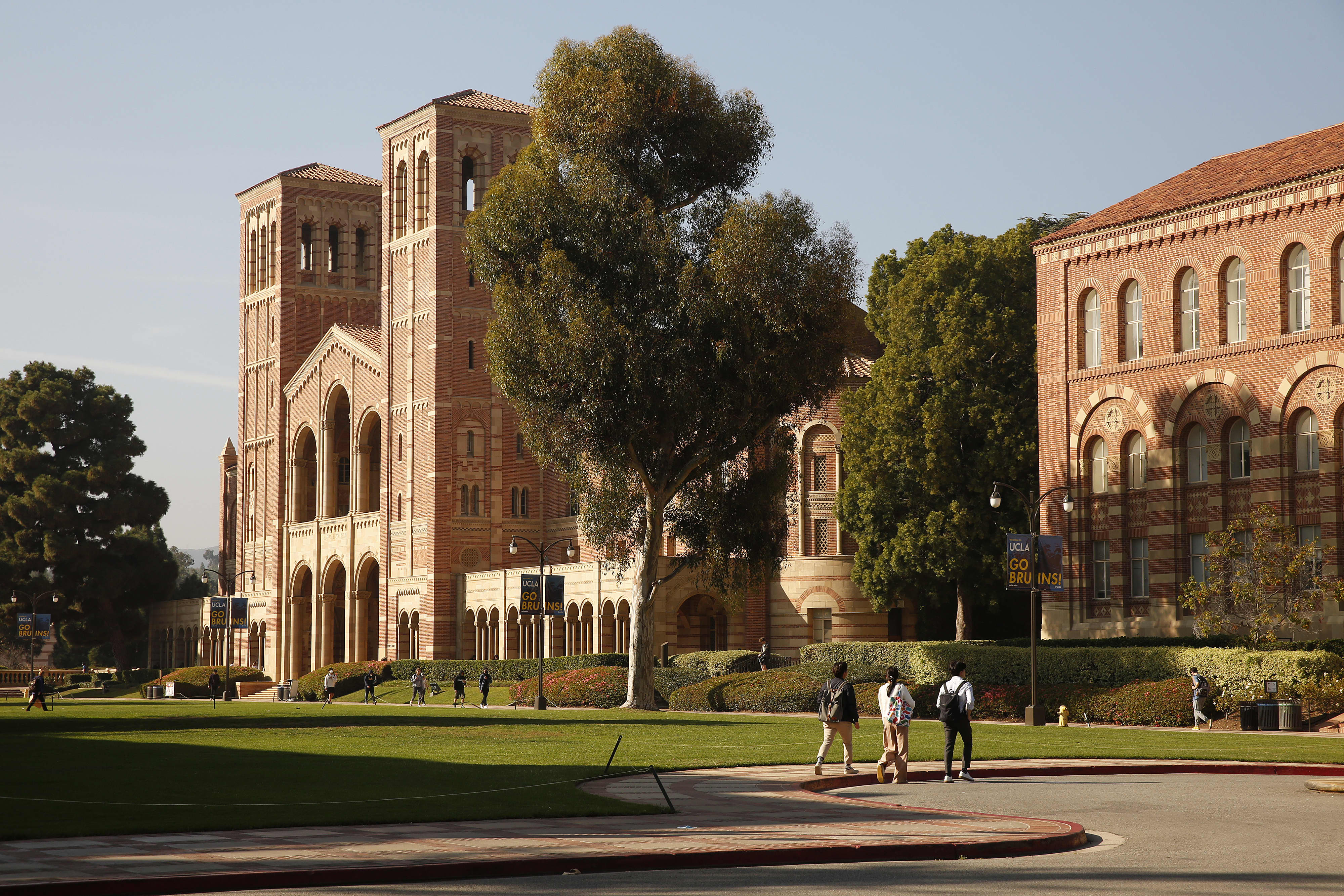 California Program Will Pay College Kids $10,000 for a Year of Volunteer Work — and It Could Be ‘Replicated Across the Nation'

The extent of the problem was highlighted this past week during the national holiday for Martin Luther King Jr. Day, when many food banks have traditionally organized mass volunteer drives as part of a day of service.

Michael Altfest, director of community engagement for the Alameda County Community Food Bank in Oakland, California, called it “without fail, our biggest volunteer event of the year.”

But many food banks chose to cancel their plans this year or continued with radically lower numbers than pre-pandemic years.

Altfest said his food bank's King Day event drew 73 people spread out over two shifts, when previous years had drawn more than 200 people with all volunteer slots booked up before New Year's Day. The food bank did not attempt an event last year.

In Tallahassee, Florida, plans for a volunteer-driven event on the holiday were abruptly canceled when all the volunteers dropped out. Schofield said executives at her food bank in Huntsville, Alabama, are debating whether to cut back on their mobile food pantry distributions because they simply do not have enough volunteer-packed food boxes to hand out.

The shortage of volunteers is not universal.

Michael Manning of the Greater Baton Rouge Food Bank in Louisiana said his volunteer numbers have remained strong and his MLK Day event proceeded normally with two shifts of more than 50 people.

But several food banks have reported a similar dynamic: minimal volunteers for most of 2021, then a surge last fall through November and December before falling off a cliff in January.

Food banks generally use volunteers to sort through donations and to pack ready-made boxes of goods for distribution. It is common practice to arrange for local companies or schools to send over large groups of volunteers, but that has left the system vulnerable to those institutions pulling out all at once.

At the Second Harvest of the Big Bend food bank in Tallahassee, Florida, the volunteer numbers have remained solid through the omicron surge. But CEO Monique Van Pelt said she was forced to cancel her MLK Day plans because the volunteers all came from a single corporate partner that “didn't think it was safe for them to gather as a group in such tight quarters.”

Jamie Sizemore had planned for 54 volunteers from three corporate groups at the Feeding America, Kentucky's Heartland food bank in Elizabethtown, Kentucky. But two groups canceled and the third sent less than half its promised number.

“We did manage to pick up some last minute individuals for a total of 12 volunteers for the day,” said Sizemore, the executive director. She added that a long-term contingent of eight assigned Kentucky National Guardsmen frequently help fill the volunteer gaps.

Javier Albarran had worked in a hotel kitchen for more than 25 years when he lost his job last March due to the pandemic. Finding himself without insurance or the income he needed to get by, he said, “I didn’t know what to do." When a friend asked him to take him to a food bank, Albarran overcame his embarrassment to finally ask for help. He shared his story with NBCLX.

In Irvine, California, the Second Harvest Food Bank of Orange County has launched an ambitious farm project on 45 acres of land provided by University of California. So far, 22 acres have been planted with cabbage and broccoli, and it's harvest time. The plan was conceived with the intention of using up to 300 volunteers per week, organized in groups from corporate partners such as Disney. But most of the partnering organizations have suspended their volunteer drives amid the omicron surge.

“It’s a bummer because it’s a great outdoor experience,” said Claudia Keller, the food bank's CEO . “We’re crossing our fingers that this is a short-term thing. We know many of the volunteers are chomping at the bit to get out there.”

The sudden absence of volunteer labor forces most food banks into more expensive choices. When the farm runs short of volunteers, paid laborers are employed.

At the Capital Area Food Bank in Washington, D.C., CEO Radha Muthiah has to order truckloads of prepackaged boxes of mixed goods to distribute because there aren't enough volunteers to pack.

“When it’s prepackaged, that tends to increase the price significantly,” Muthiah said.

In addition to the financial costs, some executives point out a more subtle impact.

“Volunteerism is about more than just getting the boxes packed,” said Schofield, from the Alabama food bank. “It builds camaraderie and a sense of community. It’s a sign of a healthy community at large.”

Vince Hall, government relations officer for Feeding America, which coordinates the work of more than 200 food banks, said the volunteer numbers are partially a reflection of long-term emotional fatigue and burnout. As the nation endures a second pandemic winter and the omicron variant rolls back some of the progress people expected from the vaccine, long-time volunteers are wearing down.

“These people who are really part of the bedrock of our volunteer workforce, They’ve been doing this since March of 2020,” Hall said. “It takes an emotional toll on people.”