This story is part of CNBC Make It's Millennial Money series, which profiles people around the world and details how they earn, spend and save their money.

In May 2019, Carlina Williams unexpectedly lost her job — and the experience completely changed her relationship with money.

Williams, who goes by Carlina Will professionally, was an associate producer at The Walt Disney Company in Los Angeles, California. Although she heard rumors of potential lay-offs, she didn't think her department would be affected. 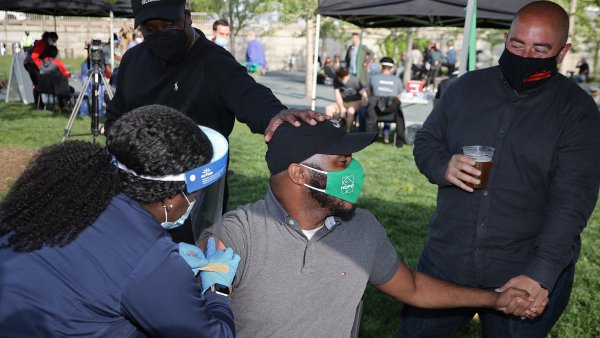 Covid Vaccines, Alcohol and Marijuana: What to Know Before Your Shot 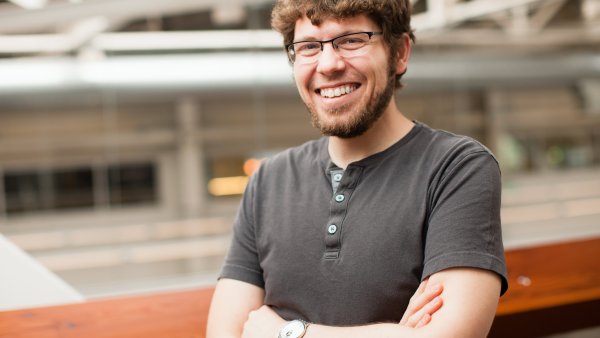 Discord Is Rapidly Expanding Beyond Gaming, Attracting Suitors Like Sony and Microsoft

While Williams lived comfortably on her $75,000 annual salary, she wasn't able to save much of her income and had just $6,000 in emergency savings. Most of her paycheck went toward the $1,500 rent on her studio apartment.

Her financial situation made losing her job "scary," Williams, 30, tells CNBC Make It. "The bills don't stop coming. The rent doesn't stop. Any savings can deplete very quickly – there was a moment where I only had $5 in my bank account and my mom helped me pay my rent."

Williams also had a significant amount of debt at the time, including $2,200 in credit card debt from car repairs, $3,500 for Lasik eye surgery and $5,500 in student loan. Williams also owed around $20,000 on another credit card, and she is currently engaged in a lawsuit with the card issuer over the remaining balance.

Williams decided that going forward, she would prioritize establishing multiple streams of income for herself. As Williams looked for full-time work, she also built up her YouTube channel, "Cooking with Carlina," where she hosts a cooking show sharing various recipes.

Almost a year later, in April 2020, Williams landed a job as a production coordinator at Nickelodeon. The entry-level role is a step down from Williams' previous position, but she's happy to be employed.

"It does hurt your ego for sure, but I have so much life to live," Williams says. "I'm only 30, so I can take that time to build back up and to continue to have multiple streams of income."

To continue to save money and spend time with her family during the pandemic, Williams also moved back home with her mom in Jacksonville, Florida, in October 2020.

Today, she earns a total of $55,000 per year through her full-time job at Nickelodeon, which pays $52,000, and her social media side-hustle, where brand partnership deals on YouTube and Instagram earn her about $3,000 per year.

Williams worked at Disney for about four years and likens getting laid off to "getting a divorce."

Not only was losing her job emotional, but Williams struggled financially as well. She had to spend nearly all $6,000 she had in savings as bills piled up and debt mounted.

"When you don't have money and you only have $5 in your bank account, that creates some kind of PTSD," she says. "I did have a 401(k), and I had to pull from that. It was scary — not something I would wish on my worst enemy."

Williams says she took $1,100 out of her 401(k), plus an early withdrawal penalty, completely emptying her retirement savings.

"I know a lot of people are like, 'Oh my gosh, you touched your 401(k)? How could you?' But it's either that or sleep on the street," Williams says.

Still, Williams tried not to dwell on the job she lost and immediately started looking for new opportunities. "You realize that bills still need to get paid. In your mind, the world has stopped, but the rest of the world is still moving," she says.

During the summer of 2019, a former Disney colleague reached out to Williams. They were familiar with Williams' YouTube channel and encouraged her to audition for a new Disney+ show called "Muppets Now." In July of that year, she landed the gig and starred in a cooking segment where she cooked Caribbean food with Muppet character "the Swedish chef."

Williams received a one-time payment of around $500 for the segment, which "was a little bit shocking," she says. "People think just because you're on TV, you make a lot of money."

Still, "it was a great opportunity to expand my brand. That show, I think, is what led to my brand partnerships for my business and the continued partnerships that I'm getting now," she says.

In September 2019, she found a job as an executive assistant earning $20 per hour. And in October 2019, she started working at decor company Pier 1, where she earned minimum wage. Despite earning much less than she did at Disney, she was able to pay off $11,200 of her debt within six months.

Moving home during the pandemic

Due to the pandemic, Nickelodeon allows her to work remotely, which gave her the ability to move from L.A. to Jacksonville and keep her job.

Williams' decision to move home also helps her save money. Instead of the $1,500 in rent she paid in L.A., Williams gives her mom $350 per month, which goes toward utilities and her phone bill. The mortgage on her mom's house is already paid off.

The Covid-19 pandemic has been "terrible," Williams says, but she's lucky to be able to rely on her mom. "Having my mom's blessing in this pandemic has been instrumental," she says. "It's been amazing to have my mother's support to come back, save money, spend time with her."

Working from home also gives Williams the flexibility to focus on her YouTube channel, where she's able to generate about $3,000 a year through brand partnerships.

Williams' mom helps her film content for brand deals, so she gives her a 20% cut of each deal.

"I like to tell people that my mom works for me," Williams jokes. As a lawyer, "she's the one who reads all of my contracts and makes sure that I'm working with great people and being paid adequately for my time. It's really cool to have my mom in my corner because she knows me the best."

Williams also enjoys that her side hustle lets her be her own boss because it gives her more control over her career. As a Black woman, "I'm a double minority," Williams says. "I have to work 10 times harder to just move up. It's really hard as a minority to be successful working for somebody else."

Williams' journey hasn't been easy, but it did teach her a lot about money. "It helped me realize what was important in my life and where each dollar goes," she says.

Growing up, "I didn't know that I could have multiple streams of income. I had to learn all that later in life," Williams says. "In the Black community, they don't talk about money like they do in other communities. It's something that you're supposed to keep to yourself and don't tell anybody. It's hush-hush."

Along with prioritizing saving and managing her income streams, Williams also canceled most of her credit cards.

In 2015, Williams' father suffered a stroke, and she used her Bank of America credit card to cover travel expenses so she could regularly visit him. The charges added up quickly and from there, interest began to pile up as well. Williams estimates that she racked up $12,000 worth of debt on the card. She says she made regular payments through 2019 and estimates she paid a total of $23,000, including interest.

In 2019, she closed the card on the advice of a friend, thinking it would stop interest from accruing. In early 2021, she was charged with a lawsuit by Bank of America over the remaining balance on the card, around $20,000. Bank of America declined CNBC Make It's request for comment.

The experience turned Williams away from credit cards. Now, she says she keeps only one card in case of emergencies, but rarely uses it.

Her experience with debt is, in part, why Williams wanted to share her story on Millennial Money. She wants to show that debt doesn't always come from irresponsible spending.

"I'm sure other people have gone through it and been like, 'OK, I'm not the only one who got myself into this hole of debt because of a parent being in the hospital or a family member who is sick,'" she says.

How she budgets her money

Here's a look at how Williams spends her money as of January 2021.

Food, of course, is a large part of Williams' side hustle. While the $300 she spends on food for her YouTube channel may seem like a lot, it's necessary for Williams since it's part of her job. "When you're doing a cooking show, you have to make everything at minimum twice, sometimes three times," Williams explains.

Before the pandemic, Williams would spend about $150 per month on food delivery, but has stopped since she moved back in with her mom. "I'm a foodie, but at least I'm cooking my own food," she says.

To save more money, Williams doesn't spend on a gym membership or streaming services — not even Disney+. Instead, she watches ads to get access to free platforms like YouTube and Spotify.

For Williams, an especially important part of her monthly budget is her $200 monthly donation to organizations like Young, Black and Lit.

"Giving to charity has always been a part of my life and with 2020, just going through everything happening with George Floyd and Black Lives Matter, I realized a lot of people were saying they 'didn't know' [about America's history of systemic racism]," she says. "So, I found Young, Black and Lit, which distributes books for children written by Black authors about Black history."

She also spends time volunteering with the Salvation Army.

Looking ahead, Williams hopes to continue to grow her personal brand, and ultimately, only work because "I want to, not because I have to."

"I want to own a tiny house so I can drive everywhere and be able to blog and do my channel and live anywhere," she says. "'Cooking with Carlina' will always be my main focus, and I'm very thankful that the jobs I've had have recognized that."

What's your budget breakdown? Share your story with us for a chance to be featured in a future installment.