Goldman Sachs economists have cut their forecasts for China's economic growth in 2021 as the world's second-largest economy faces "yet another growth shock" in the form of constraints on energy consumption.

The Wall Street banking giant now expects China's GDP to grow 7.8% in 2021 compared with a year ago — that's lower than its previous forecast for an 8.2% year-on-year expansion. Goldman's downgrade followed similar moves by Nomura and Fitch. 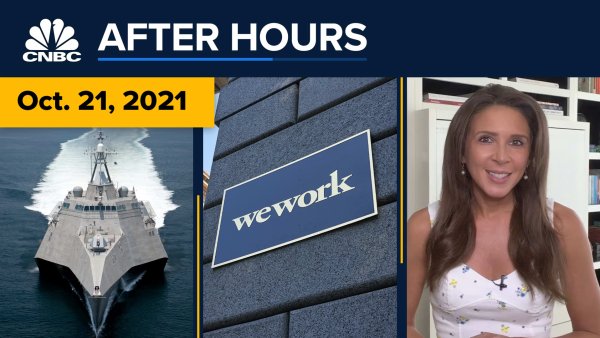 What It's Like Inside the Navy's Littoral Combat Ship: CNBC After Hours

"A relatively new, but tightening, constraint on growth comes from increased regulatory pressure to meet environmental targets for energy consumption and energy intensity," the economists said in a Tuesday report.

Chinese President Xi Jinping announced in September last year that China is aiming to reach peak carbon emissions by 2030 and become carbon neutral by 2060. That kicked off national and local plans to reduce production of coal and other carbon-heavy processes.

It has come on top of other economic risks for China, such as a slowdown in property sales and construction activity in the wake of a debt crisis facing real estate giant Evergrande, said Goldman.

In addition, regulatory tightening in other sectors and targeted restrictions to curb local Covid-19 outbreaks would also weigh down the Chinese economy, said the bank.

Efforts to reduce emissions and a shortage in coal supplies caused power shortages across China that halted production at factories including those supplying Apple and Tesla, reported Reuters.

"The peculiar nature of the Covid shock has made the economy more energy-intensive, at least temporarily," said Goldman's economists, explaining that an exports boom following the pandemic increased the demand for power from manufacturers.

"Meanwhile, efforts to reduce coal-fired related emissions and a reduction in coal imports have affected supply levels at least on the margin, contributing to a sharp increase in prices," they added.

Goldman said production cuts among manufacturers and less fiscal support mean that the Chinese economy will grow at a slower pace in the third and fourth quarters this year.

The bank expects China's economy to grow 4.8% in the third quarter of 2021 compared to a year ago, and 3.2% in the fourth quarter. Previously, Goldman's forecasts were 5.1% and 4.1% for the third and fourth quarters, respectively.

China said its economy grew 7.9% year-on-year in the second quarter this year.

The agency downgraded its 2021 growth forecast for China to 8% from 8.3%. It also cut its growth projection for Asia-Pacific to 6.7% for this year from 7.5% previously.

China’s ‘common prosperity’ push could put Tesla and these other stocks at risk, BofA says

"One downside and rising risk relates to a changing growth path in China," Paul Gruenwald, global chief economist for S&P Global Ratings, said in a report.

Persistent Covid waves have also weakened the region's economic outlook, said the agency. But vaccination rates have increased while countries have become more tolerant of further Covid outbreaks — which will allow economies to gradually open, it added.