CDC Says Roughly 4,100 People Have Been Hospitalized Or Died With Covid Breakthrough Infections After Vaccination

More than 4,100 people have been hospitalized or died with Covid-19 in the U.S. even though they've been fully vaccinated, according to new data from the Centers for Disease Control and Prevention.

So far, at least 750 fully vaccinated people have died after contracting Covid, but the CDC noted that 142 of those fatalities were asymptomatic or unrelated to Covid-19, according to data as of Monday that was released Friday. 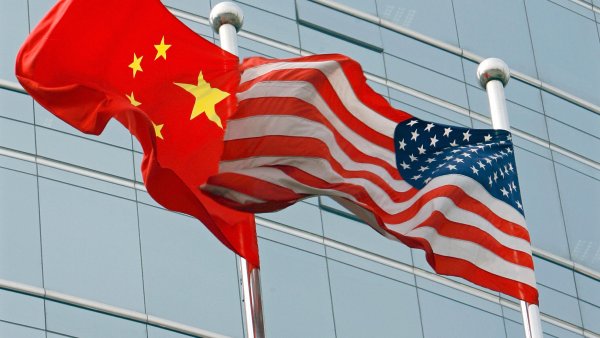 China Is Still Falling Short of Meeting an Agreement to Reduce Its U.S. Trade Surplus

The CDC received 3,907 reports of people who have been hospitalized with breakthrough Covid infections, despite being fully vaccinated. Of those, more than 1,000 of those patients were asymptomatic or their hospitalizations weren't related to Covid-19, the CDC said.

"To be expected," Dr. Paul Offit, a top advisor to the Food and Drug Administration on children's vaccines told CNBC. "The vaccines aren't 100% effective, even against severe disease. Very small percentage of the 600,000 deaths."

Breakthrough cases are Covid-19 infections that bypass vaccine protection. They are very rare and many are asymptomatic. The vaccines are highly effective but don't block every infection. Pfizer and Moderna's phase three clinical studies found that their two-dose regimens were 95% and 94% effective at blocking Covid-19, respectively, while Johnson & Johnson's one-shot vaccine was found to be 66% effective in its studies. All three, however, have been found to be extremely effective in preventing people from getting severely sick from Covid.

The CDC doesn't count every breakthrough case. It stopped counting all breakthrough cases May 1 and now only tallies those that lead to hospitalization or death, a move the agency was criticized for by health experts.

Most Americans have received at least one shot of the two currently authorized mRNA vaccines. The U.S. has administered 178.3 million shots and fully vaccinated 46% of its population.

"You are just as likely to be killed by a meteorite as die from Covid after a vaccine," Dr. Peter Chin-Hong, an infectious disease expert at the University of California San Francisco, told CNBC. "In the big scheme of things, the vaccines are tremendously powerful."

Efficacy rates decrease slightly for variants like alpha and delta, with studies indicating 88% efficacy against the delta strain after two doses of the Pfizer vaccine. It was unclear if any of the reported breakthrough cases were caused by variants.

In Israel and the United Kingdom, concerns about the delta variant are rising after growing reports of breakthrough infections.

Even with 80% of adults vaccinated, Chezy Levy, director-general of Israel's Health Ministry, said the delta variant is responsible for 70% of new infections in the country. Levy also said that one-third of those new infections were in vaccinated individuals.

In the U.K., Public Health England released a report that found 26 out of 73 deaths caused by the delta variant occurred in fully vaccinated people from June 8 to June 14. Most of the deaths occurred in unvaccinated individuals.

"Determination of whether hospitalizations and deaths are more represented in immunocompromised patients and the type of vaccine received will be important for future guidance," Chin-Hong said.

An overwhelming majority, 76%, of the hospitalizations and deaths from breakthrough cases occurred in people over the age of 65.

"We do not have the years and years of data we have for vaccines against other airborne pathogens — and therefore it is really essential that the CDC provides up to date reporting on breakthrough cases," David Edwards, aerosol scientist and Harvard University professor, told CNBC.

The CDC says its numbers are "likely an undercount" of all Covid infections in vaccinated people because the data relies on passive and voluntary reporting.