Severe storms left behind major damage in Arlington Tuesday night that, according to the National Weather Service radar data and preliminary survey estimates, was caused by an EF2 tornado with wind speeds of about 115 mph.

The NWS said overnight that CASA and NEXRAD data indicated the damage caused in Arlington was due to a tornado. NWS Meteorologist Jennifer Dunn said early Wednesday afternoon that preliminary evidence found by the survey team at the damage sites indicates the tornado was an EF2.

Dunn said the full track of the tornado, including the path length and width, will take a couple of days to finalize and that the strength of the tornado is subject to change as the investigation continues.

The Arlington Fire Department said after the storm rolled through at about 9 p.m. and that soon after they were receiving calls for damaged or collapsed buildings, gas leaks, downed power lines, road debris and disabled traffic signals.

In all, the fire department said overnight they'd found seven buildings had collapsed including locations at three apartment complexes, two commercial buildings, a church and a home.

It appears one of the hardest-hit areas is in East Arlington along West Pioneer Parkway between South Cooper Street and Collins Street where The Mirage and Waterdance Circle apartment complexes suffered significant damage.

Officials said 75 families had been displaced from those apartment communities and that they have been provided shelter Wednesday by the American Red Cross. 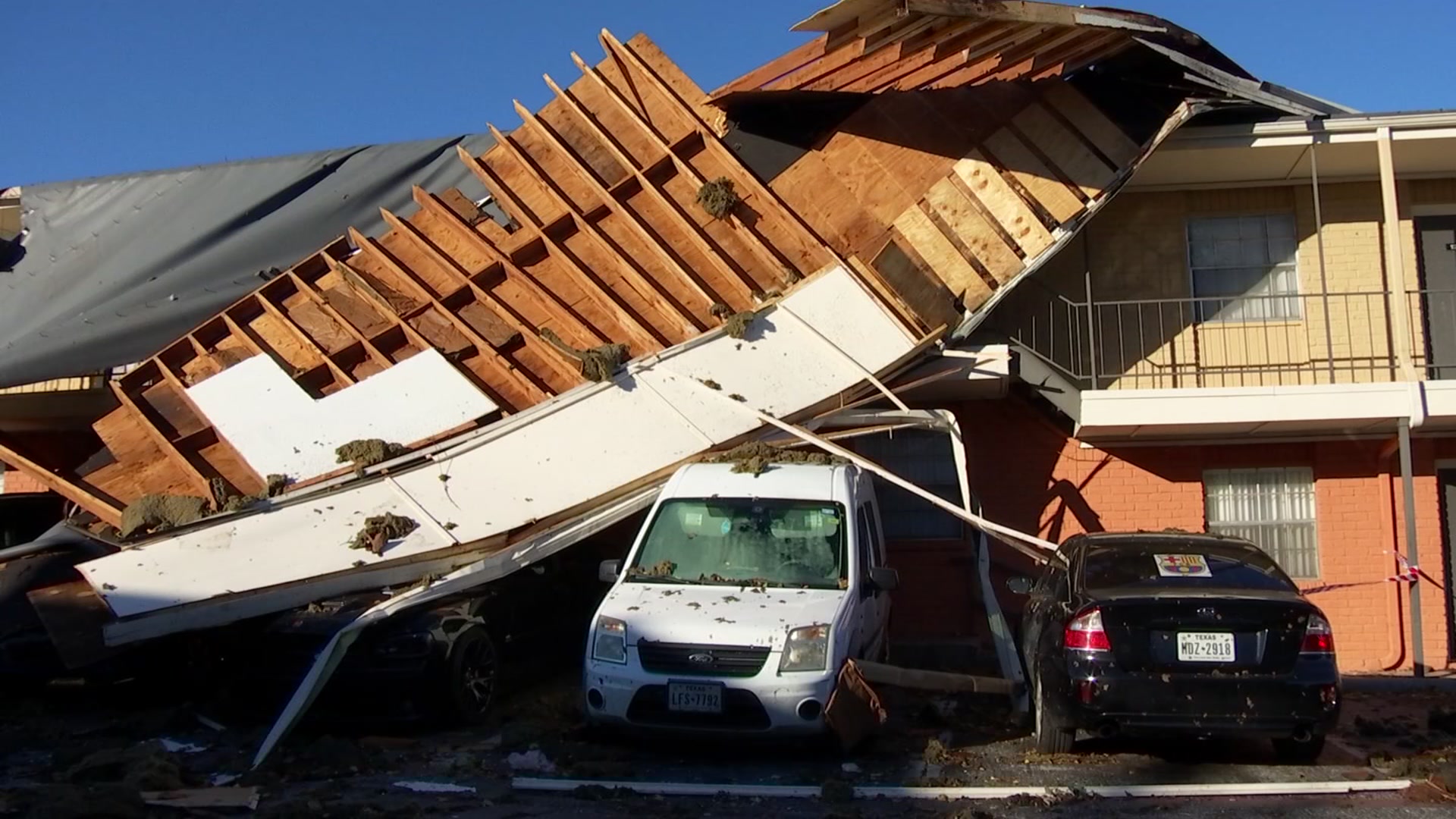 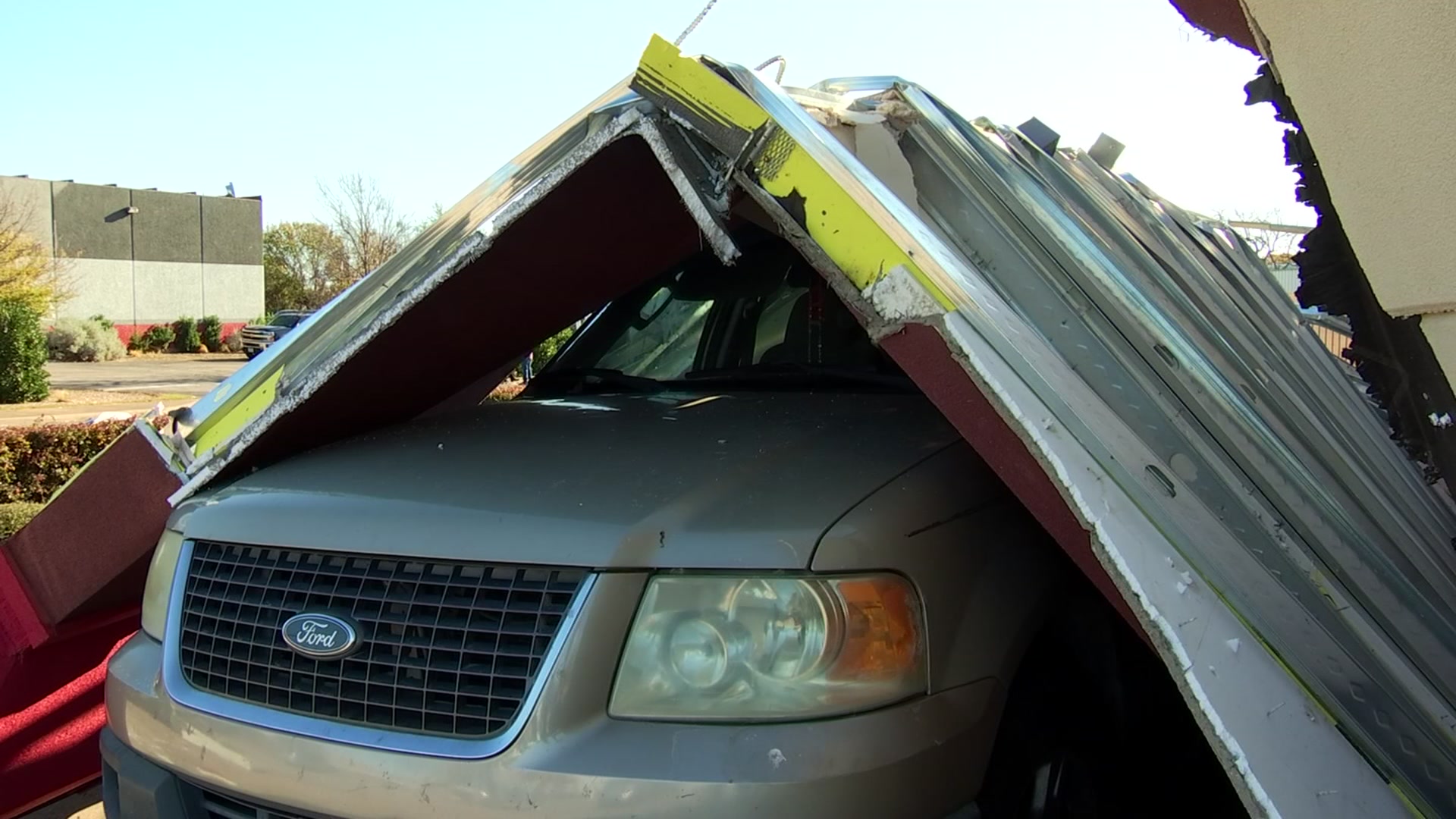 Woman Trapped in Car After Arlington Tornado: ‘It Was Bad'

"And all the sudden, I just heard this big wind and the windows shook and everything just went crazy," said Minerva Rios. "My son came upstairs and helped me come downstairs because I can't walk. So it was just horrible."

At the Waterdance Circle apartments the roof was blown apart with people inside.

"I don't know it just happened so quick. It sounded like, windows crashing in," said Wilma Morris who was sleeping on the couch when the storm hit.

She was at home with her 17-year-old granddaughter when the storm hit.

The roof of the drive-thru at the Burger Box restaurant along South Cooper collapsed on top of two cars that were waiting in line. Three people were inside those cars when the roof came crashing down on top of their cars. Firefighters helped get them out. Thankfully, no one was seriously hurt.

Debris could be seen all around that area.

Next door to the Burger Box, a Safelite AutoGlass shop was also damaged. Video from the scene showed the garage doors of the shop blown off, and glass all over the parking lot.

The Arlington Fire Department reported multiple locations reported gas leaks and power lines down. Atmos and Oncor were called to the scene to make repairs.

The fire department said a total of three people were transported to local hospitals with minor injuries. Residents are just thankful it wasn't worse.

"Everything else is material. So everything else can be replaced. Your life can't," said Rios. "And I'm just blessed that we're OK."

In the southern United States, tornadoes and severe storms are not uncommon in the late fall and early winter. 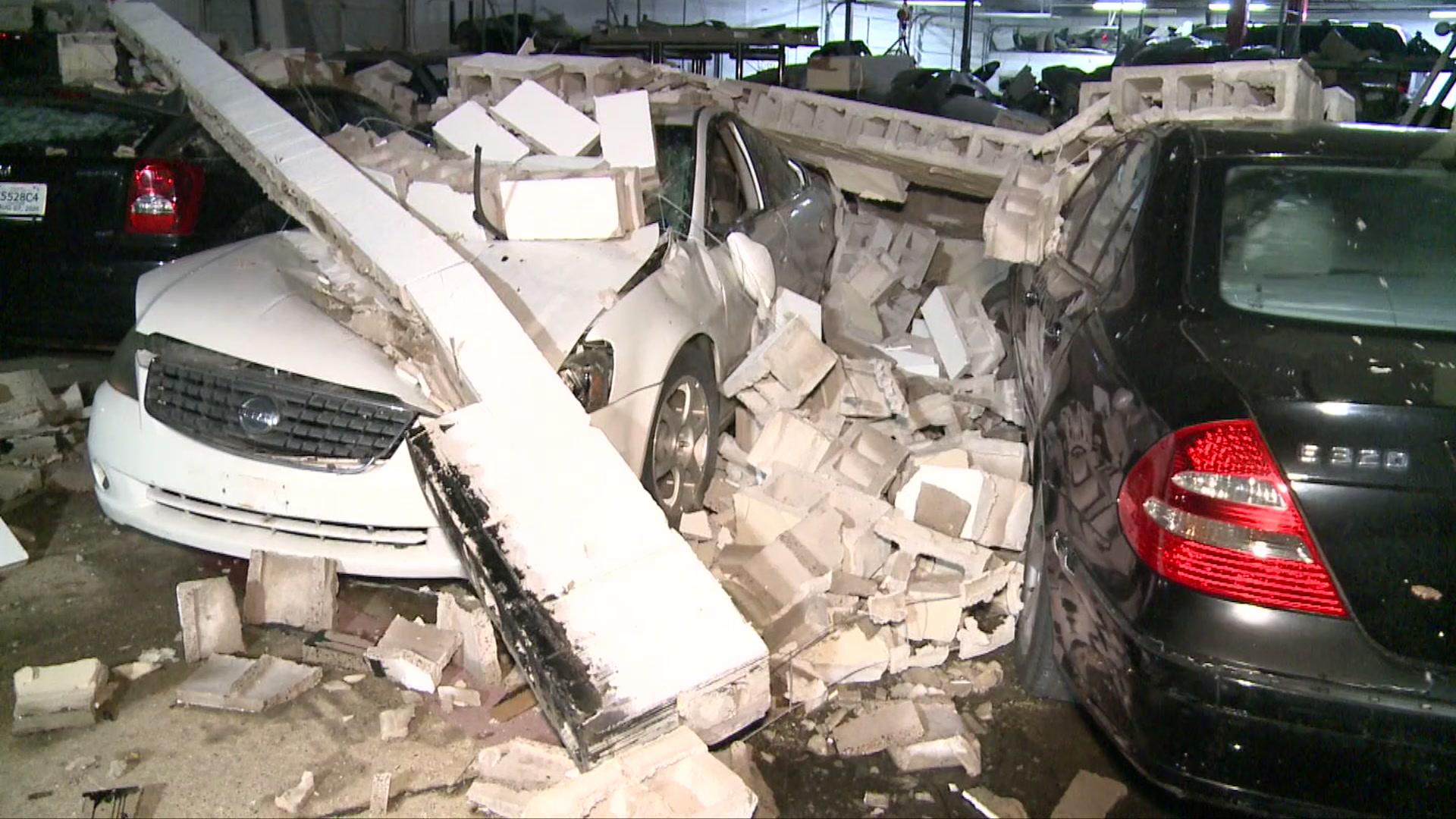 Major Damage in Arlington May Have Been Caused by EF1 Tornado 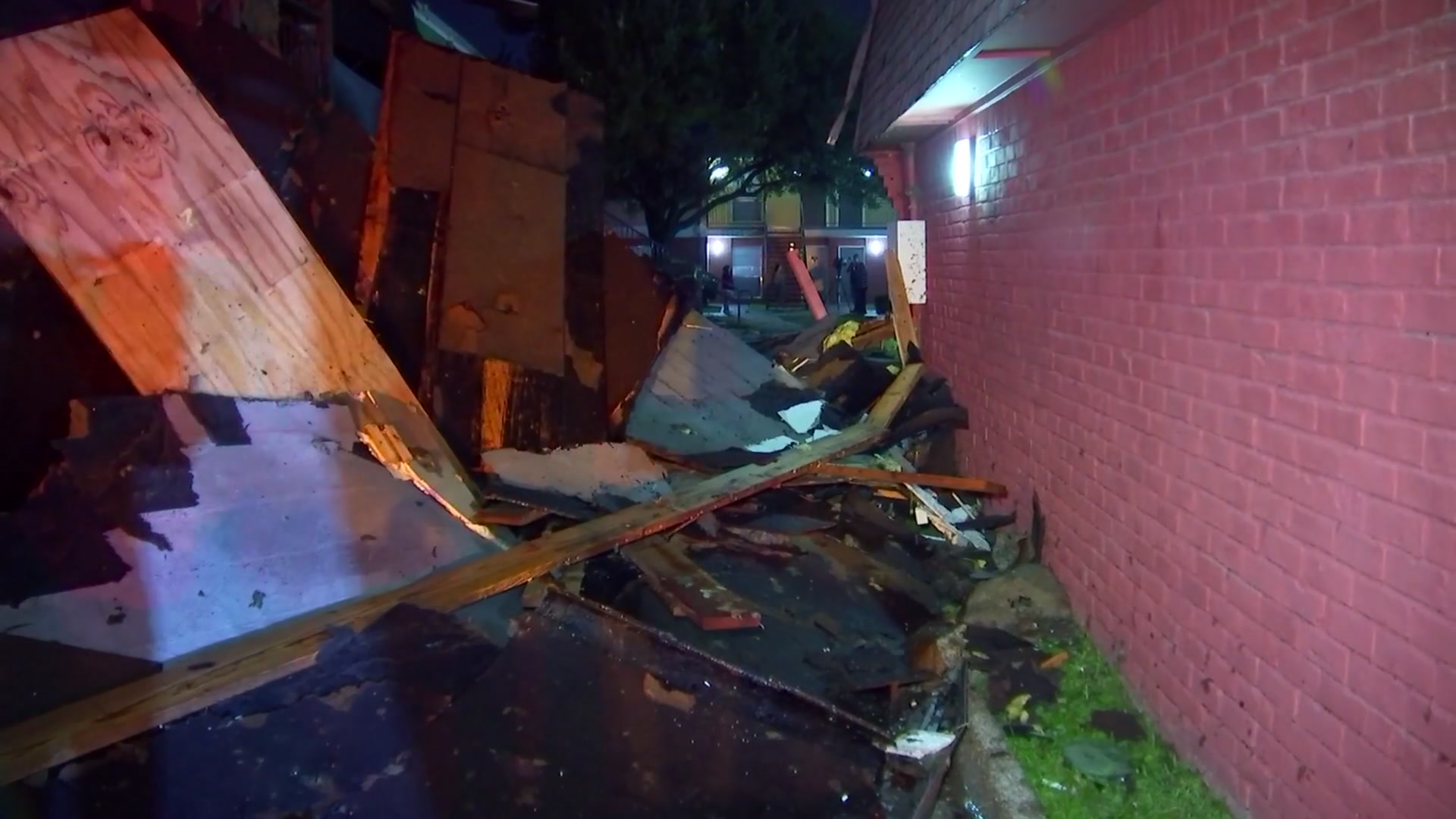 "We could get a tornado any month of the year here," Dunn said.

The Storm Prediction Center in Norman, Oklahoma, said more severe thunderstorms are possible throughout the week in parts of the South and Midwest.

Thanksgiving Day in North Texas is expected to be calm, with sunny skies and temperatures climbing into the low 70s. There are more chances for rain on Friday, Saturday and Sunday. Get the latest forecast here from NBC 5's team of Weather Experts.

Some Arlington residents were forced from their homes after severe storms spawned what’s believed to be an EF1 tornado Tuesday night. NBC 5’s Evan Anderson surveyed the damage. Luckily no one was severely injured.