Texas' Kluber Shut Down, Could Be Done for 2020

Two-time AL Cy Young winner Corey Kluber could be done for the season. He is headed to the injured list after just one inning in his debut as a Texas Rangers starter.

Kluber has a tear in a small muscle in his right shoulder and is not expected to make another start this season -- if he pitches at all.

No surgery will be required, but Kluber will receive a platelet-rich injection. He will then be evaluated in about four weeks to determine if he can start throwing again. 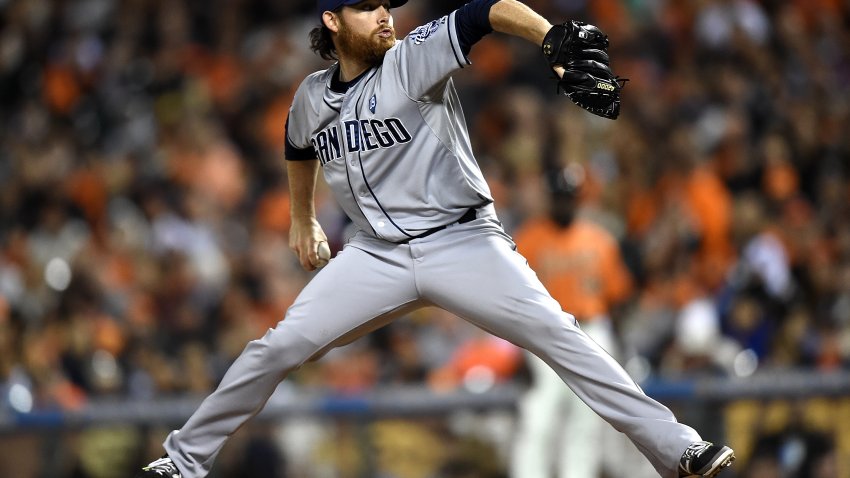 "Given the time frame here and the nature of a 60-game schedule and everything that goes with it, the timeline is not on our side," Daniels said. "We will give him his period to rest, and then if it's recovered, or the injury is healed to the point where he can begin throwing, he'll do so with the potential to possibly be ready for the end of the season. If that is the case, it'd probably be more likely as a reliever, given the time needed to build up as a starter."

Kluber exited Sunday's game with tightness behind his shoulder. It was his first start in the majors since May 1, 2019, when he broke his right forearm on liner to the mound. He injured his side during rehab last summer.

The Rangers acquired Kluber in a trade from Cleveland in December, adding him to a rotation with All-Star left-hander Mike Minor and hard-throwing veteran Lance Lynn.